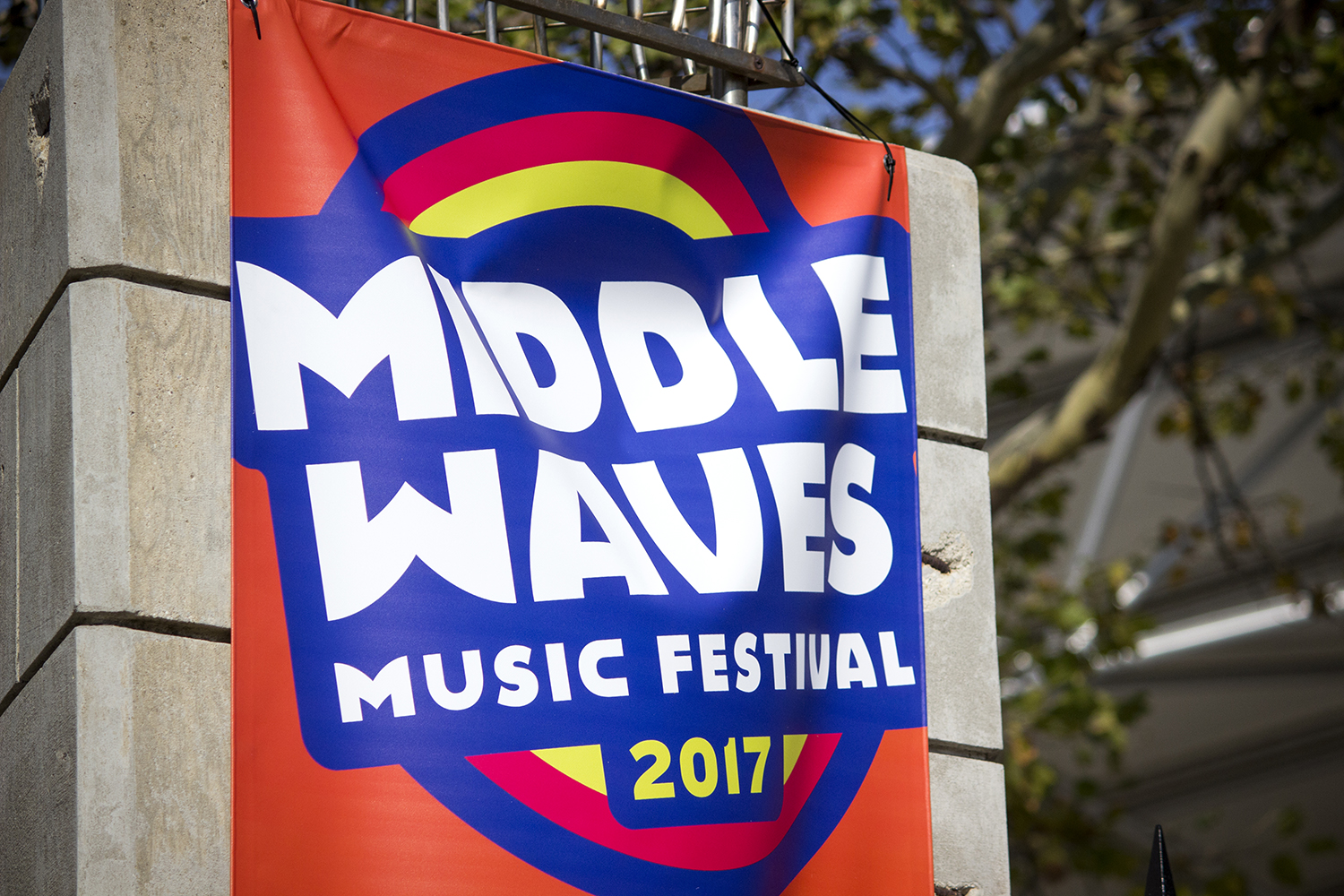 This past weekend marked the 2nd year for the all ages Middle Waves music festival in Fort Wayne, IN. The two-day volunteer-driven destination festival consisted of nearly 30 live acts that played simultaneously on 3 different stages (two of which were completely free to the public). Aside from musical acts, Middle Waves was also the host to a multitude of family friendly activities including a flower crown station, glitter bar, local food trucks, face painting, petting zoo and many more. After a strong first year in 2016, expectations were set very high for the opening night of the event.

The festival kicked off Friday evening in full force with local acts including Flamingo Nosebleed, Zephaniah and My Apollo. Fort Wayne based Indie Rock band Rosalind & The Way started things off on the St. Marys Main Stage with a powerful performance that could be heard throughout the entire festival. Lead vocalist Cassie Beer’s distinctive voice and contagious smile spread like wildfire through the crowd as they cruised through their set.

As the evening progressed, the good vibes continued to grow as national acts Shannon and the Clams and Flint Eastwood took over the stages. Flint Eastwood’s vocalist Jax Anderson took control of the crowd with her electrifying stage presence and awe-inspiring singing voice. Alternative folk rock group Thao & The Get Down Stay Down, based out of San Francisco California, closed out the evening under the stars with both a visually and audibly amazing performance. Fronted by lead vocalist Thao Nguyen, the five-piece serenaded the crowd with their easy-listening and upbeat music.

Day two of the festival started out even stronger with regional acts such as Silbo Gomero, Belle & The Strange, Sleeping Bag and Three Cities. Local favorite Fatima Washington lit up the St. Joseph stage with her stylish appearance and smooth R&B music. Event patrons were also privileged to have the opportunity to see and pet a real live unicorn in person (aka Sebastian the mini horse)!

Far Out Midwest had the opportunity to catch up with two first time festival goer’s. Kelly E. and Baily T., in between sets to gather their thoughts on the nearly new event. “I think it’s great, it’s way better than I expected”, stated Kelly. “I’ve been to Lollapalooza a ton and can definitely see this festival continuing to grow until it evolves into a nationally recognized event.”

Local late addition Sidewalk Chalk had no trouble filling the shoes of Kyle, who unfortunately had to drop out of the festival last minute. Led by the dual vocals of Maggie Vagle and Rico Sisney, the 7-piece hip-hop/jazz/soul group wowed the crowd with their high-energy performance as they played into the evening lights.

Finally, attendees rode out the last wave of the festival with international act MGMT as they lit up the St. Marys Main Stage. The multi-Grammy nominated psychedelic rock band drew the largest crowd of the weekend by far. Fans who had waited all weekend to see the world renowned six-piece were not let down as they put on a performance that will be remembered for many years to come.

Overall, the 2nd year of the Middle Waves music festival was once again a huge success. Based on the number of attendees and good vibes felt over the two-day span, it’s obvious that this festival is here to stay and will only continue to grow stronger each year. We are very excited to see what the festival has in store for everyone in 2018!