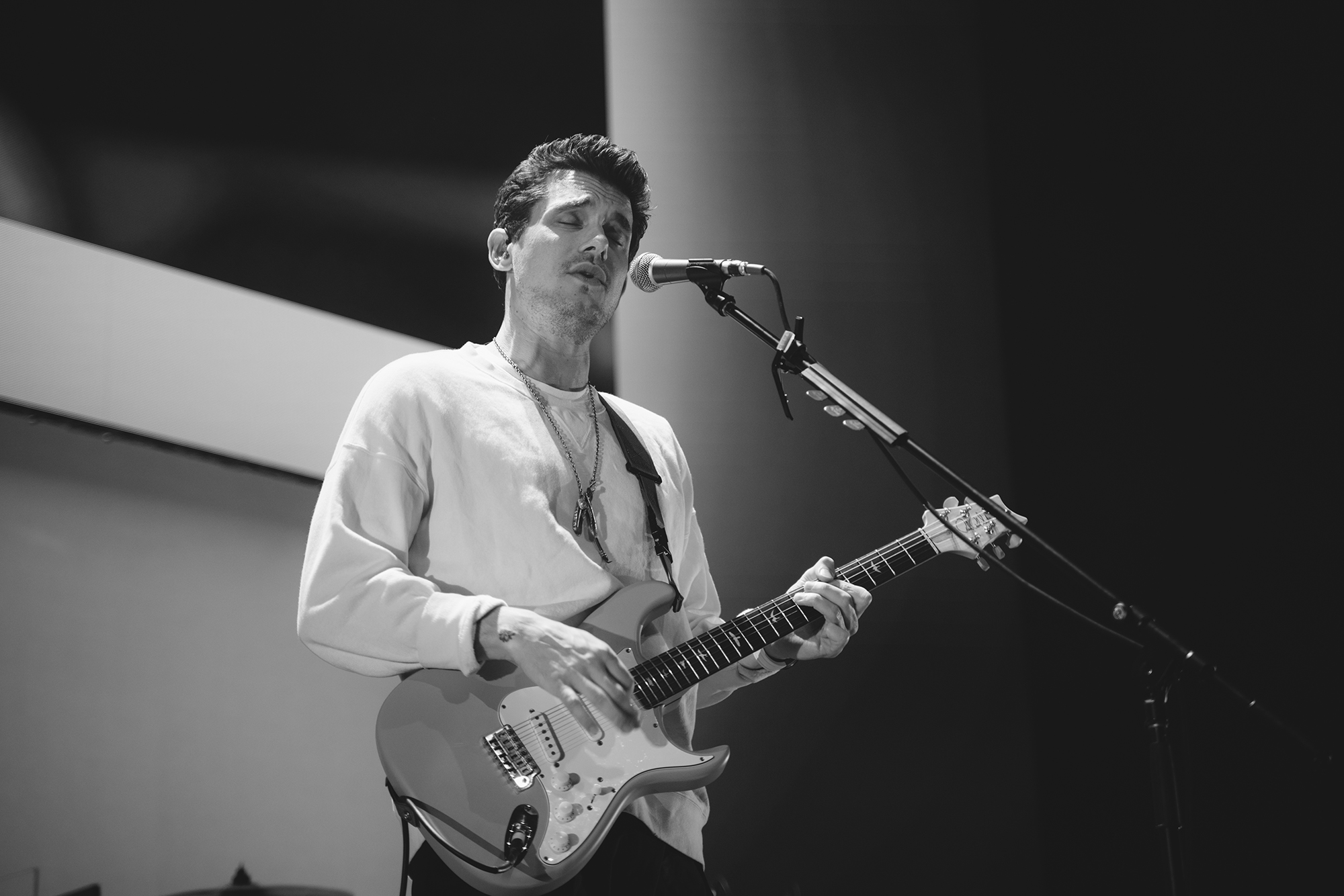 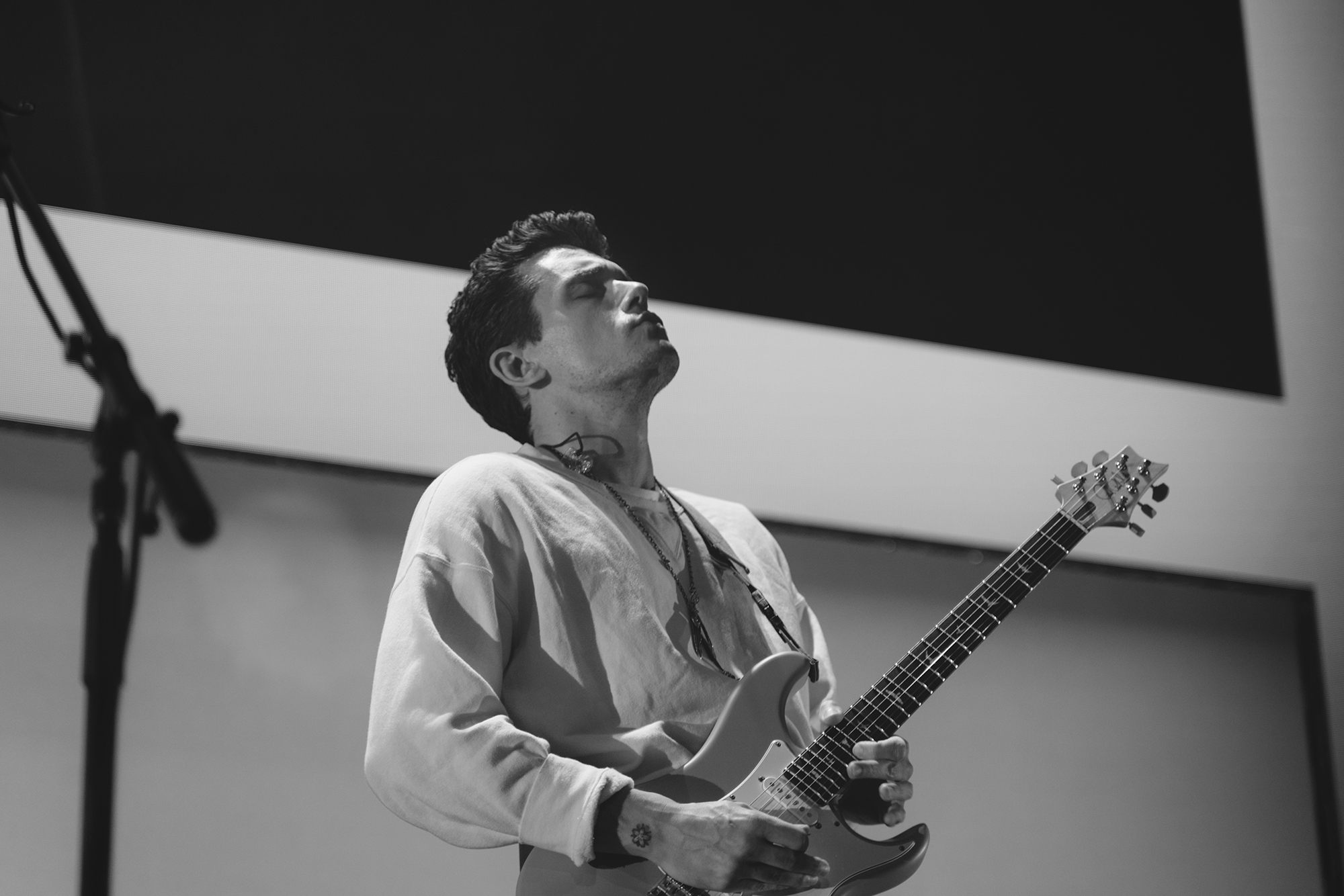 Following his tour with Dead & Company, Mayer opted for a two set show – most likely inspired by the Grateful Dead gang- offering 25 unique songs for the night. Throughout his tour, Mayer has kept things different and fresh by switching up the setlist for the tour. We found this was a great touch, as we can see the Grammy-Award winner is comfortable with his selection and adds spontaneity to every show through customizing his setlist to every city he visits. 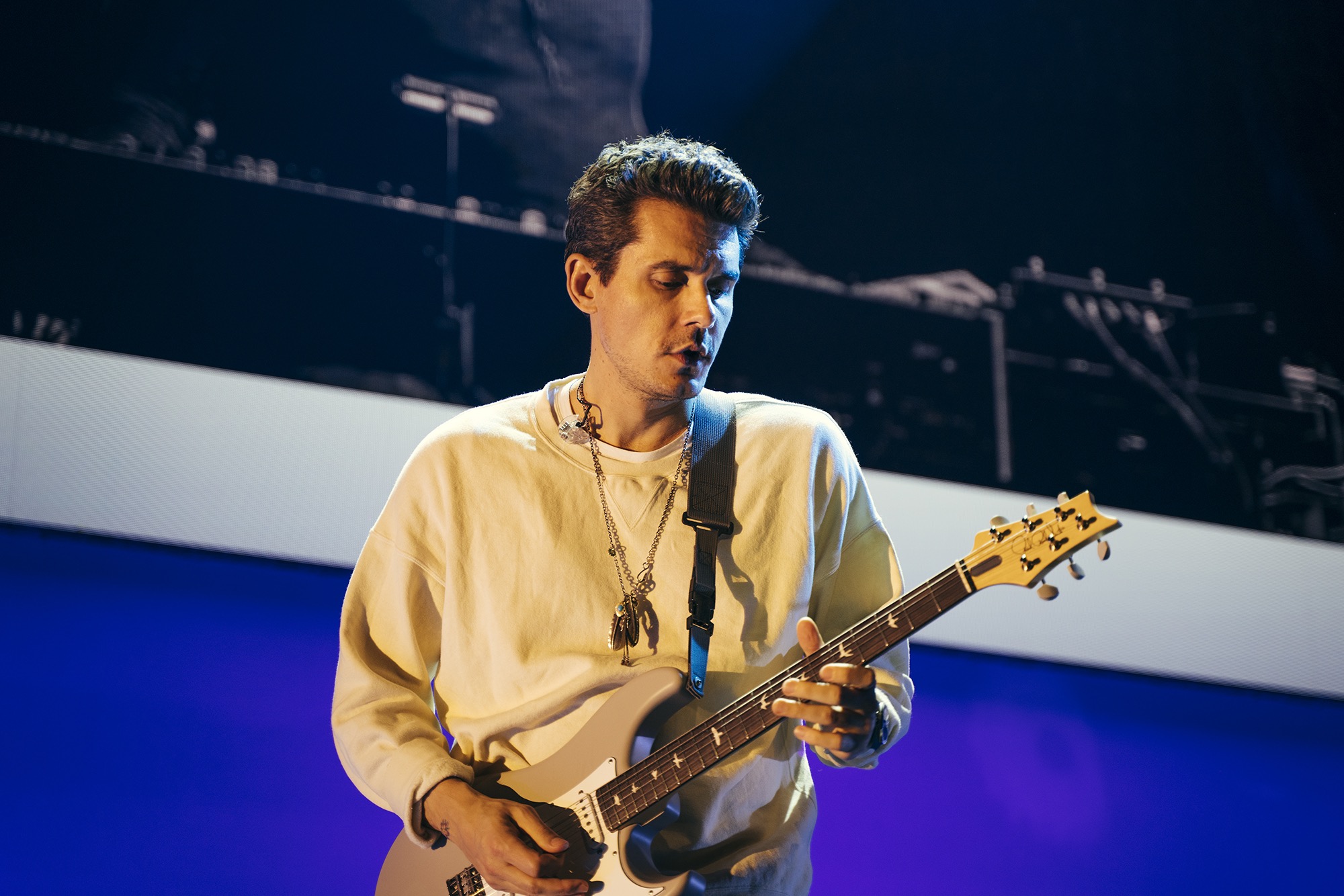 After a comical introduction with the stage screens switching to a DVD screensaver with the JCM logo, fans quickly realized it wasn’t a glitch and Mayer hit the stage with his funky blues hit ‘Helpless’. The first set featured a selection of his greatest hits including ‘Vultures’, ‘No Such Thing’, ‘Who Says’, and ‘Paper Doll’. The best song of the night, in our opinion, was ‘I Don’t Trust Myself (With Loving You)’, where Mayer and the band burst into a jammy version of the song, most likely another inspiration from his tour with Grateful Dead. Mayer then went straight into his feel good country hit ‘Queen of California’ before ending the first set with ‘Edge of Desire’. 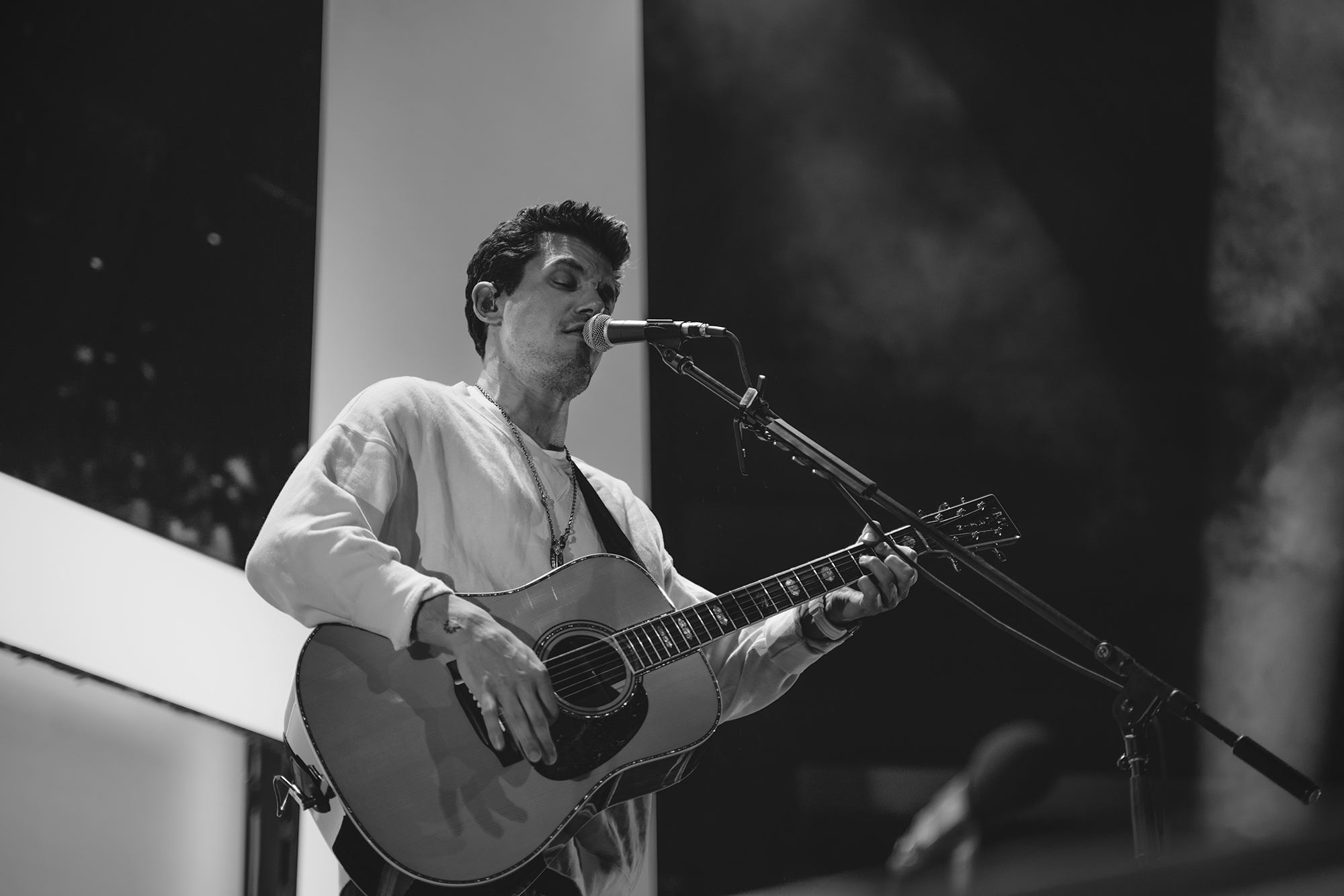 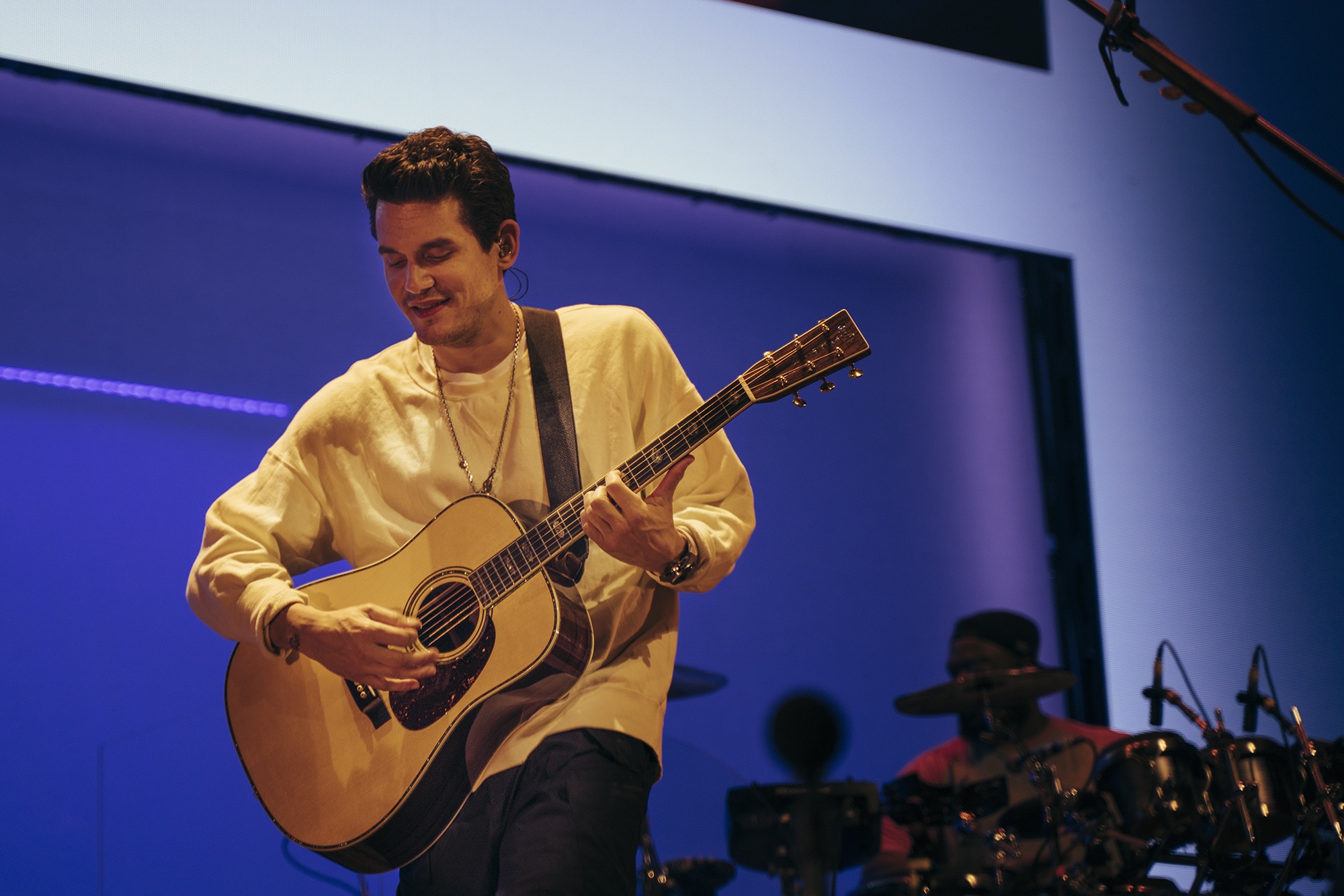 The set break was a great opportunity for the fans and audience to go grab a drink or some merchandise before the band hits the stage again for the second set.

Mayer and the band changed things up with the second set, featuring a few interesting surprises. David Ryan Harris who has toured with Mayer in the past, has always performed a partial intro before ‘Slow Dancing in a Burning Room’, and this show was no different with Harris performing a solo from Prince’s ‘The Beautiful Ones’ as the intro. Mayer also added a couple of covers into the mix with Pete Townshend ‘Let My Love Open the Door’ along with his famous cover of Tom Petty’s ‘Free Fallin’. The second set also featured a few acoustic songs including ‘Daughters’ and ‘Emoji of a Wave’. Mayer ended the second set with his iconic hit ‘Gravity’ before returning to the stage with a two song encore of ‘Born and Raised’ and one of his newest songs ‘New Light’.

Being one of the greatest musicians of his generation as well as drawing inspiration from his previous tour with Dead & Company, it came as no surprise that Mayer featured exceptional guitar solos throughout most of his songs. 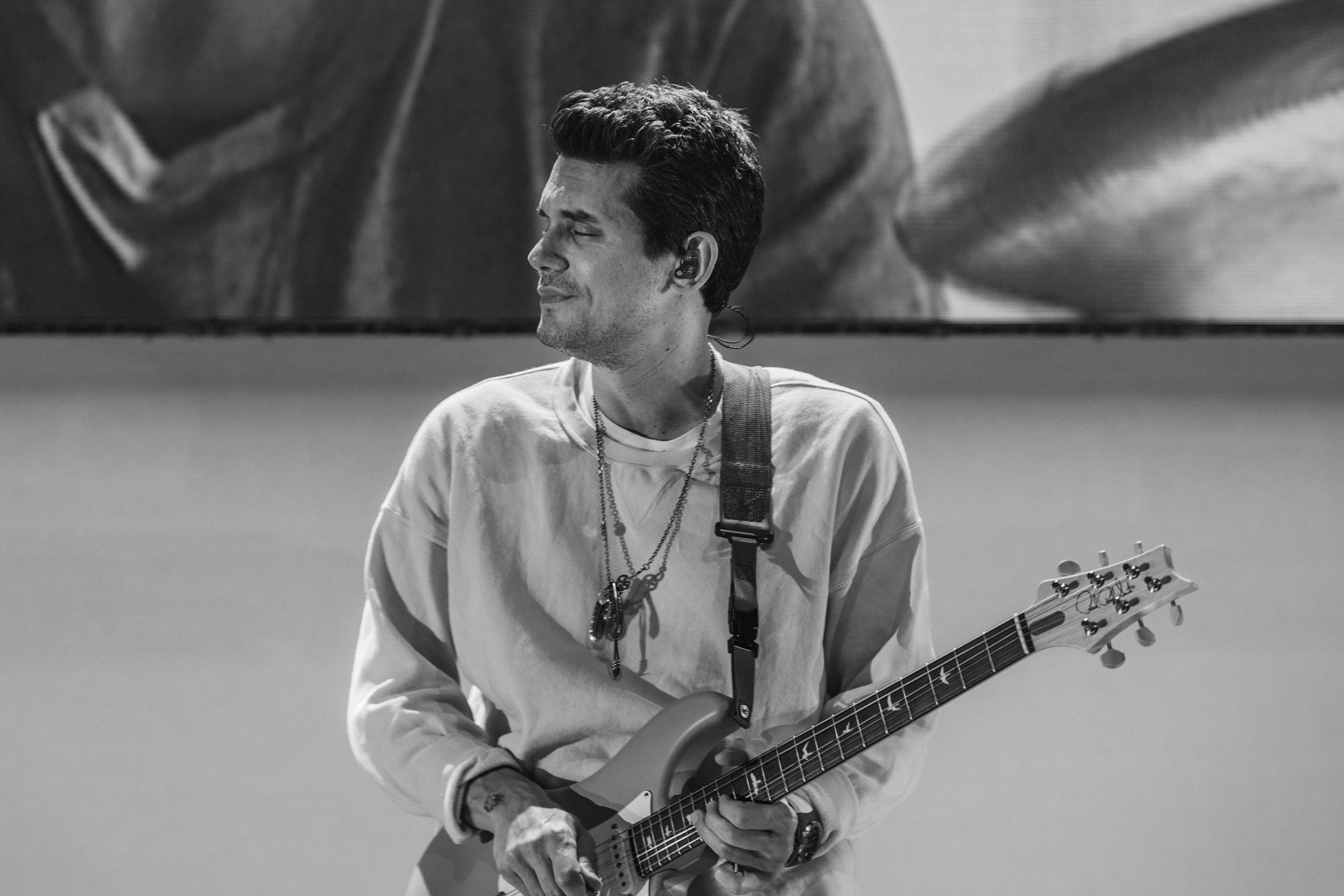 In true Mayer fashion, there was no shortage of personal connection with his audience as he constantly talked to the crowd between songs. Despite having a whopping 25 songs in the show, Mayer jokingly pointed out to fans that he would ‘fit one more song in his sets if he didn’t talk so much’.

Mayers selection of songs were diverse, as he made sure to cover all elements of his musical career. We found that he exposed fans to a variety of songs in order to appreciate all his different styles. It was great to see fans appreciating all the different songs, and accepting his varied selection, which doesn’t necessarily target one specific type of fan but all his fans. 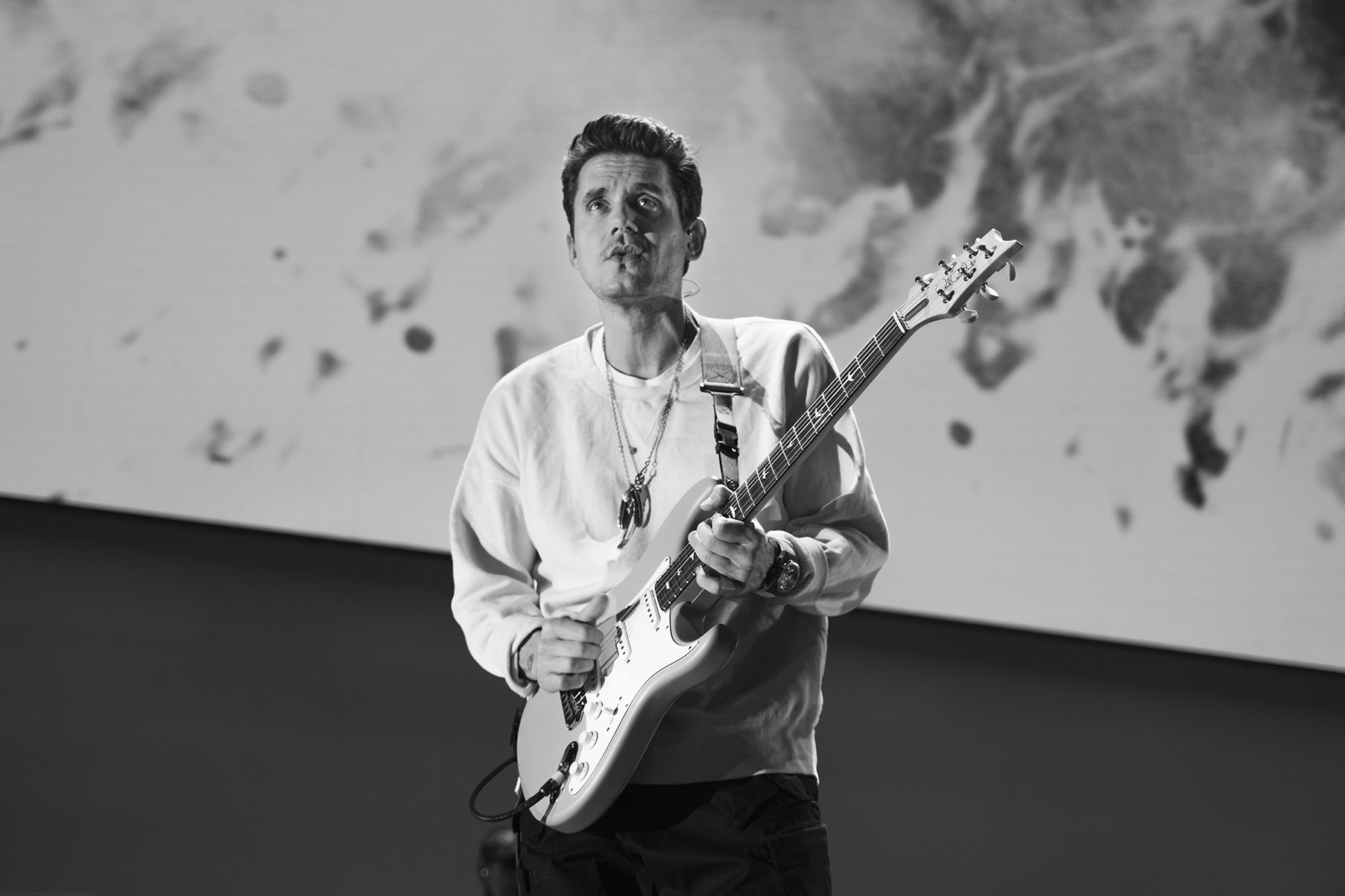 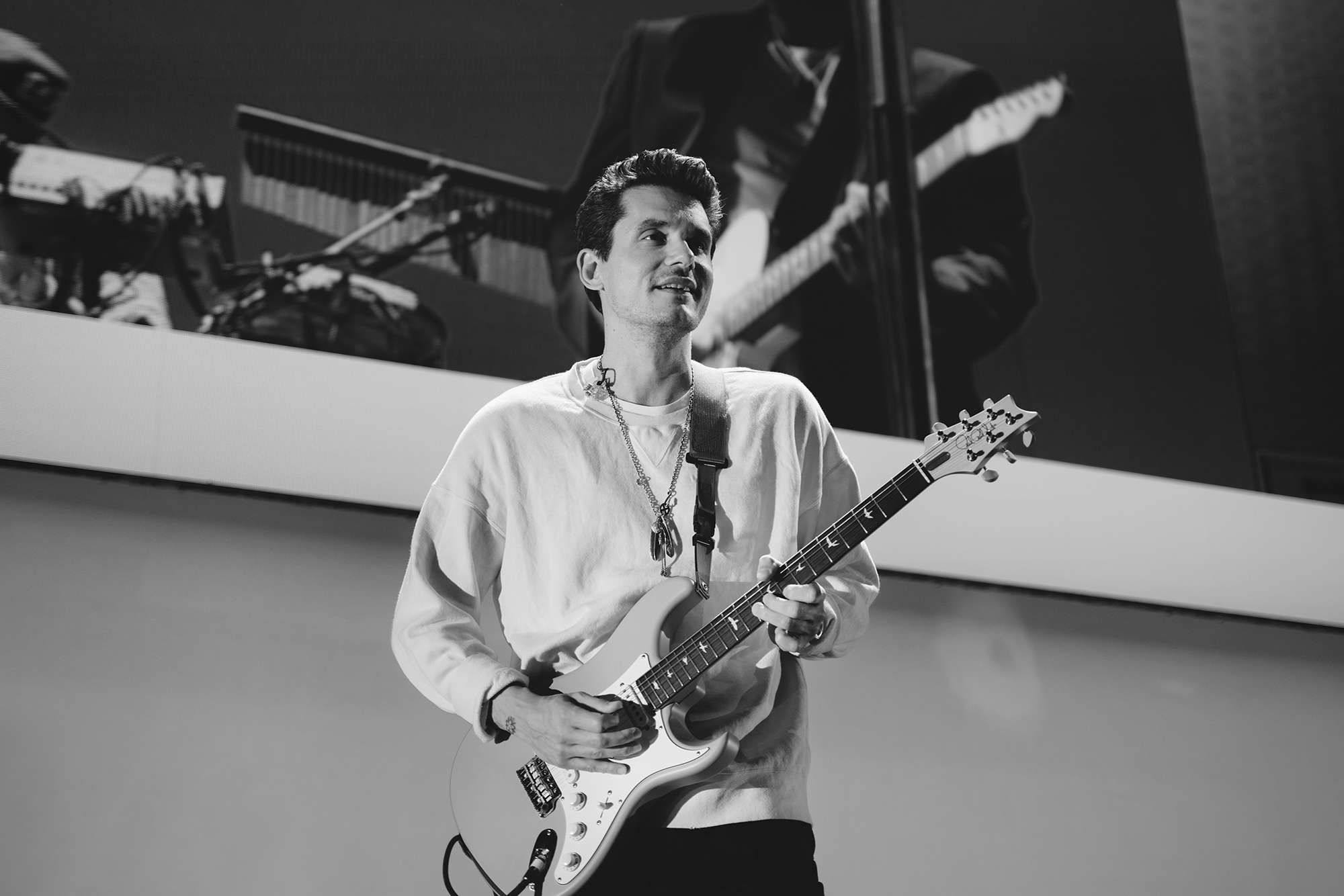 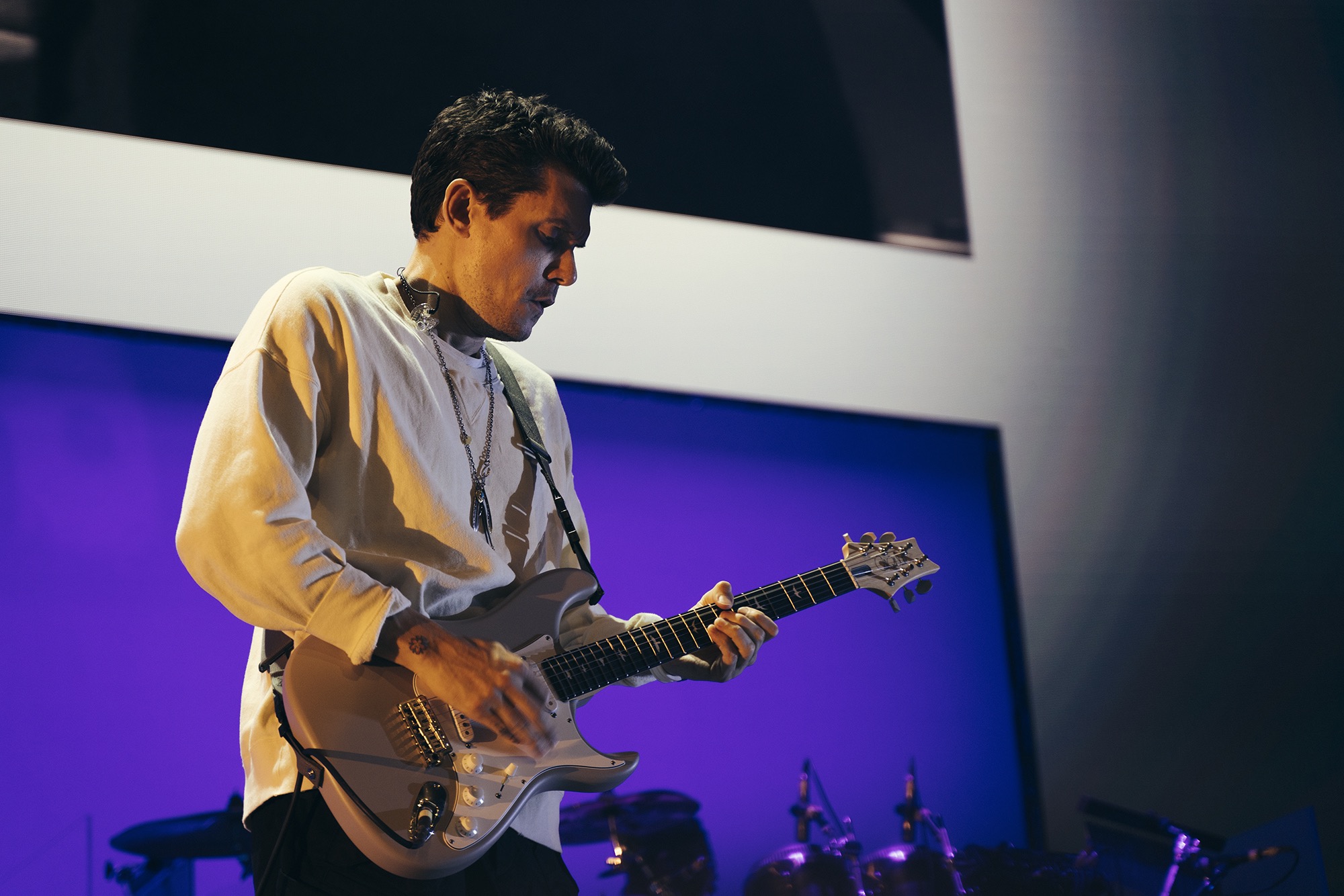