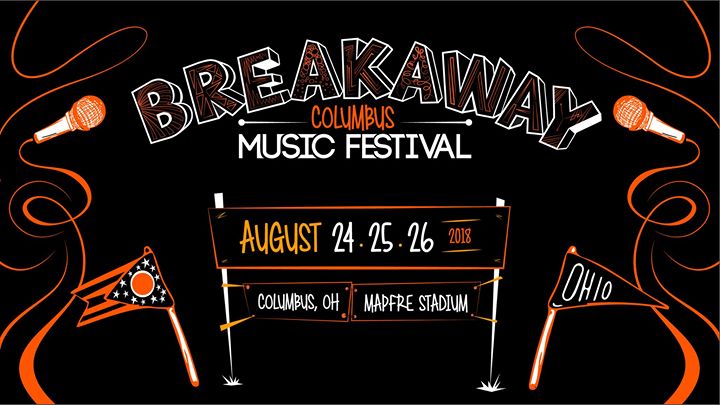 Prime Social Group is proud to announce that its signature Breakaway Music Festival will return to Columbus, OH, bringing back its world-class production and talent to MAPFRE Stadium with the addition of a third day, making it a 3-Day festival. The event will take place August 24 – 26th, 2018.

Riding off of the success of the highly-hyped headlining performances of Grammy-nominee Travis Scott and EDM powerhouse Diplo, the festival was attended by over 20,000 last year and received much praise for its well-rounded bill which also included Lil Yachty, Galantis, Kodak Black, and 20 additional acts (not including the 21+ Silent Disco performers).

“We started this festival by combining urban living with a carefully curated, multi-genre lineup that festival goers of all ages and music preferences could enjoy. After just four years, Breakaway Columbus has grown into a large-scale festival home to over 25,000 attendees— the expansion into Sunday was a no brainer for us based on the festival’s previous success,” Managing Partner Adam Lynn explained.

Breakaway Music Festival debuted in 2013 at MAPFRE Stadium with names like Kendrick Lamar, Bassnectar and twentyonepilots. The Columbus festival then re-emerged in 2016 with headliners like Chance the Rapper, Rae Sremmurd and Dillon Francis and the festival brand has since expanded to five different markets in Dallas, Grand Rapids, Charlotte, and Nashville.

For more information on topics including vending, local support and general festival inquiries, visit BreakawayFestival.com. You can find the event now on Facebook, Instagram and Twitter, and by using hashtag #BreakawayFest and by following @BreakawayFest.