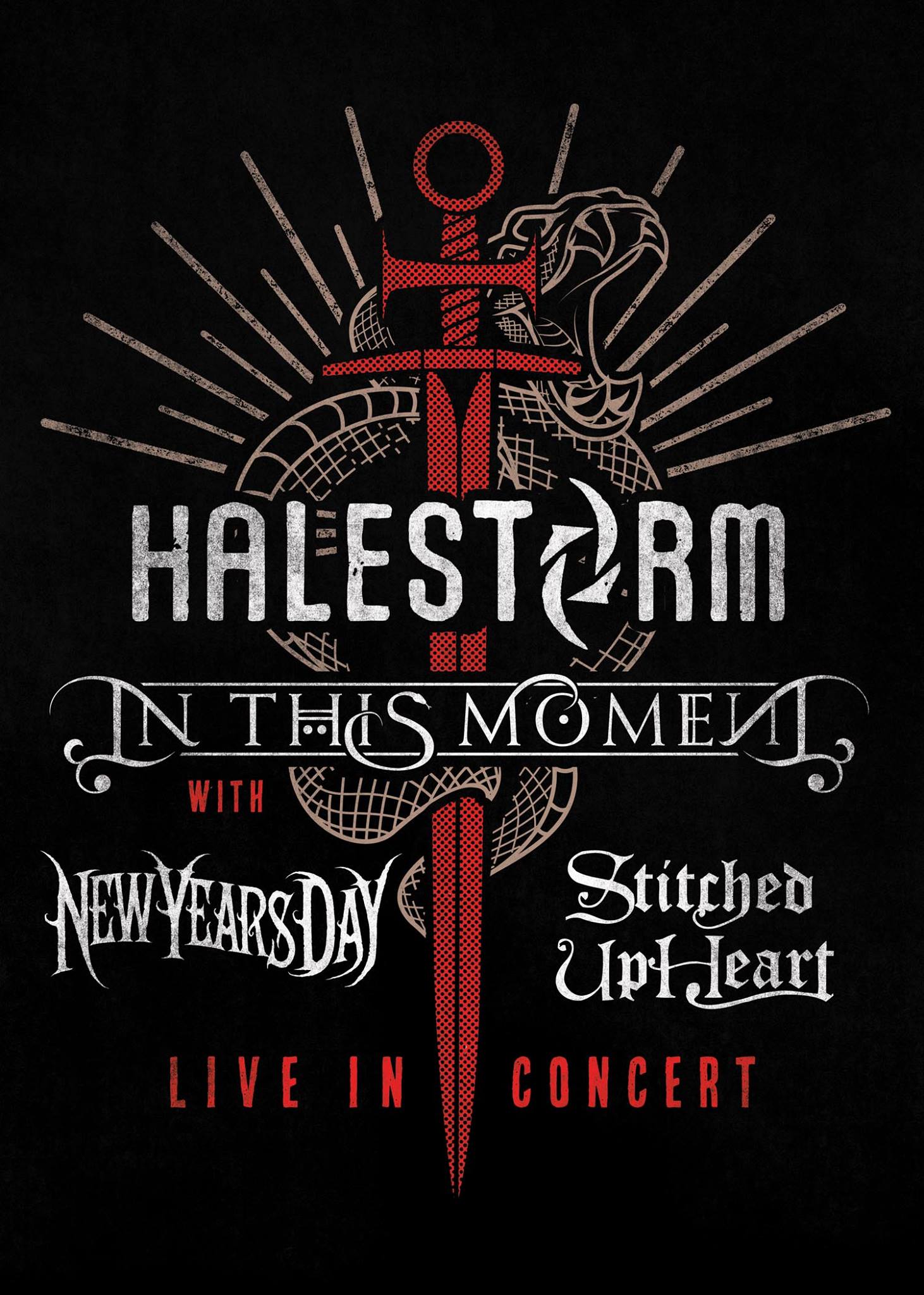 Four of rock’s female-fronted bands are joining forces to showcase a groundbreaking US rock tour!

American rock band Halestorm will be hitting the road this spring with popular female-fronted band In This Moment for their North America 2018 tour.  Starting their tour in Houston on April 30th, the two bands will take their hard rock flavor cross country until mid-May.

They won’t be touring alone, as they will be joined by also female-fronted New Years Day and Stitched Up teaming up for a killer tour across America. The tour with consist of several festivals across the nation including Florida’s Rockville 2018 and Fort Rock 2018 as well as Carolina Rebellion ‘18.

These four female-fronted bands rocking in one tour sounds out of this world…but it’s definitely happening. Frontwomen Lizzy Hale, Maria Brink, Ash Costello and Mixi are just as excited as their fans about this revolutionary expedition of rock.

Halestorm’s frontwoman Lizzy Hale expressed her enthusiasm about the tour stating “We are a few of the hardest working women in rock, so the fact that we are all on the same stage every night is something not to be missed! This lineup is a beautiful display of what it means to be a strong female example for rock fans everywhere.” In This Moment’s Maria Brink added “I am very excited about being a part of such an empowering, divine, female-fronted tour. It is very rare in rock music to have a movement like this and the timing couldn’t be more perfect.”

We don’t know about you, but this full-fledged tour sounds like an empowering and revolutionary move from these equally potent women of rock! Check out the Midwest stops in Ohio, Indiana, and Michigan to catch one of the most rock iconic tours of 2018.