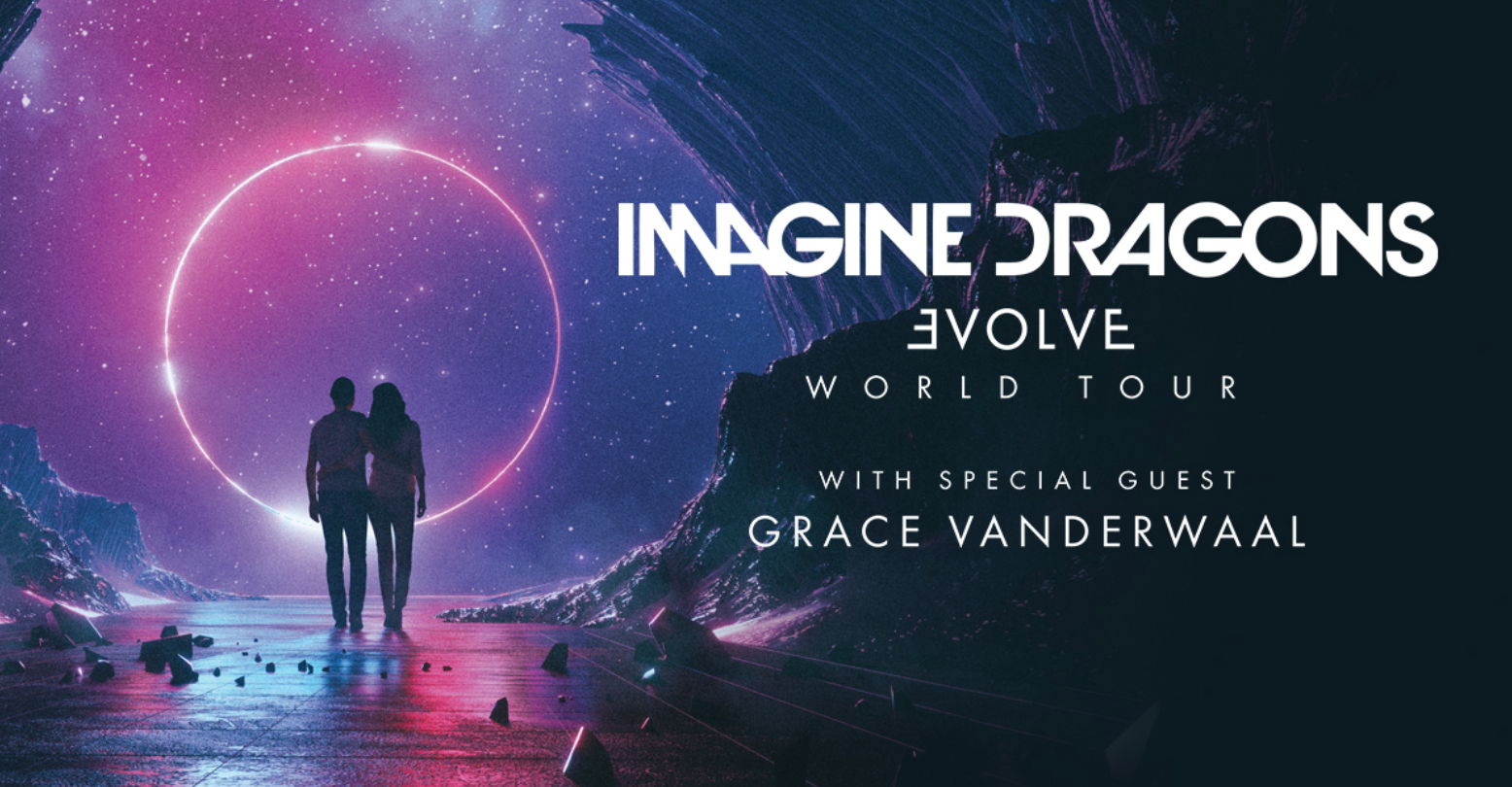 The multi-platinum, Grammy award-winning band Imagine Dragons released a brand new single titled “Next To Me” just couple of weeks ago, along with the long-awaited summer dates of their ‘Evolve’ North American tour in support of their third studio album [amazon_textlink asin=’B071VFNW2H’ text=’Evolve’ template=’ProductLink’ store=’faroutmidwest-20′ marketplace=’US’ link_id=’51d23061-25f3-11e8-918b-6b7070cd3cc6′].

The long summer tour produced by Live Nation, will be kicking off on June 5th in Hartford, Connecticut, and will then travel cross-country hitting major cities across the nation including: Boston, Toronto, Nashville, and New York.

Starting mid-June, Imagine Dragons will be taking the tour to the Midwest stopping over in cities including: Cleveland, Detroit, Indianapolis, Kansas City and many more until mid-July. Special guest sharing the stage with the band is 14-year-old America’s got talent starlet, Grace VanderWaal.

The Las Vegas natives sold out their initial run of the Evolve Tour last year. The 2017 tour featured special guests Grouplove and K.Flay. The Evolve tour consists of 122 shows worldwide with 72 in North America, 7 in Asia, 31 in Europe, 5 in South America, and 7 in Oceania.

Tickets are available now at LiveNation.com or through the Live Nation app.

The second round of the Evolve tour is a just few months away. Check out all the summer Midwest dates for the ‘Evolve’ North America Tour 2018 below: