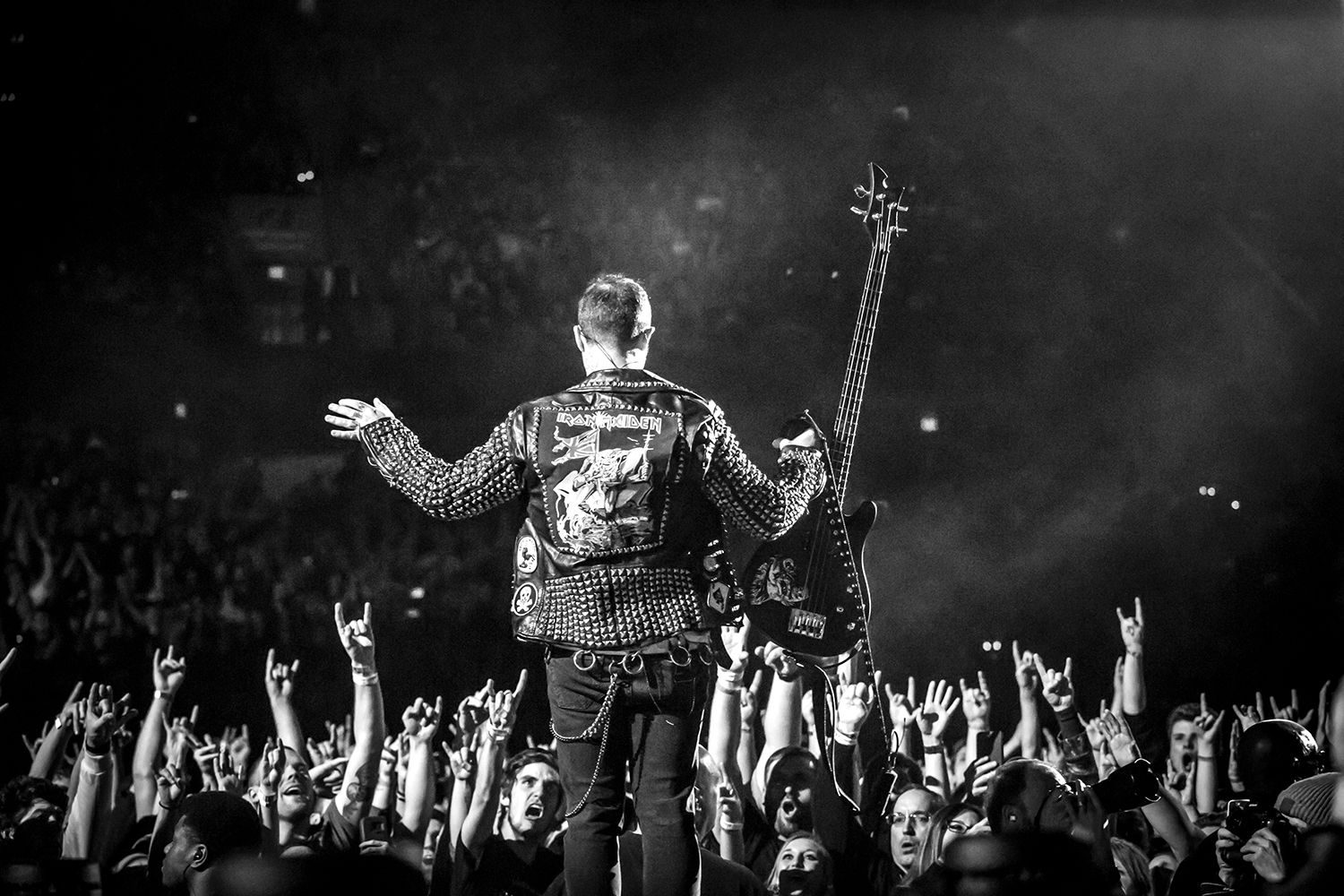 Sunday evening marked the second stop on American hard rock band Avenged Sevenfold’s The Stage tour in Grand Rapids, MI at the Van Andel Arena. Sharing the stage with the powerhouse headliners were hard rock bands Bullet for My Valentine and Breaking Benjamin. Just hours before the show, Avenged Sevenfold (A7X) took to social media announcing that the event had sold out! Fans were spotted outside the venue lined up and down the streets for their chance to get inside and witness their favorite bands up close and personal.

The first band to take the stage was heavy metal band Bullet for My Valentine. Hailing all the way from Bridgend, Wales, the 4-piece act started things out strong by opening with the song Your Betrayal. Lead vocalist Matt Tuck sent shivers throughout the arena with both his heavy and clean tone vocals. Many fans were spotted singing (and screaming) along with Matt as the band played several of their more popular songs including Tears Don’t Fall, Scream Aim Fire and Four Words to Choke Upon.

Although the weather outside was getting colder as the night went on, things only continued to heat up inside as Breaking Benjamin took the stage. With the upcoming release of their sixth album Ember just around the corner, the five-piece act erupted onto the stage showing that they were up for the challenge of giving the fans a show they’d remember for years to come. The band started things off by opening with the song So Cold, and later played crowd favorites such as Breath and The Diary of Jane. Midway through the set, vocalist Benjamin Burnley made an amazing tribute to all of the U.S. service men and women, both present and overseas. Fans were also treated to a surprise performance when the band played several cover songs from American hard rock band TOOL during their set.

Last but certainly not least to take the stage was A7X. Prior to the start of this tour, the band had hinted at the idea of a brand-new stage set design that would give fans “an entirely new kind of live show”. As the band took the stage, Multiple LED video screens began playing incredible three-dimensional graphics that made concert goers feel as if though they were watching a 3-D film. As the video screens continued to run, the incredibly technical music of the band synced up with them seamlessly. Lead vocalist Matthew “M. Shadows” Sanders controlled the crowd with his incredibly unique vocals while guitarists Brian “Synyster Gates” Haner, Jr. and Zachary “Zacky Vengeance” Baker backed him up with their dual guitar solos. While performing the song So Far Away, the band payed tribute to their original drummer, James “The Rev” Sullivan, who passed away unexpectedly in December of 2009. A7X closed out the evening with two more of their well-known tracks, Little Piece of Heaven and Unholy Confessions.

Overall, the second stop of the tour was a huge success. If you were unable to attend the Grand Rapids date, please do yourself a favor and catch all three bands on one of the eight additional Midwest stops.
Photos by Matt Hakey.
Like
Like Love Haha Wow Sad Angry
63