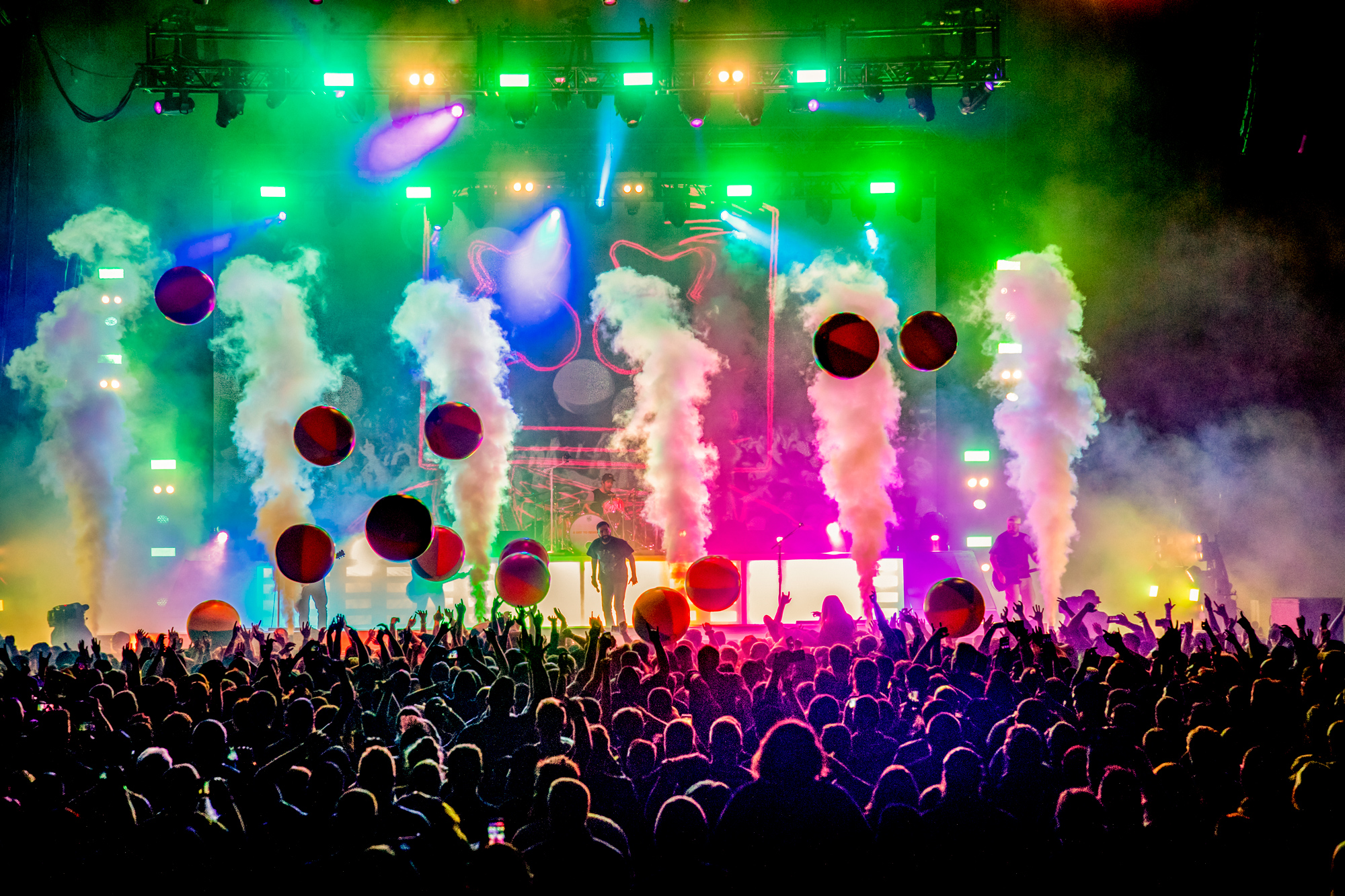 A Day To Remember | Photo by Matt Hakey

Northern Indiana was met with a wave of energy last week as hardcore band A Day To Remember made their seventh Midwest stop on their headlining North American tour at the Allen County War Memorial Coliseum in Fort Wayne, IN. Coming off the recent release of their new hit single, Degenerates, in August of 2019, the Fueled by Ramen signed band took the Three Rivers city by storm and put on a performance that left fans in shock and awe. Also sharing the stage with A Day To Remember were hard rock bands I Prevail, Beartooth, and Can’t Swim.

Following up Beartooth was Detroit, MI based metal band I Prevail. Coming off the recent release of their 3rd studio album Trauma, the five-piece act took things up a notch as they opened their set with their highly explosive new single Bow Down. Lead vocalists Eric Vanlerberghe and Brian Burkheiser controlled the crowd with their powerful vocals, while guitarist Steve Menoian and Dylan Bowman proceeded to melt the faces off the crowd with their insane riffs. Fort Wayne fans were treated to several of the bands top hits including Scars, Come And Get It, and Lifelines.

Last, but certainly not least to take the stage were headliners A Day To Remember. The five-piece act based out of Ocala, FL exploded onto the stage with their incredible stage presence and state-of-the-art stage production. Lead vocalist Jeremy McKinnin did an amazing job of engaging the crowd by encouraging fans to sing along with him during the bands set. The band played several of their all-time greatest hits including The Downfall of Us All, All I Want, and 2nd Sucks. At one point during their set, fans also had the privilege of learning where the name of the bands upcoming album, You’re Welcome, originated: in Fort Wayne! As it turns out, a fan (who also happened to be in attendance for the evening) took to twitter and commented on a photo of Jeremy McKinnin’s shirt saying “Bet you this will be the name of their new album”. The band liked the idea so much that they did indeed decide to name the album after the phrase shown on Jeremey’s shirt. To cap off the evening, the band played a three-song encore which included the tracks If It Means a Lot to You, All Signs Point to Lauderdale, and The Plot to Bomb the Panhandle.

If you were unable to attend the Fort Wayne stop of The Degenerates Tour, be sure to check out both the gallery of images and video recap from the show below. Far Out Midwest had an absolute blast covering this event and can’t wait for the next one!