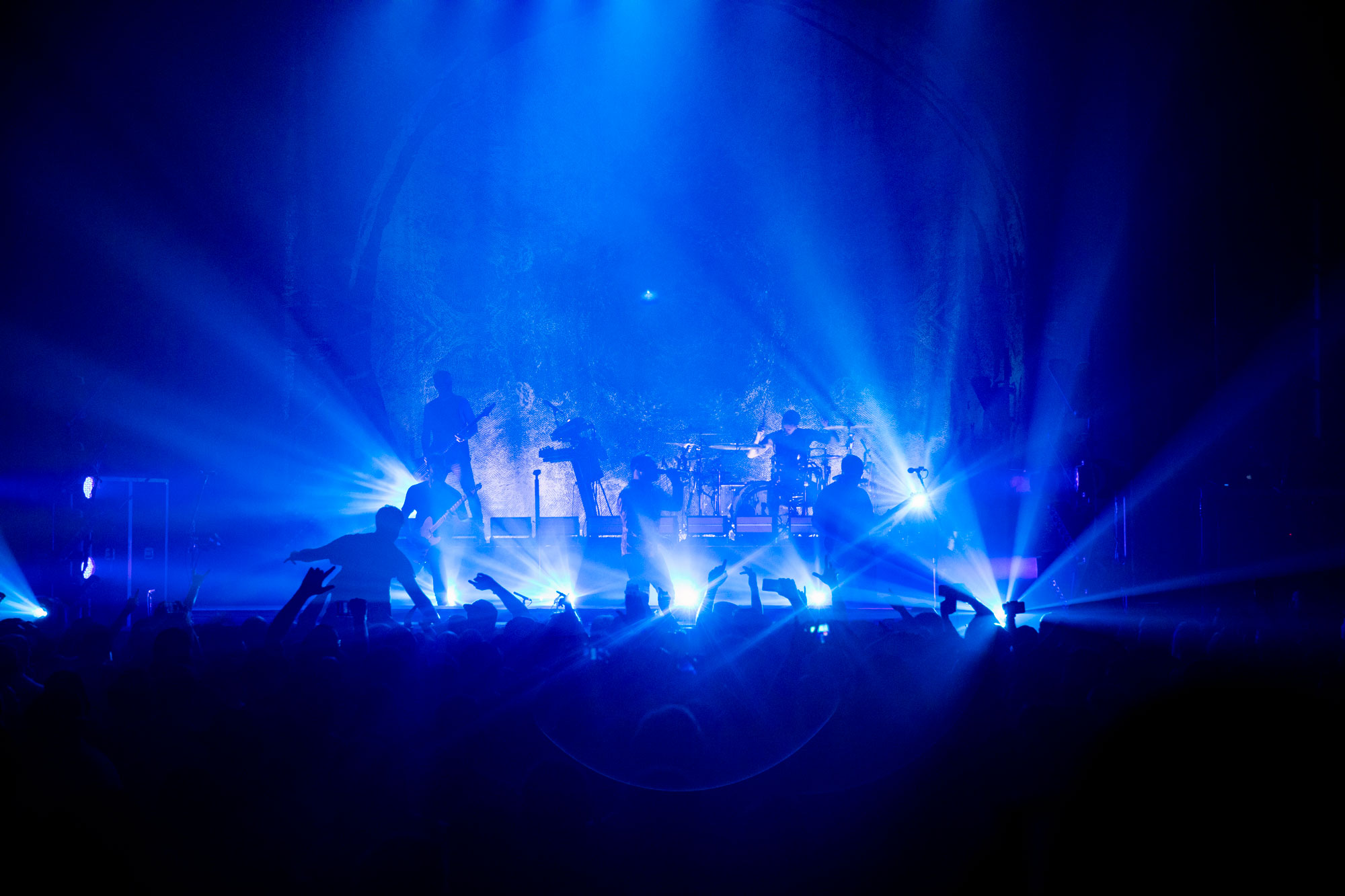 Friday evening brought a wave of energy to the Midwest as hard rock band Architects made their second to last stop on their headlining North American tour at The Majestic in Detroit, MI. Coming off the recent release of their 8th album Holy Hell  in November of 2018, the Epitaph Records signed band took the motor city by storm and put on a performance that fans will be talking about for weeks to come. Also sharing the stage with Architects were metalcore bands Thy Art Is Murder and While She Sleeps.

Starting things off for the evening was Los Angeles, CA based band While She Sleeps. The five-piece hard rock band did an excellent job of getting the crowd hyped with their aggressive music and high-energy stage presence. Lead vocalist Lawrence Taylor wowed fans with his heavy vocals, proving that he was up for the challenge of starting the evening off with a bang. The group played several of their top hits including You Are We, Silence Speaks, and Hurricane.

Following up While She Sleeps was Sydney, Australia based metal band Thy Art Is Murder. With the upcoming release of their 5th studio album Human Target on July 26th, the five-piece act took things up a notch as they sparked several of the evenings first mosh pits with their heavy melodies. Lead vocalist CJ McMahon controlled the front of the stage with his powerful vocals, while guitarist Andy Marsh and Sean Delander backed him up with their insanely technical riffs. Detroit fans were treated to several of the bands biggest hits including Reign of Darkness and Holy War.

Last, but certainly not least to take the stage were headliners Architects. The five-piece act based out of Brighton, UK exploded onto the stage with their impressive stage presence and incredible light show. Lead vocalist Sam Carter did an amazing job engaging the crowd by encouraging fans to sing along with him during the bands set. The band played multiple songs off of their new album including Hereafter and Mortal After All. At one point during their set, Detroit fans also had the privilege of singing along with Sam as he sang Happy Birthday to bassist Ali Dean. To cap off the evening, the band played Gone With The Wind as their encore track.

Although this was the second to last stop on their North American tour, it’s clear that these bands are showing no signs of slowing down. Each band played their hearts out and gave the fans more than their money’s worth.