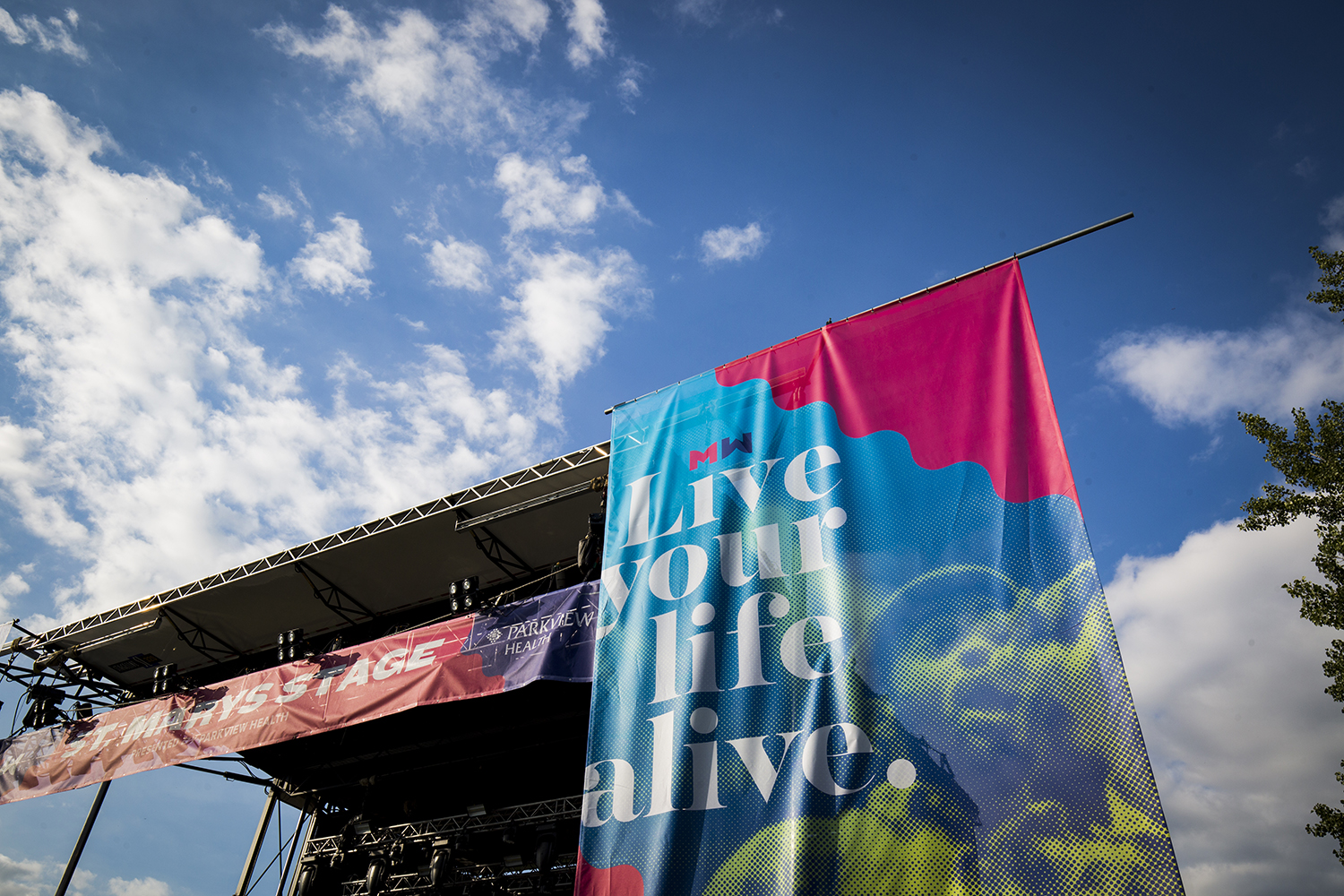 The festival features a mix of 25+ performers on three stages (two of which are free), along with food trucks and beverage vendors.