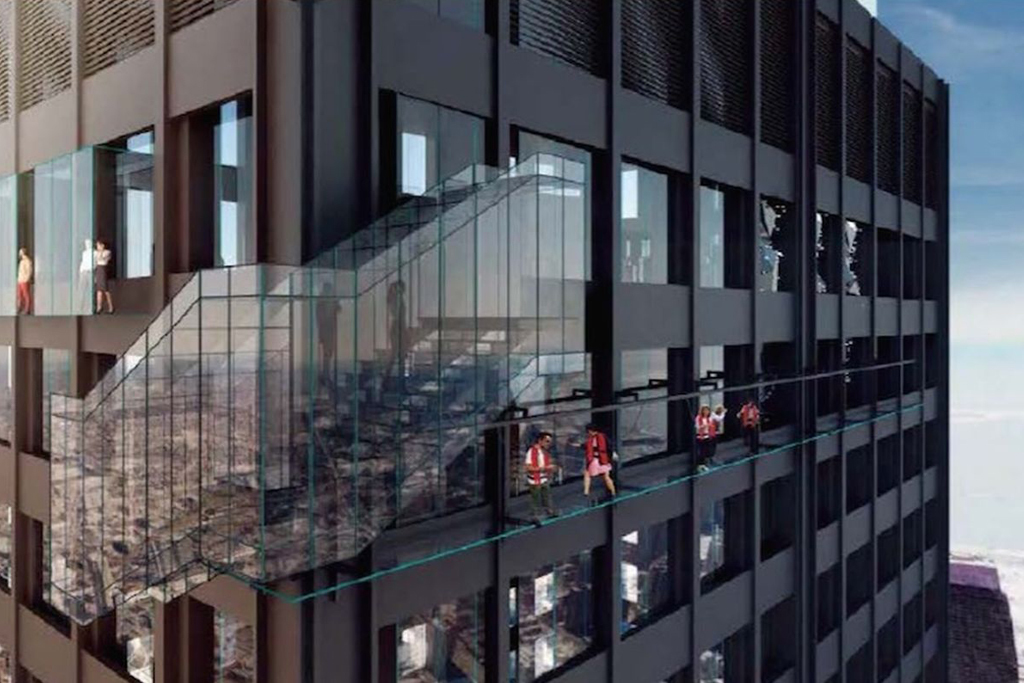 One of the more ambitious plans for the popular observatory is the installation of an enclosed, two-story glass structure, where daring visitors could rappel from the 103rd floor to the 102nd. If the idea of dangling from a rope more than 1,300 feet above the ground is a bit too extreme for you, a proposed Ledgewalk might be more your style. Visitors would be fitted with a safety harness and allowed to take a stroll on an outdoor glass ledge.

Blackstone Group, which owns the Willis Tower (still the Sears Tower in some people’s hearts), is also considering an enclosed glass staircase between the two floors of the expanded observatory, as well as additional food and retail options at the Skydeck. Paula Chirhart, a spokeswoman for the company, told Crain’s that any possible changes to the Skydeck are still in the planning stages.

originally appeared at Time Out Chicago.