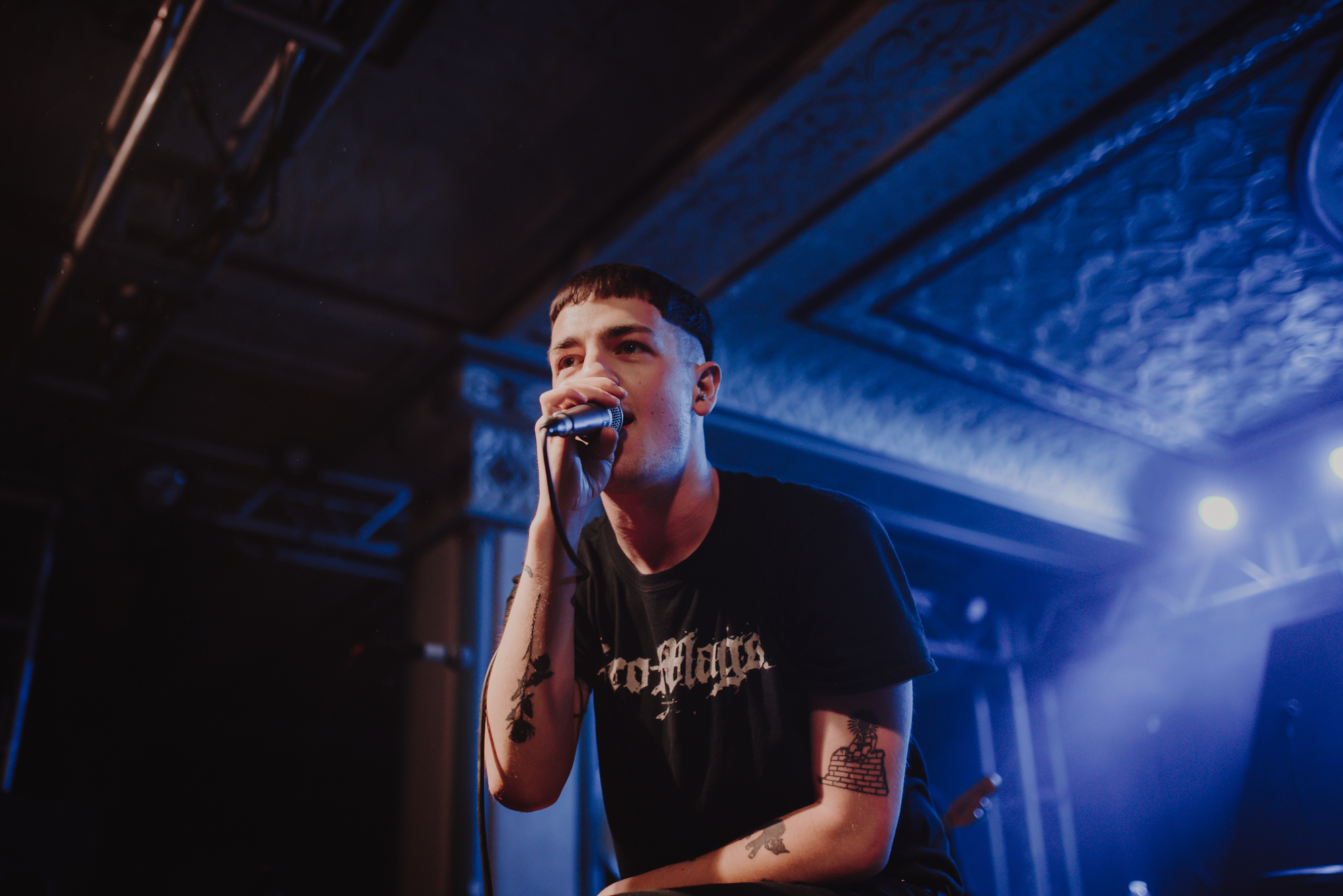 Last Sunday evening, Boston Manor and Knuckle Puck took to the newly renovated stage at the Deluxe room in the Old National Centre, IN. Both bands took to the Indianapolis-based venue for an eclectic, exhilarating show alongside supporting acts Free Throw, Hot Mulligan, and Jetty Bones.

Jetty Bones was a perfect opener for the night delivering a solid set to an incredibly lively crowd. Up next Hot Mulligan were welcomed by a loud, thrilled crowd.  Hot Mulligan delivered a stellar performance by mixing old favorites along with some new material. All the way from Nashville, Tennessee, Free Throw took the stage with an upsurge of energy keeping the crowd wild with a show-stopping performance.

Starting their ‘Spring 2018 tour’, Boston Manor then took to the stage starting out strong with loads of energy which only got better throughout their performance. The band played a wide range of tracks from their original EP, first album and even their newest debut, “Drowned in Gold”. Knuckle Puck came for the last performance of the show ending their tour in Indianapolis. Band members stayed true to their fiery performances delivering an incredible show to Indianapolis. Knuckle Puck opened the show with the popular track “Double Helix” pumping up the crowd for the rest of the show. Knuckle Puck delivered an incredible set list featuring such as “Untitled”, “Copacetic”, and “Gone”.