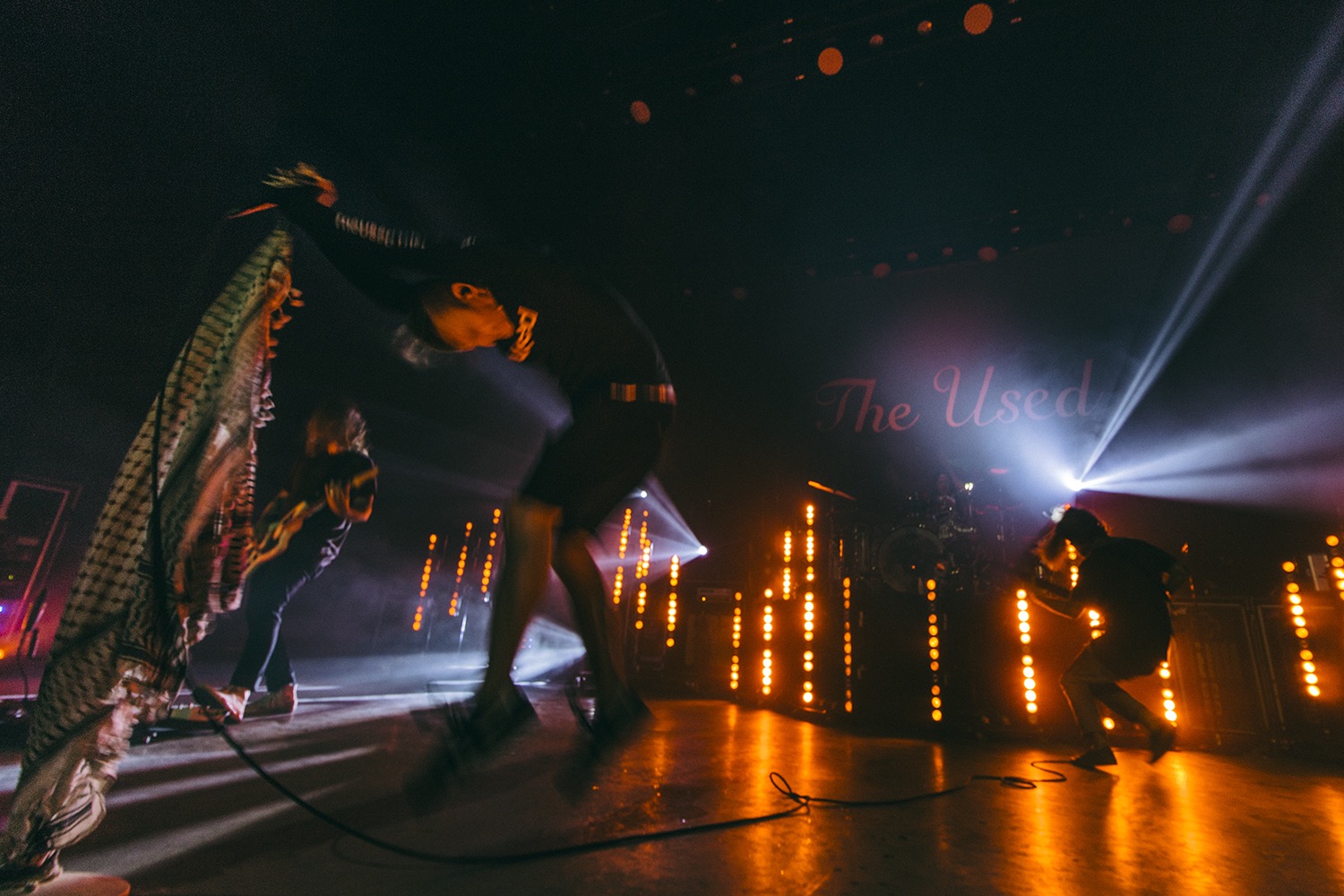 The Used | Photo by Adam Meyer

Earlier this month, American rock band The Used brought a wave of energy as the first show to hit the newly renovated Clyde Theatre, in Fort Wayne. Filled to the masses with hard rockers, the entire venue waited patiently for the Utah-based band to make their grand entrance.

The band shared the stage for the night with supporting acts Red Sun Rising (who will be releasing their new studio album Thread) and The Fever 333. In support of their latest studio album The Canyon which hit number 3 on the Top Hard Rock Albums chart, the band performed a 14-song set list including Take It Away, The Bird and the Worm, and Maybe Memories.