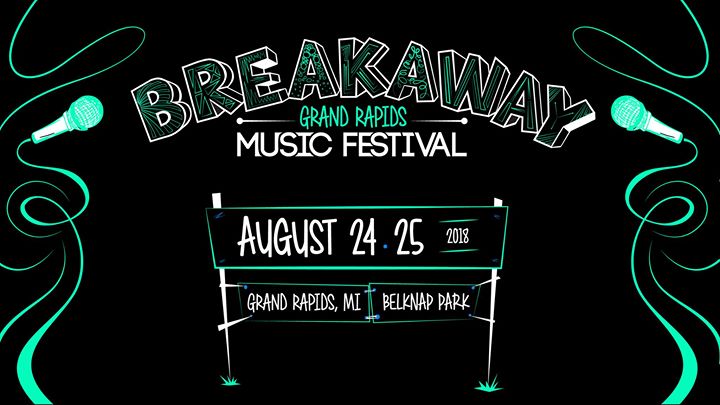 MiEntertainment and Prime Social Group announce that its signature Breakaway Music Festival will return to Grand Rapids, MI, bringing back its world-class production and talent to Belknap Park. The event will take place August 24th – 25th, 2018.

Riding off of the success of the highly-hyped headlining performances of Grammy-nominee Travis Scott and Grammy-winner and EDM powerhouse Zedd, the first-year festival was attended by over 16,000 in 2017 and received much praise for its well-rounded bill which also included R.L. Grime, Jon Bellion, Blackbear, Cheat Codes and 16 additional acts (not including the 20+ Silent Disco performers).

“We started this festival by combining urban living with a carefully curated, multi-genre lineup that festival goers of all ages and music preferences could enjoy. With the success of the festival’s first year, it was a no brainer to return to Grand Rapids for its second year,” Managing Partner Adam Lynn said.

Breakaway Music Festival debuted in 2013 in Columbus with names like Kendrick Lamar, Bassnectar and twentyonepilots. The festival expanded to Grand Rapids in 2017 and was nominated for the first-ever “Grandy’s” Award Show for Outstanding Live Music Event. The festival brand has since expanded to five different markets in Dallas, Grand Rapids, Columbus, Charlotte, and Nashville.

“It’s great to have Grand Rapids in such good company with other major Breakaway cities. Our goal is to continue to enhance the outdoor live music scene in West Michigan and we believe the return of Breakaway is a good step in that direction.” Chris Meyer of MiEntertainment stated.