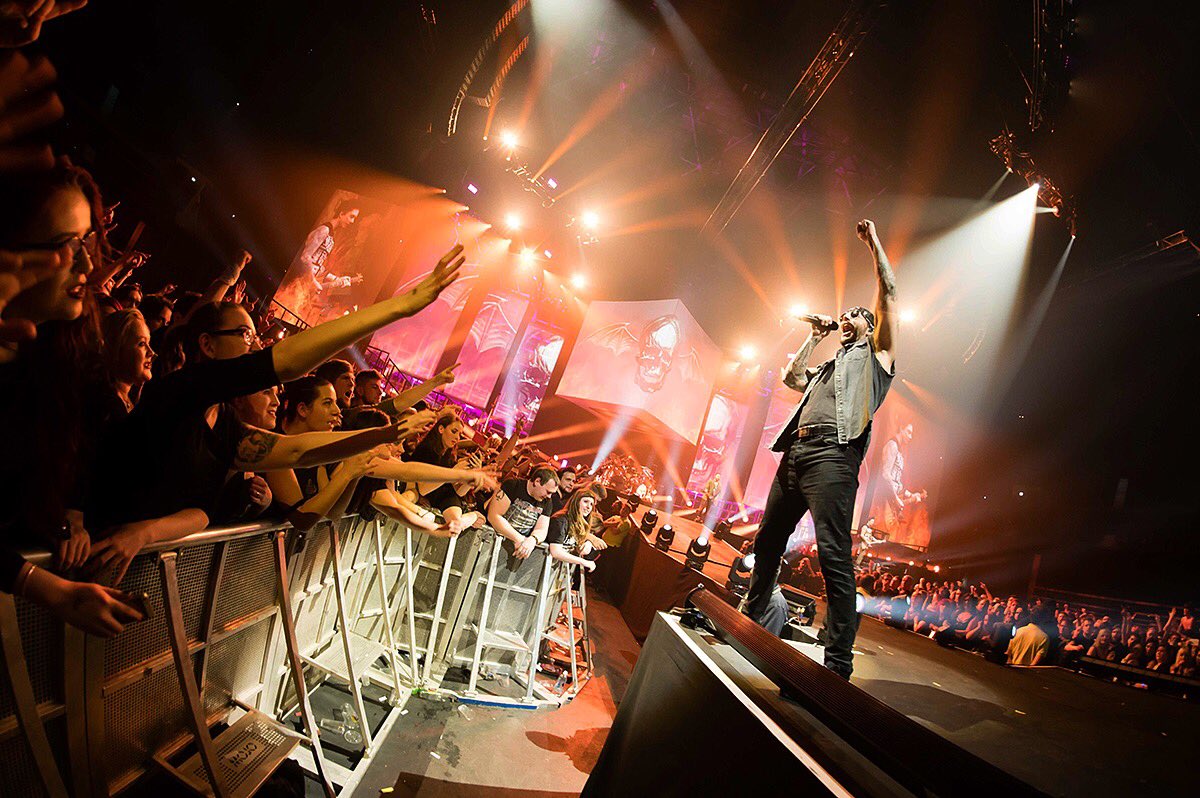 American Hard Rock Band Avenged Sevenfold (A7X) will be kicking off their 2018 The Stage headlining tour with special guests Breaking Benjamin and Bullet For My Valentine on Friday, January 12 in Nashville, Tennessee. Coming off the release of their new album The Stage, the five piece hard rock band is starting out the new year strong by promising fans one of the most unique live concerts they’ve ever experienced. In a recent interview with hard rock publication Metal Hammer, A7X’s lead vocalist M. Shadows (Matthew Sanders) noted that the band has been working with the producers of Cirque Du Soleil in an attempt to create an entirely new kind of live show. Both general admission tickets and VIP packages are on sale now, but going very fast!

Far Out Midwest has been given the privilege of covering the first Midwest stop of the tour in Grand Rapids, MI.

If you are unable to attend the Grand Rapids show, be sure to check out the remaining eight Midwest dates of the tour listed below. Check back mid-month for a photo gallery + gig review!