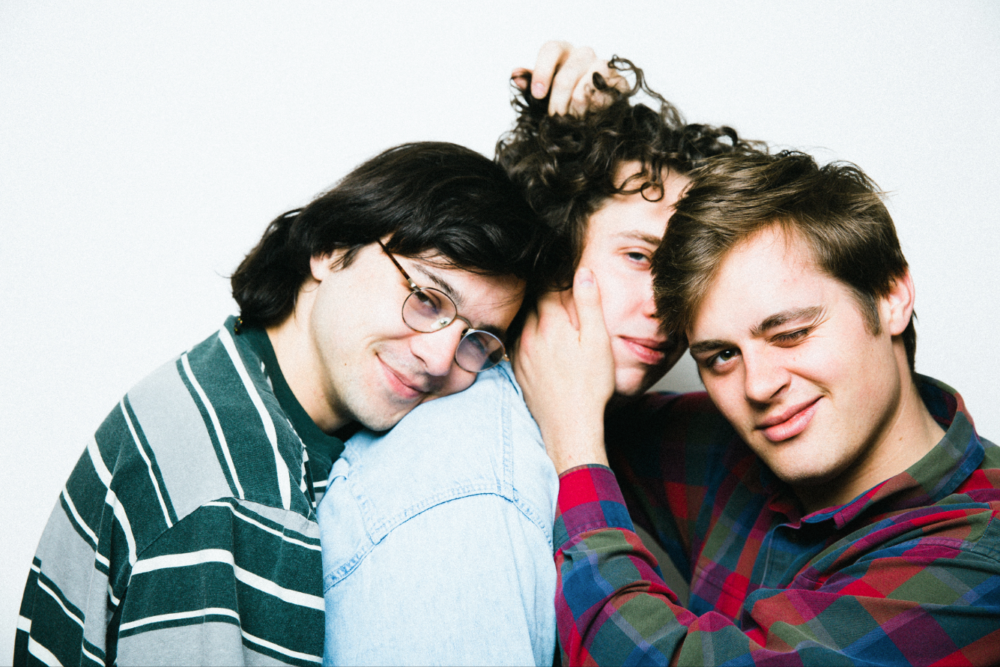 Inside the teenage bedroom of frontman Drew Auscherman new music was in the making. The Bloomington, Indiana based lo-fi bedroom project, Hoops, initially founded as a solo project inspired by Oneohtrix Point Never’s fifth studio album ‘Replica’, has found a local rise to fame in recent years.

Auscherman used to work in a nursery were the hoop houses (low cost greenhouses) were the initial inspiration for the beat-driven frontman to come up with the band’s name.  Soon after, Auscherman rounded up a few of his close friends to help with his tracks and give substance which propelled to his music to shift to a more guitar-powered, melodious style.

Jumping into the year of 2014, Auscherman had managed to form the one man show into a full 4-piece band.  Since the band’s formation, they released three cassette tapes (their preferred format) which they independently recorded and distributed. The cassettes truthfully titled Tape #1, Tape #2, and Tape #3, were sold at shows on tour while amassing a fan base through personal interactions.

It was one of those tapes that ultimately shifted the band’s career, when it fell into the laps of independent, Mississippi-based record label, Fat Possum Records.

Soon after, their self-titled EP which was launched in 2016 received a great deal of praise on several music publications including: NME and Stereogum; as well as an acclaimed track off the EP hitting #2 on Spotify’s U.S.A and Global Viral Charts.

A year later, Hoops released their debut full-length EP titled ‘Routines’ with Fat Possum Records featuring a set of tracks with a vibe molded from the 70’s radio era in a simple arrangement of chords and synths spun together.

Hoop’s sound evokes a sense of nostalgia of an era when radio and cassettes used to shine. The evident hissing and fuzzing of the tracks are not only deliberate but also the pinnacle backbone of the bands psych-pop sound. The band’s sound is ultimately based on power-pop chords and intricate drum patterns along with some seemingly concealed dark lyrics.