Ohio’s Inkcarceration festival is back with a legendary lineup and unique experiences for fans. The festival is held in Ohio State Reformatory, made famous by the film ‘Shawshank Redemption,’ and will offer complimentary tours of the prison for atendees. 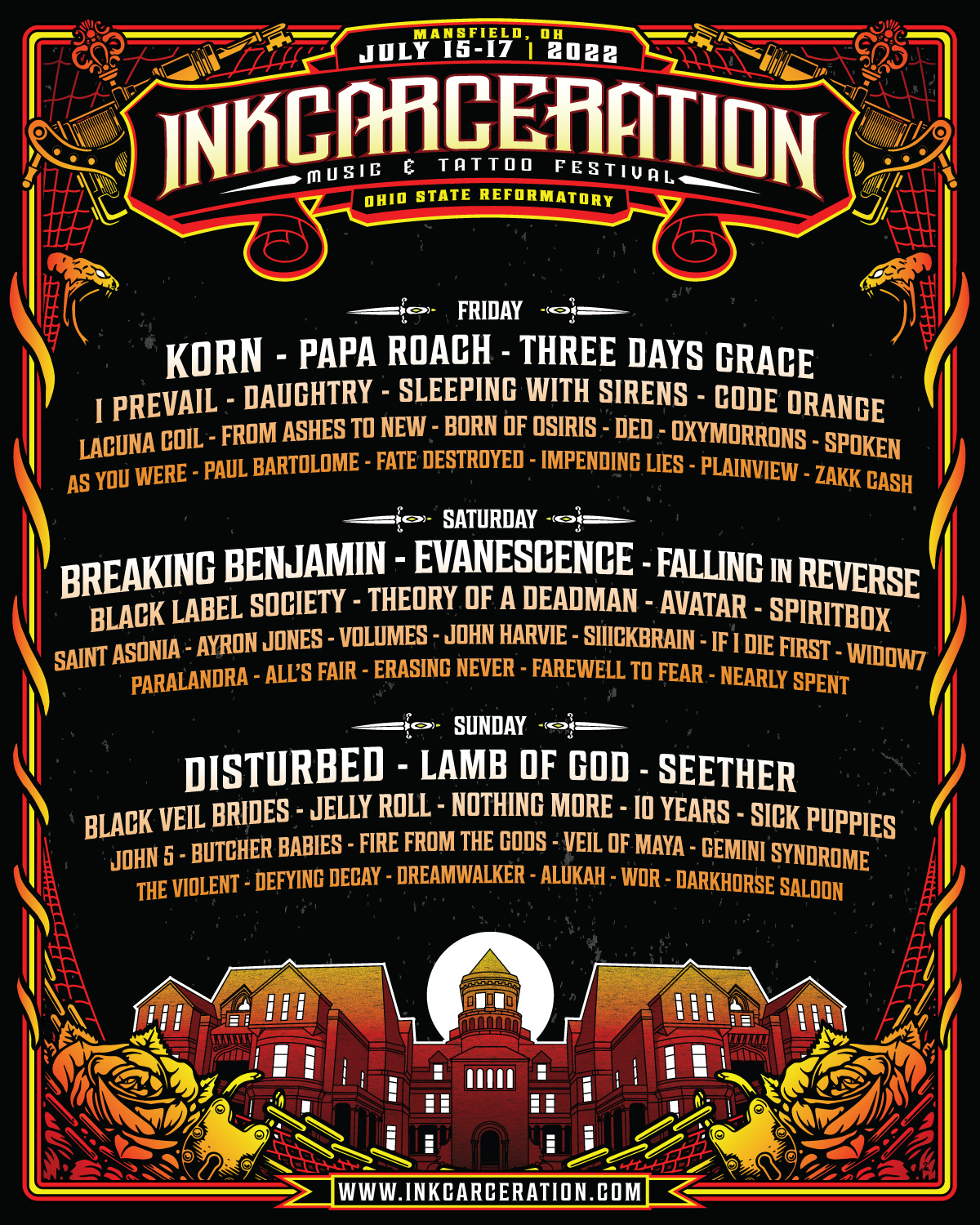 Alongside its music lineup, the festival will also feature haunted attractions and a tattoo convention with more than 70 artists. Nightly tattoo competitions will be judged by musician Jenncity, actor Robert LaSardo, and tattoo artist Caleb Noff.