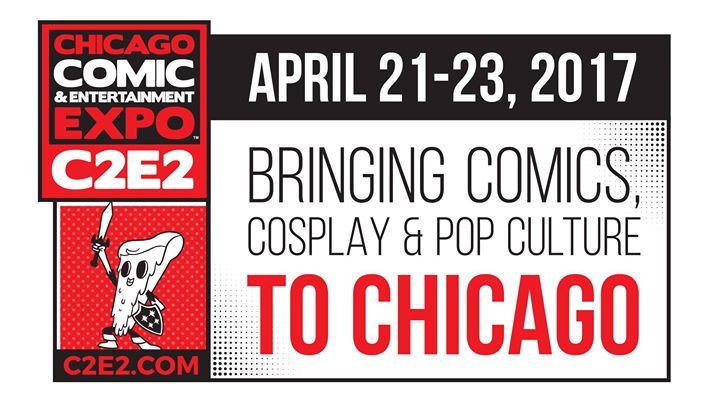 Chicago’s C2E2 Comic & Entertainment festival will be going on next week from Friday April 21st through Sunday April 23rd, 2017 at the South Building at McCormick Place. The comic book and pop culture convention features the, “latest and greatest from the world of comics, movies, television, toys, anime, manga and video-games.”

C2E2 will have appearances from the cast of Stranger Things, Millie Bobby Brown, Finn Wolfhard, Gaten Matarazzo, better known by their character’s names Eleven, Mike and Dustin, respectively. Other highlights include Michael Cudlitz, Abraham Ford on AMC’s The Walking Dead, Mike Colter aka Luke Cage from uh…Luke Cage, Vincent D’Onofrio aka the guy who wants to militarize raptors from Jurassic World, Michael Rooker aka Yondu from Guardians of the Galaxy, David Yost and Walter Jones aka the Blue and Black Ranger, respectively, and Veronica Taylor better known as the voice of Ash Ketchum, that’s right the Poké master was voiced by a female. Others will be making appearances as well, but I feel that should be enough to get you titillated.

The festival will have a variety of events over the three days. Highlights include a Marvel writing workshop, a spotlight with Star Trek and Big Bang Theory star Wil Wheaton, a storytelling workshop with comic book legend Brian Haberlin, and Quidditch 101.

You can purchase tickets for the event at http://www.c2e2.com/Tickets/Buy-Tickets/. They sell individual tickets ranging from $30 to $40 depending on the day and a three day pass for $70. If you want to get your inner nerd on, this is definitely the event for you.