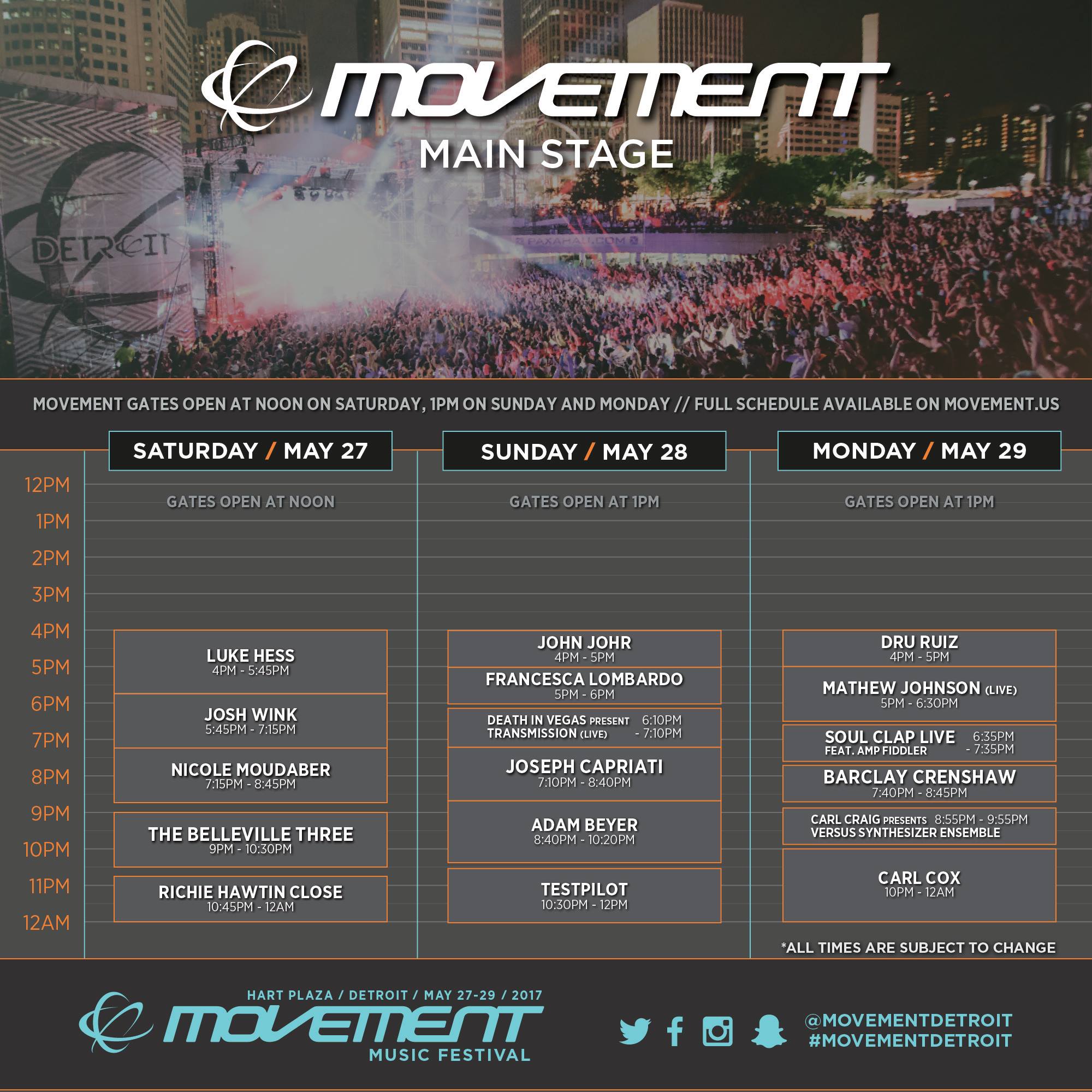 Festival organizers are excited to have Movement Yoga presented by Detroit Yoga Labs back on-site, taking place on Sunday (May 28) and Monday (May 29) at the Made In Detroit Stage.

Full schedule and set times can be found at www.movement.us/schedule. 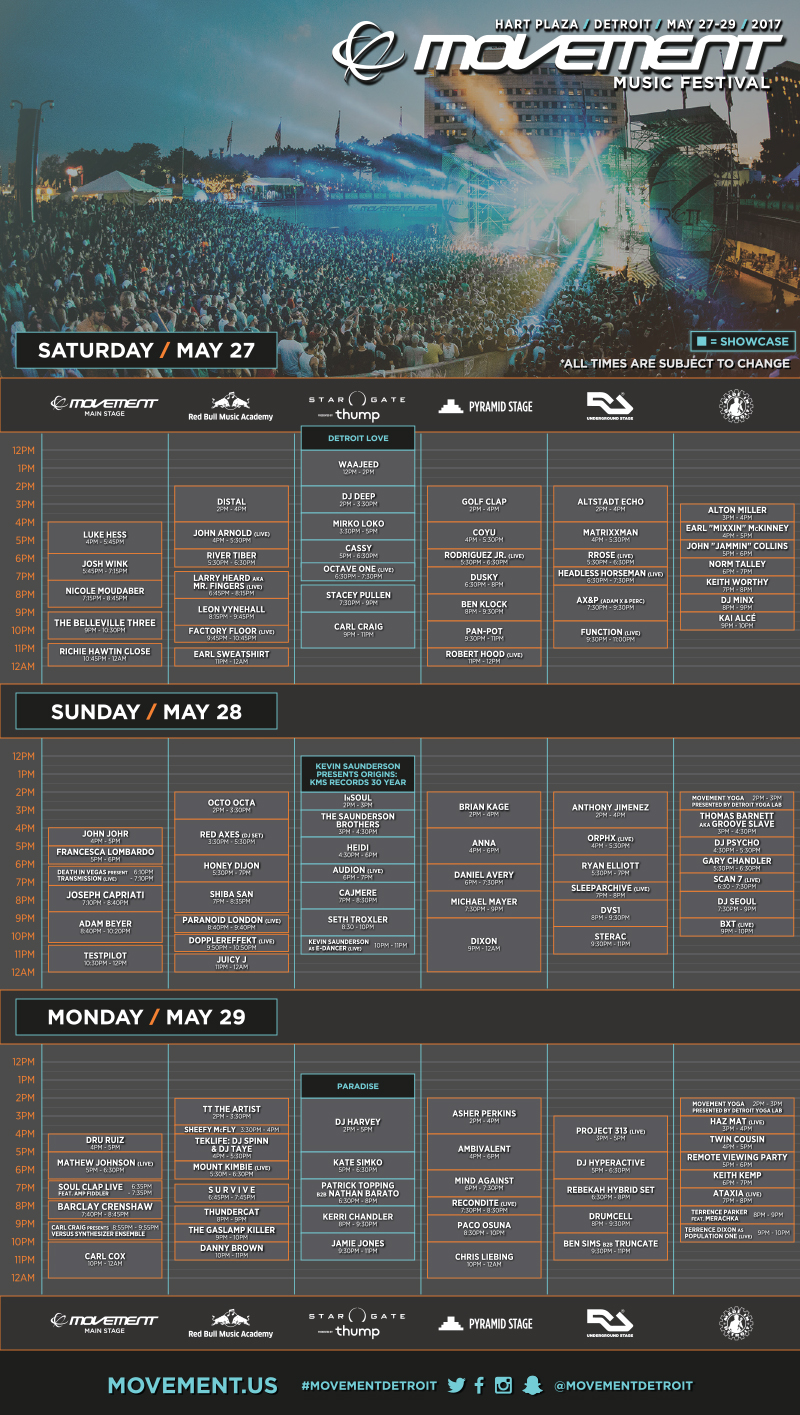