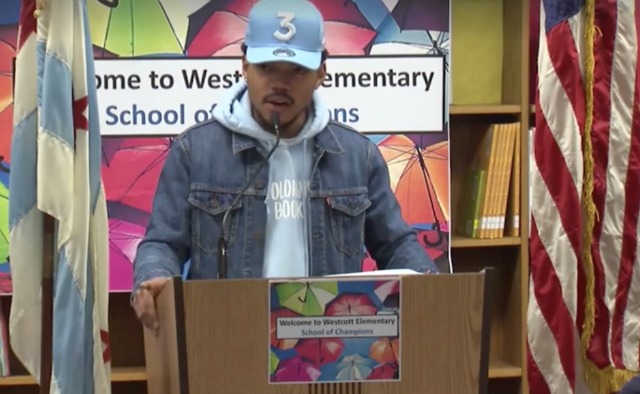 It’s been two years since Chance the Rapper sang “They screamin’ Chano for mayor,” and now a group has adopted “Chano for Mayor” as their rallying cry as they push for Chance to run against Rahm in 2019.

The website and Twitter handle for Chano for Mayor appeared on Sunday, and they’re full of choice quotes from Chance the Rapper lyrics that allude to his potential political ambitions and policy priorities:

Text on the site explains the motivations behind it:

Rahm Emanuel has been in office since 2011. In that time we’ve seen the closure of 50 public schools, the largest in history. The city shut down 6 of its 12 mental health clinics. The Department of Justice found a pattern of civil rights violations by the Chicago Police Department, including but not limited to the murder of Laquan McDonald. It’s time for change.

The site also includes a disclaimer that Chance did not make the site and is not involved with it. “If you are Chance the Rapper, and want this URL or for us to take it down for any reason, get in touch on Twitter @chano4mayor2k19,” it says.

Chance, whose full name is Chancellor Bennett, is the son of Ken Bennett, a former aide to Mayor Rahm Emanuel. But that hasn’t stopped him from being critical of the mayor in recent years. Indeed, as Chance’s star rises in the music world, he has become more outspokenly political in general, hosting a free get-out-the-vote concert before the 2016 presidential election, meeting with Gov. Bruce Rauner and telling him “do your job,” setting up an arts and literature fund for Chicago Public Schools, and saying in a May 2016 interview that Chicago “needs a new mayor.”

With Chance’s ever-growing popularity and speaks-for-the-people vibe, we almost wouldn’t be surprised if he did take up the call to run for mayor.