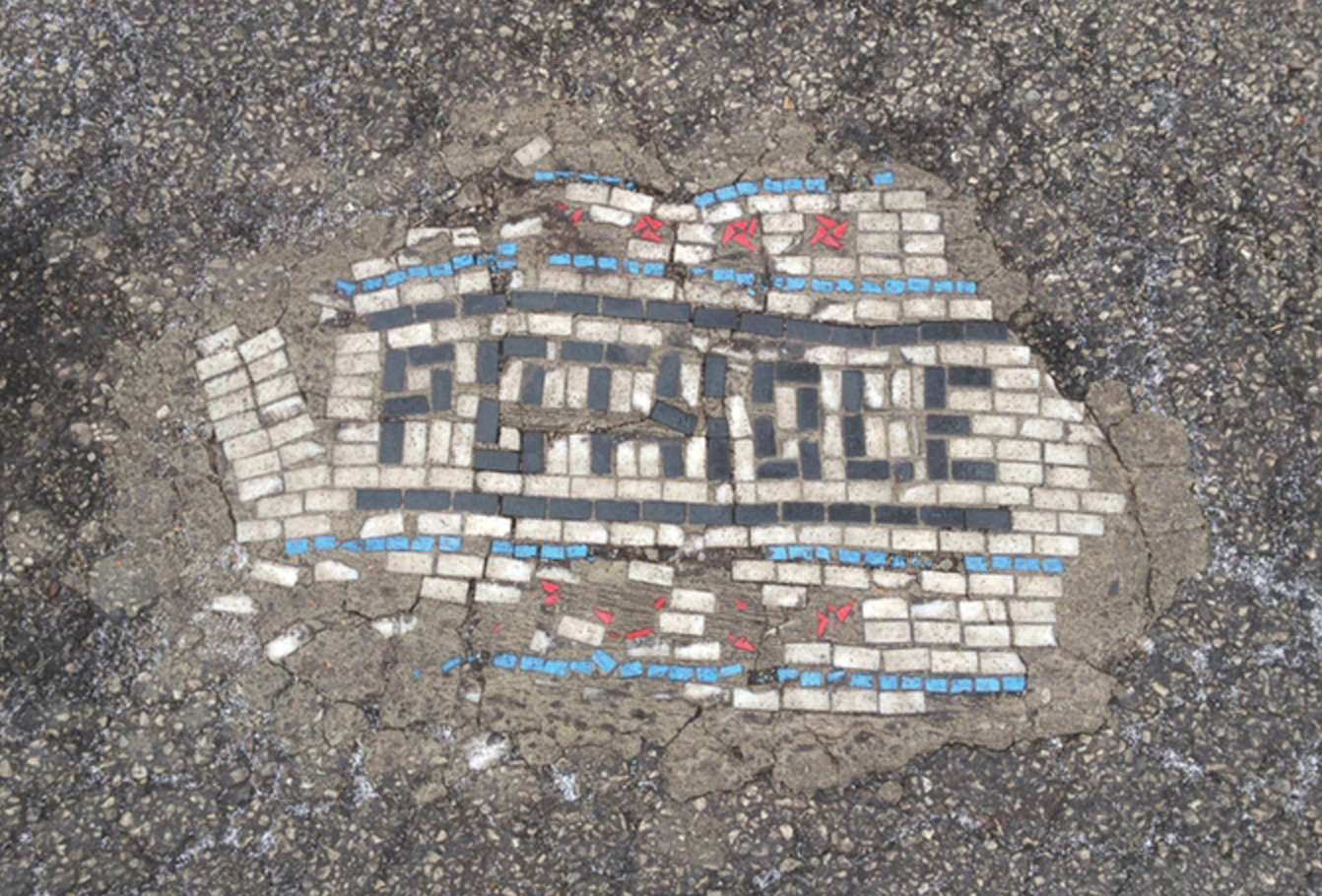 The original pothole installation on May 20, 2013

One of Chicago’s true originals, Jim Bachor for the last five years has been turning some of the city’s worst infrastructure nuisances into some its best public art. If you’re not familiar, Bachor brings the ancient art of mosaic installation to perhaps the world’s most unlikely canvas: potholes. It’s eccentric, beautifying (“much prettier than hot steaming asphalt”) and utilitarian all at once, and we’ve been big boosters ever since his work landed on our radar and under our foot.

But the one-man art of pothole mosaics isn’t cheap, especially as Bachor continues to expand his practice in other parts of the country, and even around the globe. (A previous fundraiser, in 2015, allowed for six permanent exhibitions, as it were, in Finland.) He’s once again asking for fans to kick in a bit, via Kickstarter, to keep the much-loved project on the grow—with great stickers, prints, shirts and more available for various pledge levels.

Help out directly by contributing to the Kickstarter campaign.