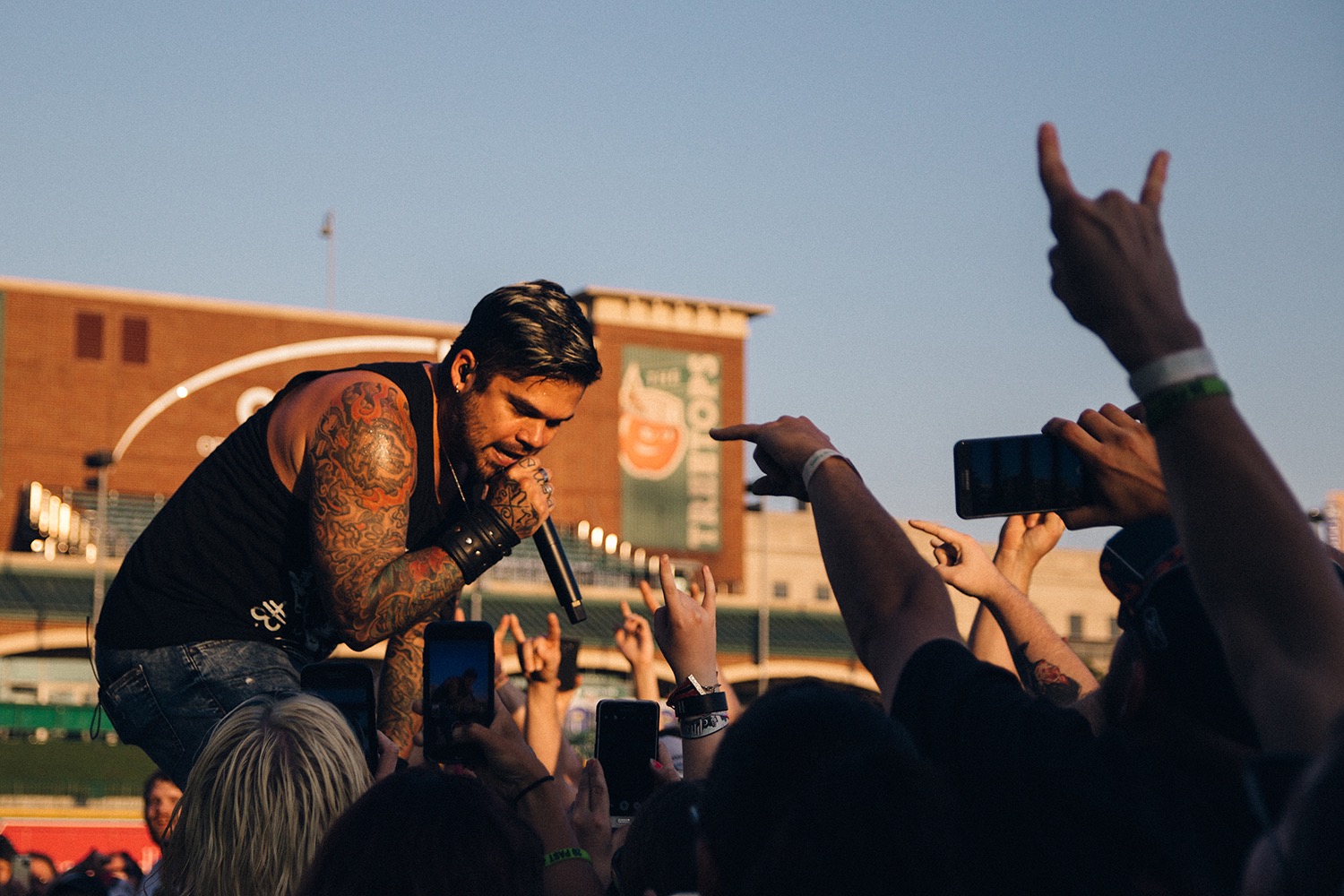 With a name like “Make America Rock Again,” you might expect some political preaching, but there was none to be heard as Fort Wayne, Indiana welcomed Scott Stapp, Pop Evil, Sick Puppies, Drowning Pool, Saliva, and Trapt.

Current politics require a lot of attention, but it was nice for the crowd to take a night off, to let the music take them back to the ‘90s and early 2000s when alt rock was blaring through their speakers and some of  these bands were at their peak.

Though to be fair, most of these performers haven’t lost a step since their heyday. The crowd knew it and loved them the more for it.

Scott Stapp is known mostly with his band of the last twenty years, Creed, but has performing solo since the band’s second split in 2012. In his set here he played the Creed hits and fan favorites, but mostly stuck to his own work. His harder, darker songs went over well with the crowd and were stronger even than the Creed sounds.

Stapp had Saliva to thank for kick-starting the event, really getting the crowd on his side. Sick Puppies and Drowning Pool helped, too, with both performers jumping into the audience, crowd-surfing and hyping them up with talk of breaking records.

This tour probably wasn’t on your must-see list, but they came out to make people rock again, and the crowd did rock.