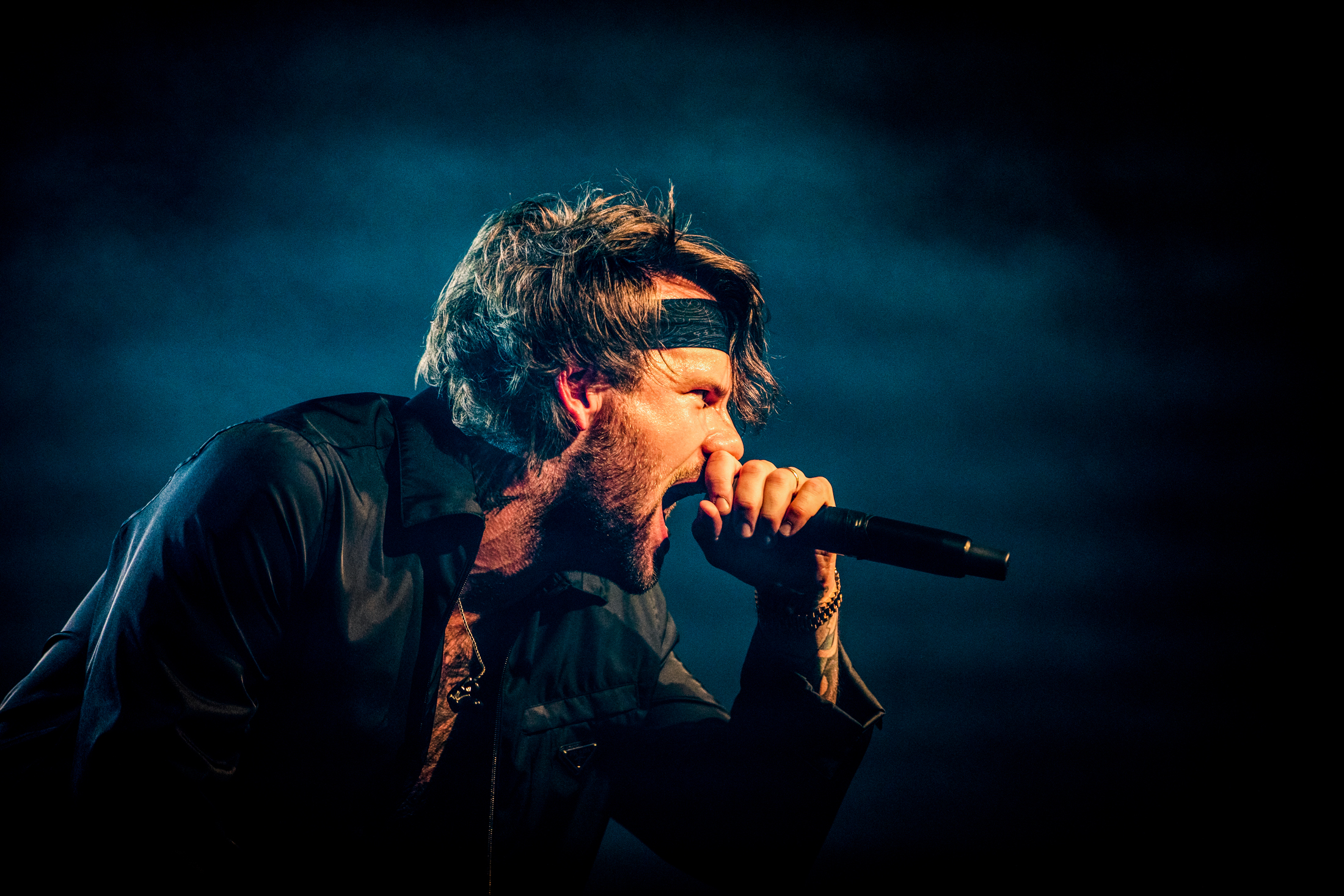 Saturday evening marked the first stop on American hardcore band Beartooth’s The Below Tour: Part 2 in Fort Wayne, IN. Sharing the stage with the elite headliners were hard rock bands Silverstein, The Devil Wears Prada, and Erra. Just hours before the show, fans were spotted outside the venue lined up across the parking lot for their chance to get inside and witness one of hard rock’s largest tours since the pandemic of 2020.

Starting things off for the evening was metalcore band Erra. Hailing from Birmingham, Alabama, the 5-piece act stormed the stage with their high-voltage energy. Lead vocalist JT Cavey started things off by getting the crowd hyped with his powerful vocals. Although many in attendance were newcomers to the band, multiple fans were seen singing along as clean-tone vocalist Jesse Cash wowed them with his melodic clean tone vocals. The crowd also witnessed what are arguably some of the most technical guitar riffs in modern metalcore performed by lead guitarist Sean Price. The group played several of their top tracks such as Gungrave, Skyline, and Snowblood.

Taking the stage after Erra was metalcore band The Devil Wears Prada (TDWP). Being one of the original pioneers of the metalcore genre, TDWP has taken part in some of the world’s largest music festivals including the Vans Warped Tour, Rock On The Range, and Rock am Ring. The Dayton, Ohio based group brought the heat by opening with the live debut of their new hit single Watchtower. The bands fierce and charismatic stage presence drew out some of the evenings first of many crowd surfers. Many of the die-hard TDWP fans in attendance were visibly pleased as the group performed classics such as Dez Moines and Danger: Wildman.

As if the metaphorical bar of the evening couldn’t be raised any higher, Burlington, Ontairo band Silverstein came out swinging even harder. The 5-piece hardcore group quickly became a crowd favorite with their vigorous stage presence and crowd engagement. Lead vocalist Shane Told had total control over the crowd from the start by encouraging them to sing along as they performed fan favorites such as My Heroine, Massachusetts, and Smashed Into Pieces. While performing the last song of their set, Smile In Your Sleep, the band was joined by Mike Hranica of TDWP as vocal support. Both Told and Hranica were seen embracing each other at the end of the song in appreciation for one another.

Last, but certainly not least to finish off the evening was Columbus, OH based hardcore band Beartooth. The 5-piece act took the stage following an impressive intro led by the sound of the famous AC/DC song Thunderstruck. Lead vocalist Caleb Shomo wasted no time engaging the crowd by having them jump off their feet and sing along. Shortly after playing the song Devastation, Shomo was seen standing alone at the front of the stage in silence as the crowd repeatedly chanted “Beartooth, Beartooth, Beartooth”. The subtle smile and gaze upon Shomo’s face was nothing short of pure joy and appreciation for his fans. The band went on to play several more songs from their most recent album Below including Fed Up, Skin, and Phantom Pain. Throughout the night, fans were also treated to an incredible combination of guitar riffs put together by the duo of Will Deely and Zach Huston. The band finished out the evening with an absolute bang by performing The Past is Dead and The Last Riff.

Overall, the first stop of the The Below Tour: Part 2 was a huge success. If this show was even a fraction of things to come, the remaining dates of this tour will be incredible. If you were unable to attend the Fort Wayne date, be sure to catch all four bands on one of the three remaining Midwest stops.