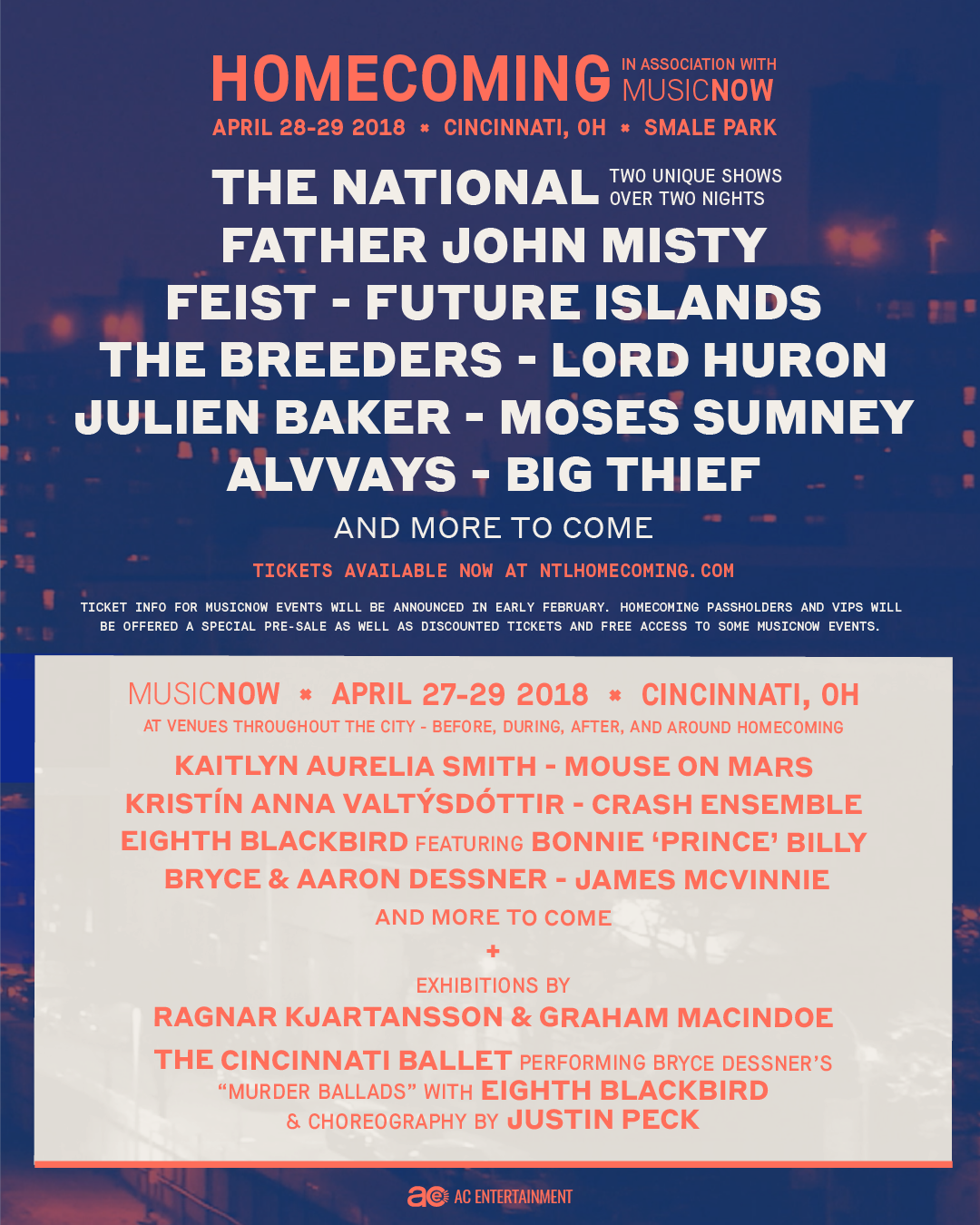 The National to host Homecoming, a Cincinnati, OH Music Festival

The National revealed the partial lineup for Homecoming, the inaugural music festival the indie band will host at Smale Park in downtown Cincinnati, OH this spring on two stages April.

Additional Homecoming acts and details will be announced in the coming weeks. Check back early February for the full program and ticketing info for MusicNOW. There’s much to share… Until then, secure your GA & VIP weekend passes for Homecoming now.