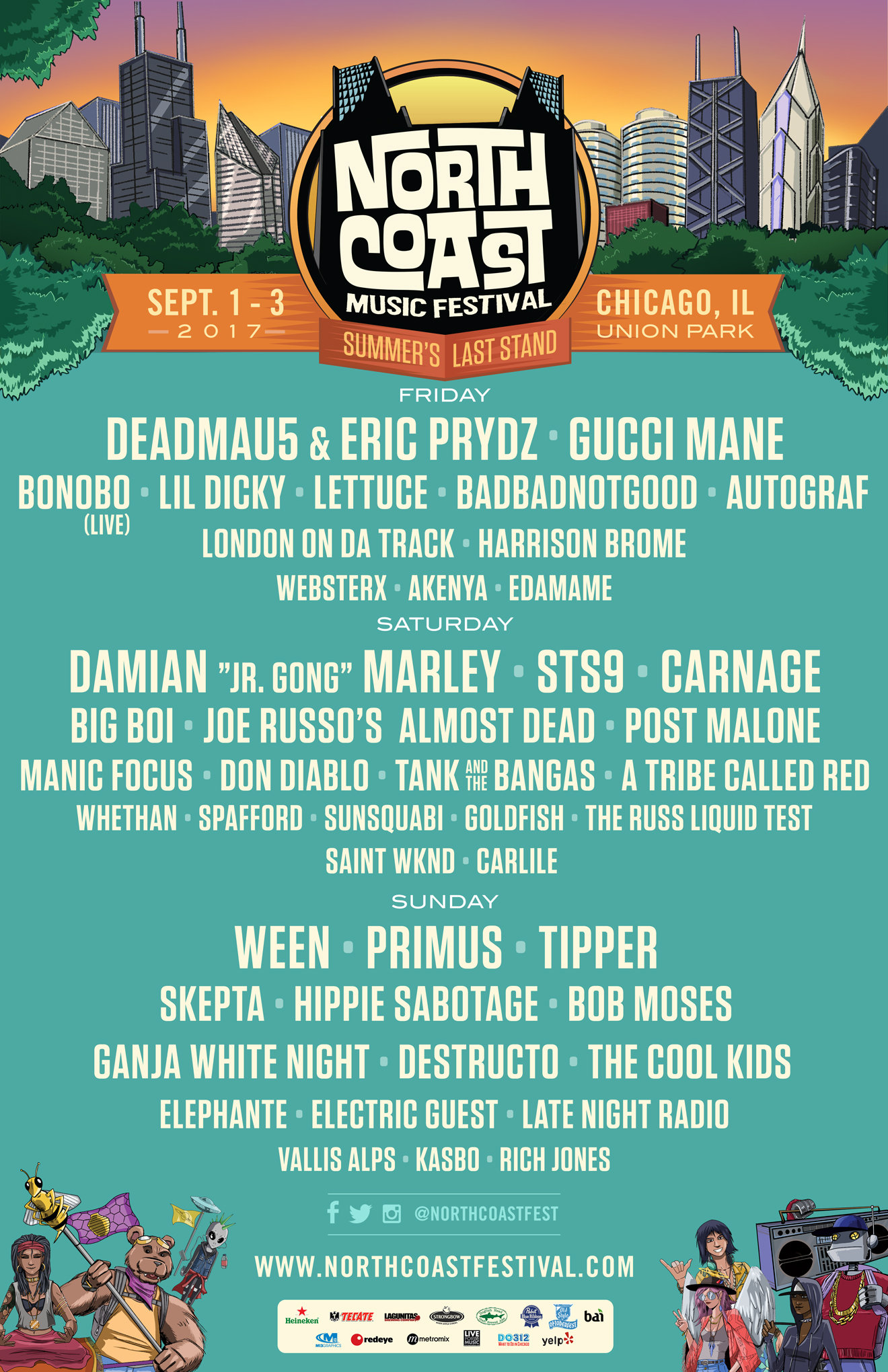 This year, LES CLAYPOOL returns to North Coast with his iconic funk band PRIMUS, bringing their historic creations and soul-piercing energy to perform a headlining set on Sunday, September 3. Known worldwide for their decades of boundary-shattering live creations and irreverent, quirky approach to songwriting, Primus’s appearance at NCMF comes as a precursor to the group’s upcoming ninth studio album set to release in 2017.

Stay tuned for additional announcements, including North Coast’s final surprise artist, painters for the heralded Live Graffiti Area and the DJ lineup for the Silent Disco and the House Dome, which will be revealed over the coming weeks!

Single Day, 3-Day and VIP Tickets Are On Sale Now at northcoastfestival.com!