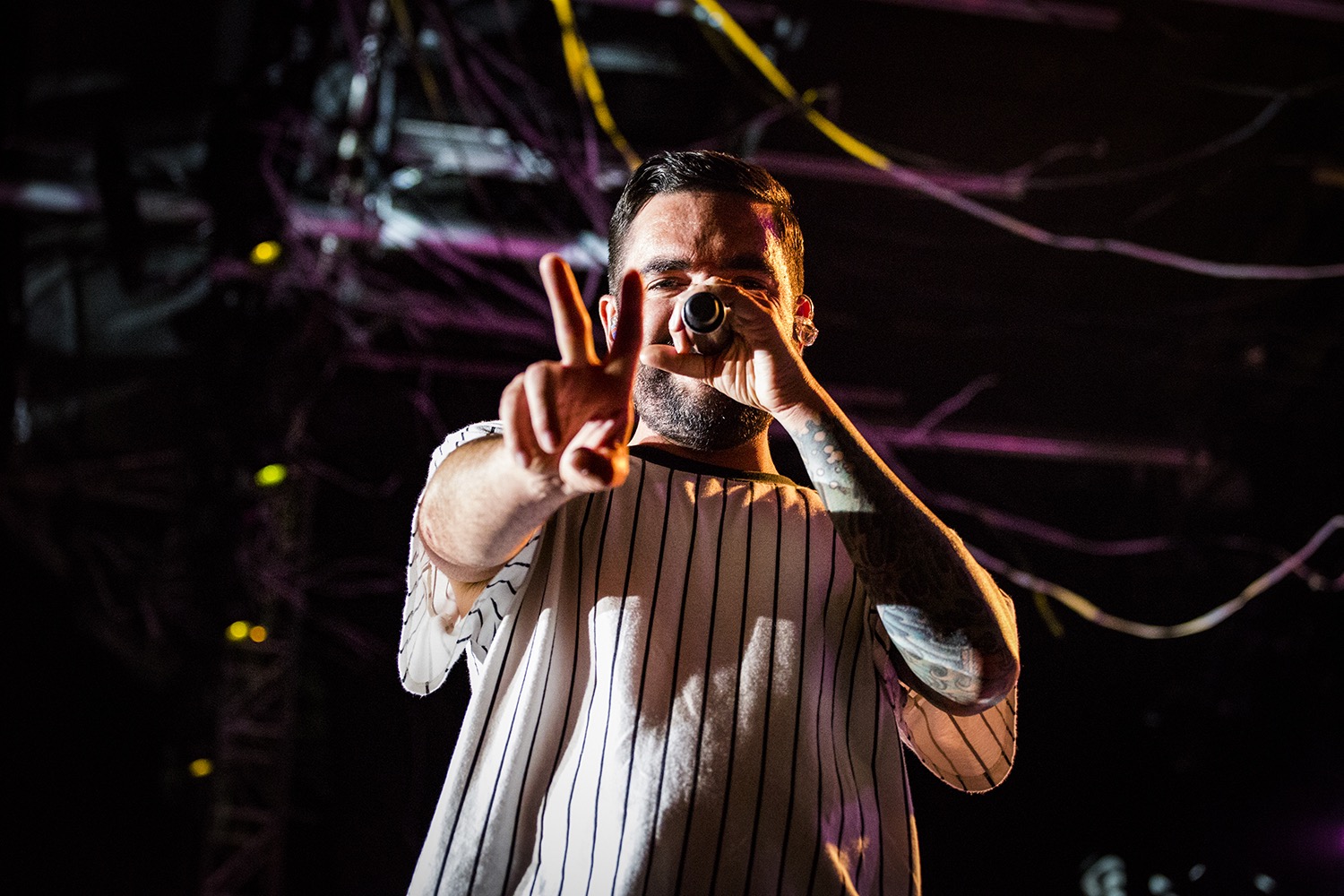 A Day To Remember | photo by Matt Hakey

Photos and words by Matt Hakey.

The fourth year for the annual Self Help Fest took place on Saturday, October 7th in Detroit, MI. Far Out Midwest was given the opportunity to cover all the high-octane action. The immensely successful festival was created by hardcore rock band A Day To Remember in 2014 and has become one of the genres most attended music festivals in the U.S. The event consists of two stages, Black and Red, with alternating bands playing non-stop throughout the day. The lineup of bands at the Detroit leg of the tour included The Plot In You, Sylar, Too Close To Touch, Wage War, Moose Blood, Issues, Of Mice & Men, Falling In Reverse, Underoath, Pierce The Veil, Rise Against and festival founders A Day To Remember. Because this year marked the first appearance of the event in Detroit, both excitement and energy levels of festival goers were ridiculously high.

The day kicked off with opening bands The Plot In You, Sylar and Too Close to Touch. All three bands did an incredible job of setting the tone for the entire day by welcoming stage crowds with their high-energy sets and musical creativity. Hardcore band Sylar’s lead vocalist Jayden Panesso’s compelling screams combined with guitarist Miguel Cardona’s clean vocals created the perfect balance of hard rock harmony for everyone within range of the Red Stage. Sylar’s set also sparked one of the day’s first mosh pits as the festival’s energy continued to grow.

As the day continued, bands Wage War, Moose Blood and Issues took to the stages. Ocala, FL based Metalcore band Wage War wasted no time picking up where Sylar left off. With their intense vocals and technical guitar playing, Wage War engaged the crowd in a way that left no one standing still. Following Wage War was Atlanta/LA based intercostal heavy pop band Issues. No strangers to the stage, the 5-piece came out strong as vocalists Tyler Carter and Michael Bohn’s voices carried rapidly through-out the venue. The band’s unique mix of both hardcore and pop music allowed them to stand out from the rest of the festival’s amazing acts.

Although the sun had begun setting on the day, the party was just getting started. Internationally recognized bands Of Mice & Men, Falling in Reverse and Underoath took complete control of their stages. Coming off their 2017 Rebirth tour, Grammy nominated band Underoath put on a show-stopping performance that will be remembered by festival goers for years to come. Accompanied by lead vocalist Spencer Chamberlain’s superb screams, drummer Aaron Gillespie wowed the crowd as he provided both drums and clean tone vocals for the post-hardcore 6-piece act.

Following Underoath on the Red Stage was San Diego, CA based rock band Pierce The Veil (PTV). The highly talented 4-piece drew multiple crowd surfers during their set. However, out of the numerous festival goers participating in crowd surfing, one young lady stood out from the rest. Jessica W. was spotted crowd surfing in a wheel chair… that’s right, a wheel chair. Far Out Midwest had the opportunity to speak with Jessica after PTV’s set and learned that she had undergone major cancer removal surgery just eight days prior to the event. “I’m eight days’ post-op off a major cancer removal stomach surgery and still have four more surgeries to go.” Although Jessica is currently engaged in the fight of her life, she wasn’t going to let cancer ruin the chance to see one of her favorite bands. “This was my first time crowd surfing and it was amazing!” Jessica is an inspiration to all of us who share the same passion of music and we wish her all the best on her road to recovery in the following months to come.

Closing out the night with extraordinary performances on an already stellar day were headlining bands A Day To Remember (ADTR) and Rise Against. Event founders, A Day To Remember, lit up the night with their powerful performance and impressive stage presence. Confetti and smoke cannons, beach balls and blow up dolls transformed ADTR’s set from a concert to an all-out beach party. Chicago based punk rock band Rise Against followed up ADTR’s set to close out the evening. Midway through their set, Rise Against was challenged with heavy winds and cold rains. With zero intentions of letting down their fans, the band continued playing and muscled their way through what turned out to be the best performance of the day.

Overall, it’s easy to see that once again this festival was a huge success. With more exposure being brought to the bands of this year’s lineup and the music genre itself, it’s obvious that this festival will only continue to grow stronger and stronger in the coming years. Far out Midwest had an absolute blast covering this event and are stoked to see what its creators have in store for next year!