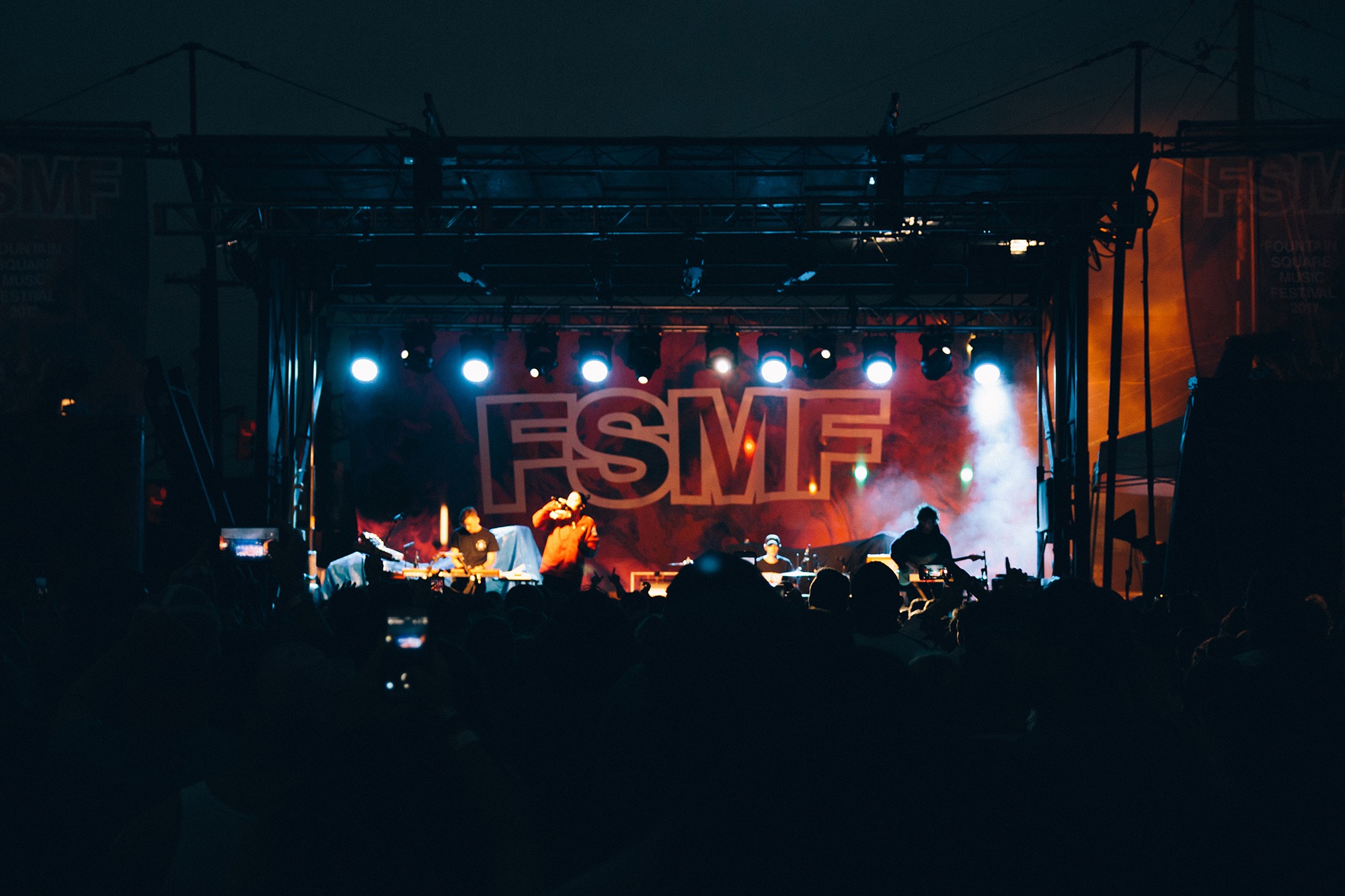 Fountain Square Music Festival in Indianapolis is like a block party, of sorts: the streets are blocked off and everyone’s invited, but it’s the locals that really show up in droves.

For a smaller Midwestern city, you might think Indianapolis would be forced to search far and wide for talent to fill five stages for two days — October 6 & 7 this year — but that’s far from the truth. There was a surprisingly eclectic mix of sounds resonating throughout the area, lingering in the courtyard where festival-goers grabbed a drink or stopped at food trucks between sets. A few local spots even opened themselves up as venues for the festival, letting people enjoy the modern version of “dinner and a show.”

Outside, near the main stage, Punch Bowl Social kept the crowds engaged with foosball tables, ping pong, and games of jumbo connect four. Rather than being packed in tight, as is the case at many festivals, everyone at Fountain Square had space to breathe and relax, creating a soothing vibe. At least, until the bands started and gathered everyone in.

Saturday’s headline, Phantogram, was an hour delayed by thunderstorms in the area, but that didn’t kill the gathering, luckily. Many fans waited it out, eager to close out the festival for the year.

Running through the festival was a sense of community, of the region coming together to support these sixty artists, many of whom were local. You got the feeling Indianapolis knows it’s cool and home to a wealth of talent, now they’re just waiting for everyone else to catch on.

Photos from Saturday by Adam Meyer.