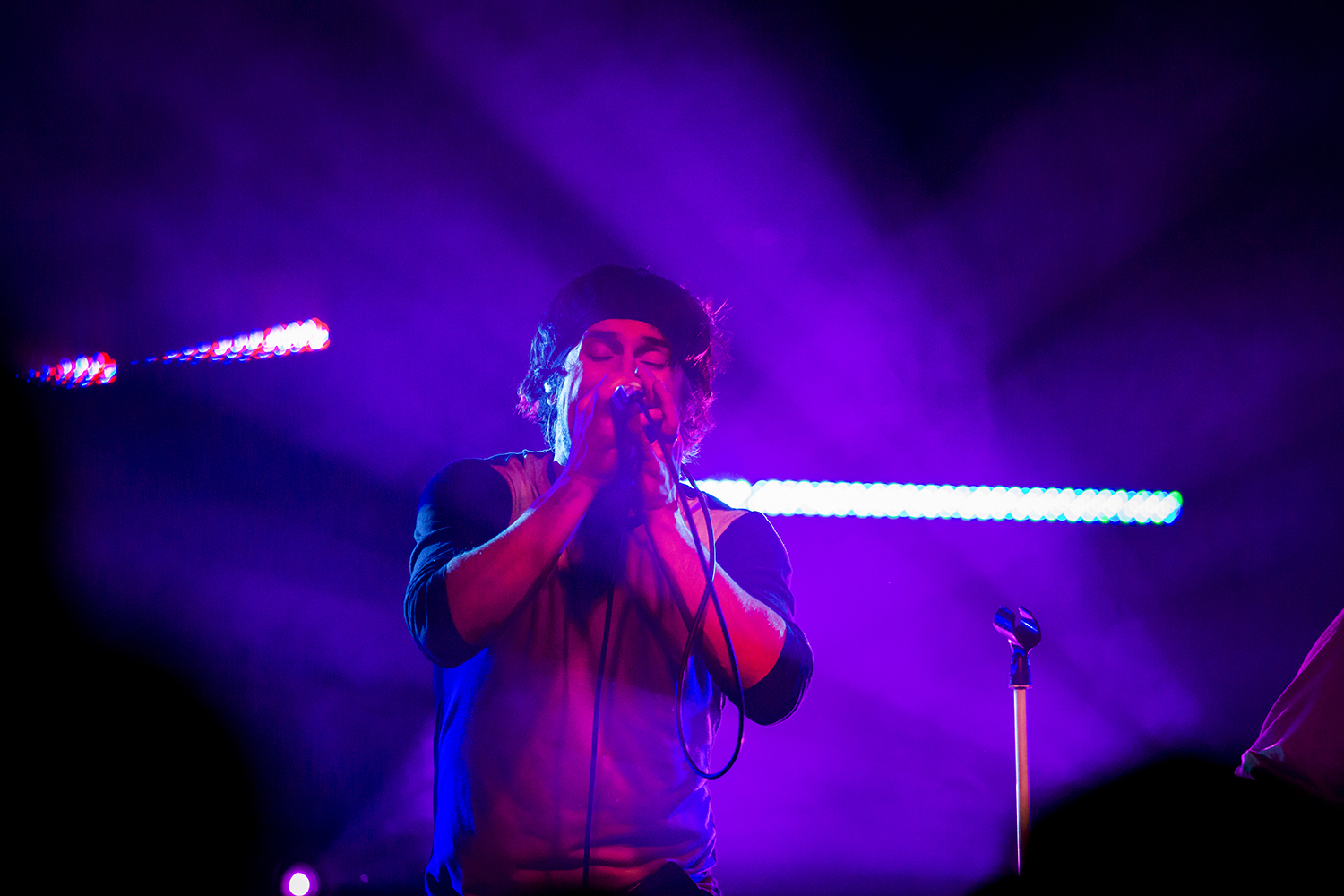 Friday night marked the long-awaited return of hard rock band 10 Years back to Fort Wayne, IN. Playing their second to last stop on tour with fellow rock bands Otherwise and RED, the band returned to the city with their original lineup playing at the newly re-opened Piere’s Entertainment Center. Although temperatures outside the venue were near freezing, it didn’t stop concert goers from lining up around the building awaiting to get inside to watch some of their favorite bands perform.

The evening kicked off with hard rock band Otherwise taking the stage. The Las Vegas based 4-piece group got the crowd hyped up with their tremendous stage presence and progressively fast music. Lead vocalist Adrian Patrick did an amazing job of interacting with the crowd, making them feel like he’d been friends with them for years. While Patrick handled the crowd, band members Ryan, Tony and Brian backed him up with their instrumental fire power.

Second to take the stage was none other than crowd favorite 10 Years. Having already played in Fort Wayne several times, the band was greeted by concert goers with a roar of excitement. The Knoxville based hard rock band played several songs off their new album, how to live (AS GHOSTS), as well as two of their most well-known songs, Wasteland and Shoot It Out. During their set, lead vocalist Jesse Hasek stunned fans as he left the stage and entered the crowd for two songs during the bands set.

Last, but certainly not least to take the stage, was Nashville Tennessee based band RED. The alternative rock 4-piece closed out the evening with a powerful performance filled with high-energy and an amazing light show. Despite a slight delay due to technical difficulties, the band was able to entertain the crowd while the issues were resolved by the venue’s professional technicians.

Overall, this show was a huge success. All three bands put on a great performance that was without a doubt appreciated by everyone in attendance. We would like to send a special thanks to Piere’s entertainment center for allowing Far Out Midwest to cover this event. Stay tuned for more events and coverage from this venue in the near future!