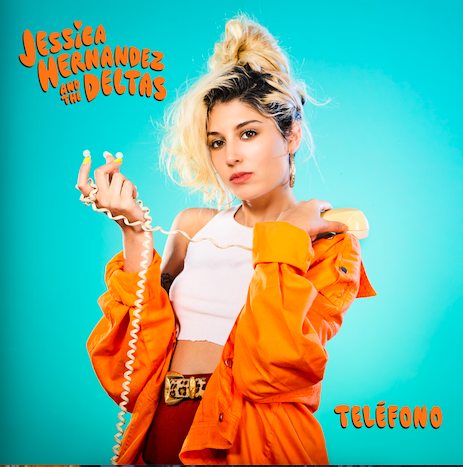 In addition to announcing her album release date, Hernandez and the boys also revealed the cover art

Finally, the day has come! After months of anticipation from Detroit’s Jessica Hernandez & The Deltas over when their sophomore album would be arriving, the wait is just about over. Jessica Hernandez and her faithful Deltas’ new album, Telephone/Teléfono, will arrive June 23 via Dead Owl Music / Instant Records.

You can pre-order Jessica Hernandez & The Deltas’ new album too, and you can do that right here. If you pre-order the album, you will automatically get new singles from the album “Hot Damn,” “Run Too Far,” and “Escapar.” Plus, you’ll get access to some exclusive behind-the-scenes videos and much more.

Jess and the boys will play their next hometown show on Cinco de Mayo for Oooh la la Lucha at Saint Andrews Hall.