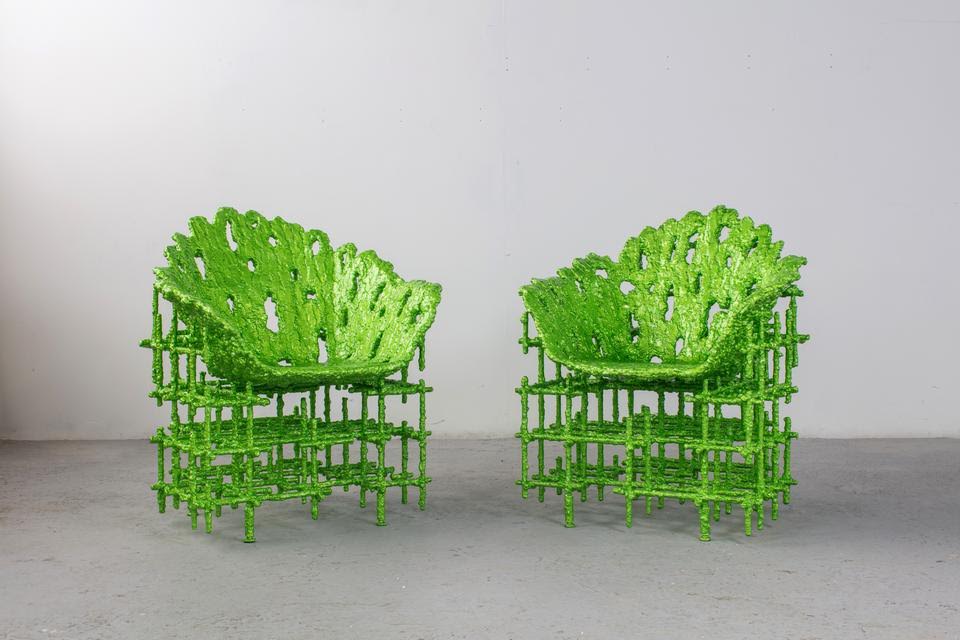 After thriving in the New York arts scene, working with galleries including Andrew Edlin and the Marlborough Contemporary, Terese Reyes realized Detroit is the place to be. Her new gallery in Birmingham, Michigan — just outside Detroit — is nearly 5,000 square feet of contemporary art. Reyes Projects, the gallery, is now open every Monday through Saturday at 100 South Old Woodward Avenue.

Detroit is recognized as a city on the rise, a city in which arts are becoming increasingly nourished and valued. By opening a gallery near the Midwestern city, Reyes can be a leader in the movement.

The gallery, opened just this year, focuses on contemporary pieces, placing an emphasis on local artists. The space is a former Wachler Jewelry building — large, light, and malleable. It is Reyes’s intention to host five exhibitions each year.

The gallery’s first exhibition, “Undercover Boss,” examined the prevalence of surveillance and the resulting lack of privacy. Works in various mediums were included with the aim of giving a beautiful representation of a complex, potentially dark topic. The display was designed in collaboration with Scott Reeder, a Detroit and Chicago-based artist and professor at the School of the Art Institute of Chicago.

Reyes Projects‘ summer group exhibition opens on Friday, August 4 at 6PM. The gallery has invited New York and Detroit based artists to contribute work with one theme in mind; Something Green.

We asked Reyes Projects a few questions regarding the new exhibition:

FOM: Can you talk about the next exhibition, “Something Green”?
RP: Something Green is an overt ode to the color. We’ve challenged a group of New York and Detroit based painters to interpret the theme liberally. “Something Green” brings to mind the growing seasons and renewal—but also envy and greed. It’s a potent idea for them to play around with.

FOM: What inspired the theme?
RP: Terese was thinking of the phrase regarding weddings, “something old/new/borrowed/blue.” Many weddings, of course, occur during the summer and spring months, when the weather and scenery are ideal for photos and pageantry. With the phrase, “Something Green,” we wanted to reference the metaphors surrounding weddings and summertime. This is the third show at the gallery, and we liked the idea of referencing our newness and our future growth.

FOM: How did you select the artists?
RP: We chose artists who would be excited by the idea of making heavily interpretive work. There is a heavy emphasis on painting, which references the tradition of landscape painting.

FOM: Is it any more work organizing a group show like this being based in the Midwest?
RP: No, I don’t think so. It gives us an opportunity to highlight artists working in the Detroit area, and put their work in conversation with artists based on the coasts. That was always our goal as a gallery, and this show keeps with this tradition.

FOM: Can you list 3 words that best describes the art world in the Midwest?
RP: Integrity, conscientious, restless