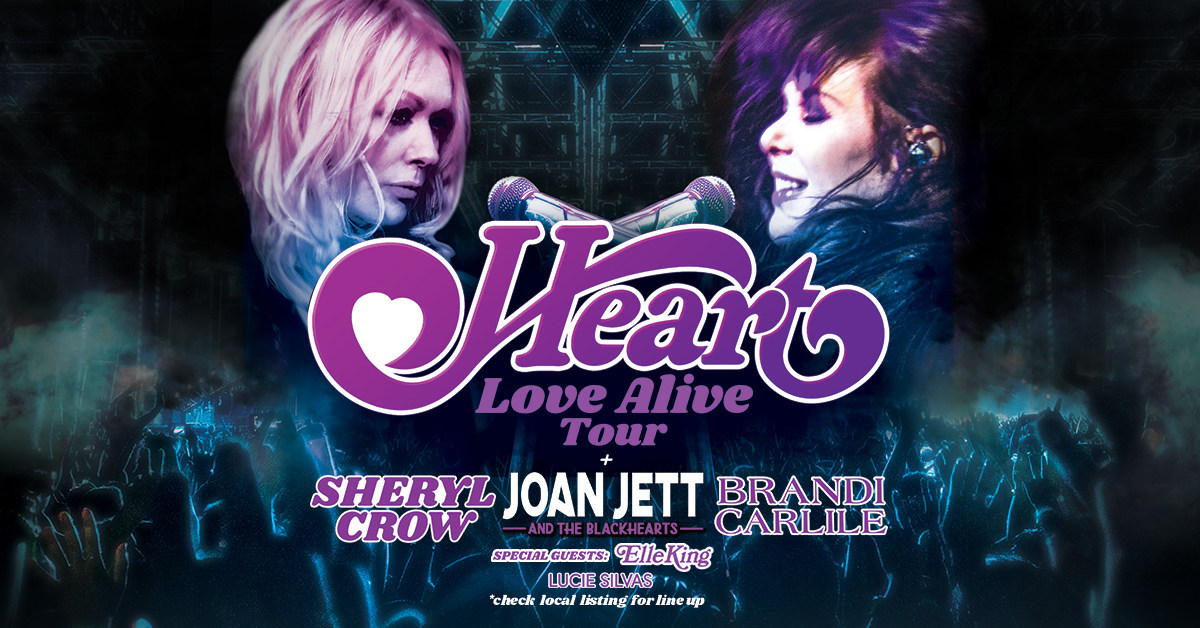 For the first time in 3 years, Heart will be returning to the road in July 2019 for their huge “Love Alive” North American summer tour. Produced by Live Nation, the massive 39-city trek by the rock and roll legends will kick off on July 9 at the Hollywood Casino Amphitheatre in St. Louis, MO, making stops in major cities including Chicago, Detroit, New York, Nashville and more, before wrapping the tour up on September 9 for one last phenomenal performance at the renowned Hollywood Bowl in Los Angeles, CA.

Heart won’t be hitting the road alone this summer as the duo will be joined by Sheryl Crow, Joan Jett & The Blackhearts, and Brandi Carlile for select shows.