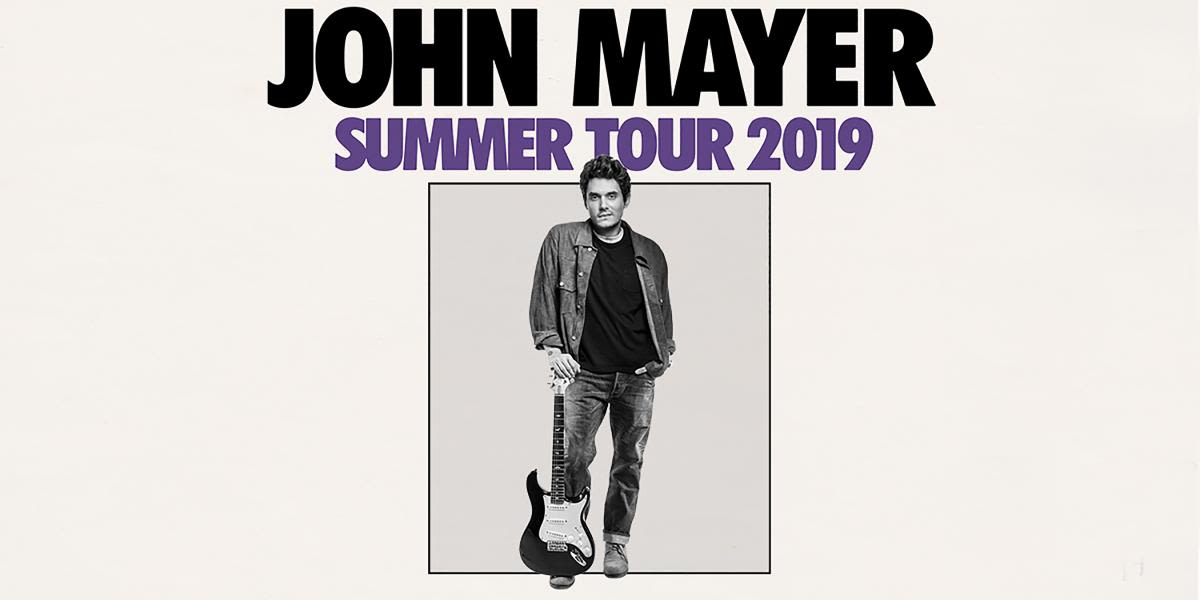 GRAMMY Award-winning artist JOHN MAYER has quite a busy schedule ahead of him this summer. Mayer will be trekking cross-country on a 19-date tour as part of Dead & Company and has added 27 North American concerts to his 2019 World Tour.

For the fourth consecutive year Mayer is once again touring North America with Dead & Company alongside the Grateful Dead gang Bill Kreutzmann, Bob Weir, and Mickey Hart as well as Oteil Burbridge and Jeff Chimenti. The tour will be kicking off on May 31st in Mountain View, California and stretch out through to early July wrapping up in Boulder,CO.

Shortly after finishing his tour with Dead & Company, Mayer will then embark on his North American solo summer tour kicking off in Albany, New York, on July 19.. The tour will run through August and September hitting major cities including Atlanta, Detroit, Chicago, Dallas and many more. Mayer will then wrap up the summer tour with his two last shows in Inglewood, California on September 13th +14th.