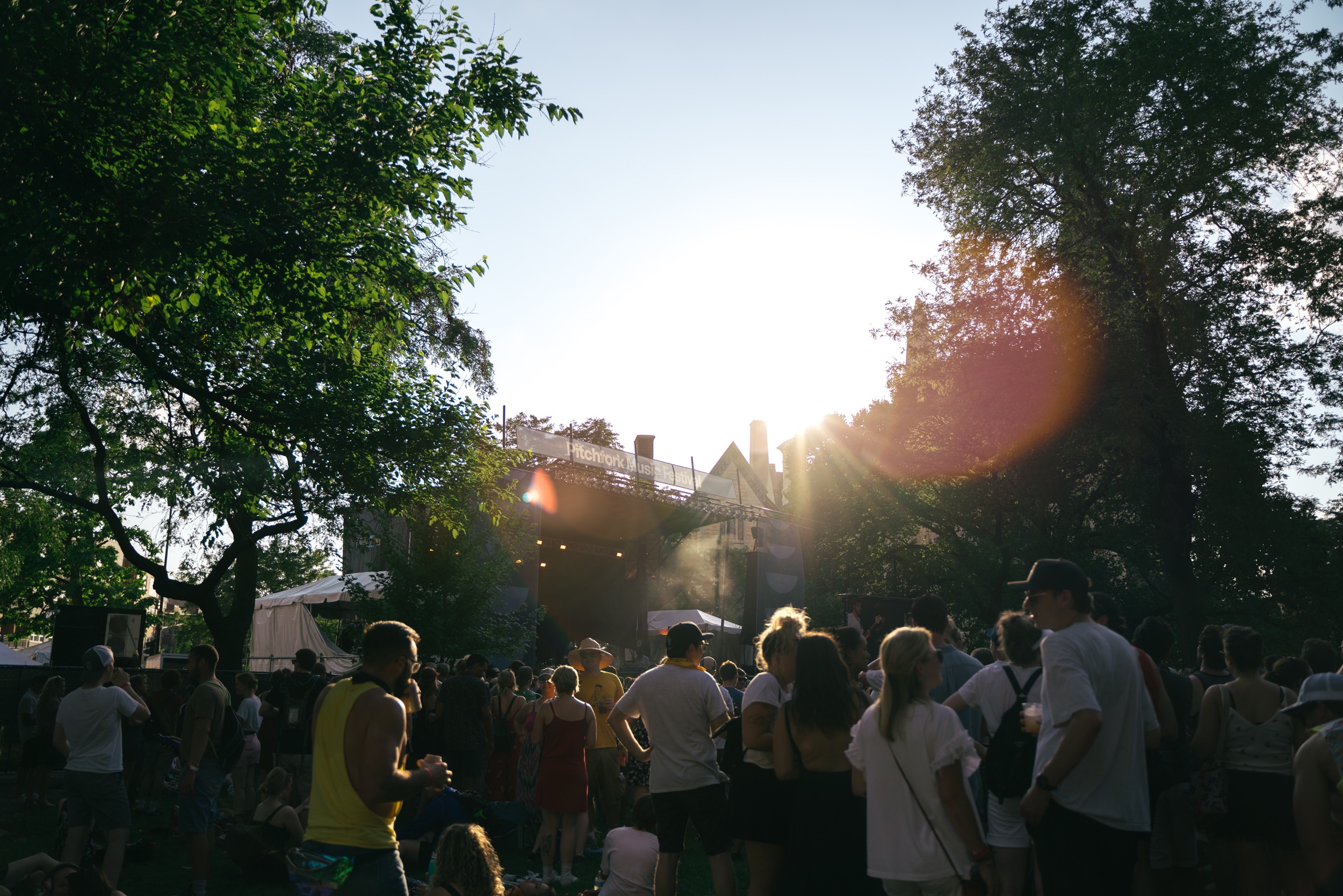 One thing we learned from this year’s Pitchfork Music Festival was the true meaning of “the show must go on” with fans enduring the weekend’s heatwave in true festival fashion. With Saturday and Sunday seeing a few bumps, including a 90 minute evacuation, delays and a few cancellations due to weather conditions, Pitchfork prevailed through it all with show-stopping performances from music vets to rising talents throughout the weekend.

Celebrating its 14th year, the internationally renowned Pitchfork MusicFestival presented over 40 acts on several stages in Union Park throughout the three days, delivering a stellar lineup with a great amount of variety for everyone. While fans of the festival gather together every year to see international emerging artists, Pitchfork has always maintained a solid line-up of diverse local acts and this year was no different for the festival with Chicago-based Lala Lala, Tasha, Bitchin Bajas, and Ric Wilson to name a few taking to the stage. While the festival has a strong ethos on encouraging new rising talent, they still managed to celebrate some of the industries greatest legends adding music veterans including the Isley Brothers, Belle & Sebastian, and Stereolab to the lineup.

Chicago is no stranger to drastic weather conditions and changes, and this year was no exception. Every year we see Pitchfork survive all kinds of punches and bruises and champion through it along with their true fans and festival-lovers braving the all types of extreme conditions. On Friday, Pitchfork included extra services for the Chicago’s massive heatwave with several methods to keep cool including cooling buses, a misting tent, free bottled water, and water bottle filling stations. During Saturday afternoon, Pitchfork Music Festival announced an evacuation due to severe weather lasting around 90 minutes causing Kurt Vile and Amber Mark’s sets to be canceled, while Sunday saw another hiccup with weather conditions taking a nasty turn with rain and lightning causing a 90-minute opening delay sacrificing Dreezy’s set in the process. 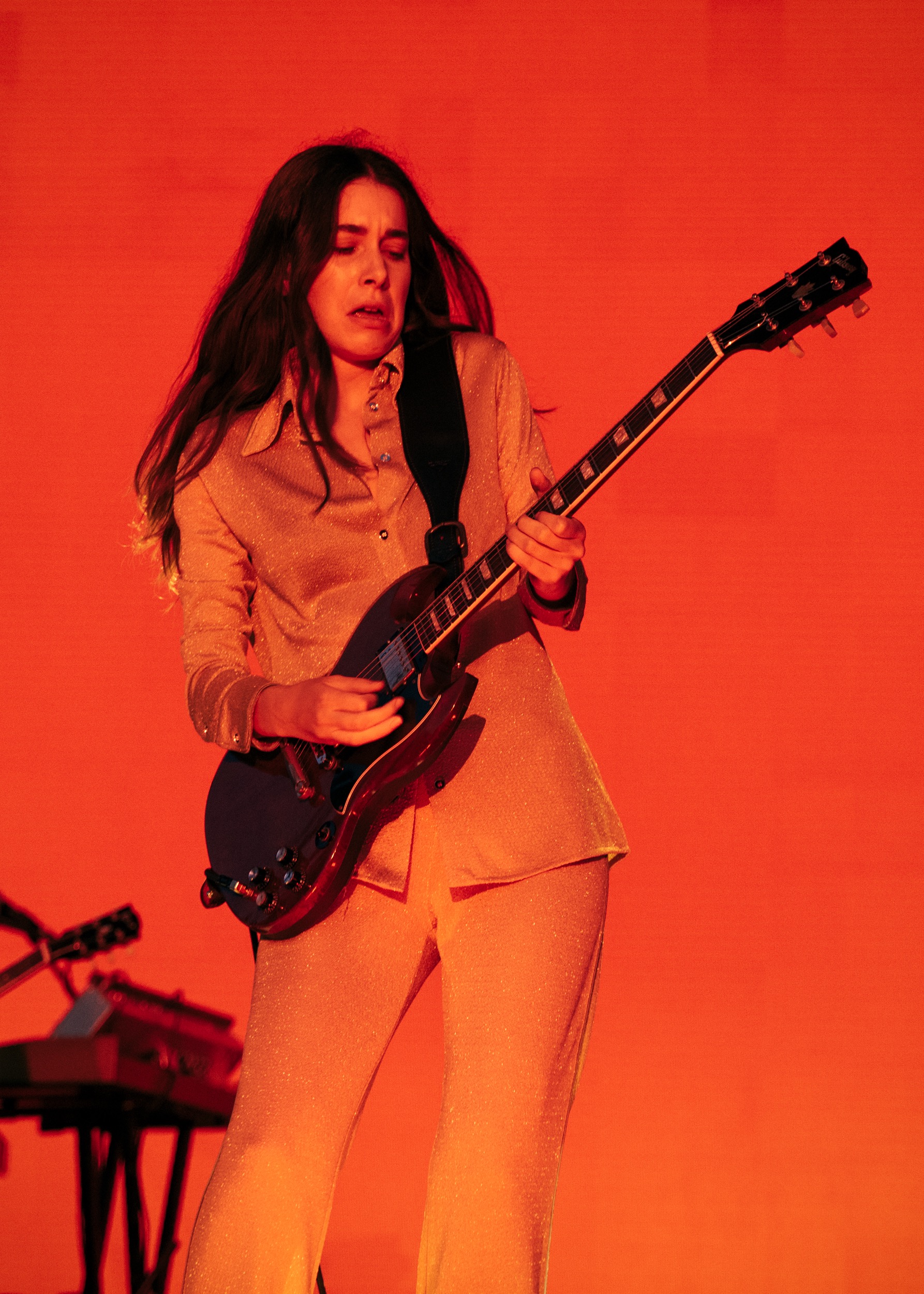 HAIM – The Californian sisters brought a dynamic, lively set to the stage throwing several unexpected surprises into the mix. During the middle of the set the sisters launched into an acoustic rendition of “Go Slow” accompanied by a cozy spotlight, followed by even more surprises including heartwarming covers of Paula Cole’s roots-pop infused hit ‘Where Have All The Cowboys Gone?’ followed by another of Cole’s hits ‘I Don’t Want To Wait’. With old classics and some of their new hits added to an already dynamic setlist, HAIM truly earned the title of our favorite headliner of the weekend.

The Isley Brothers – Celebrating their 60 year anniversary, the Isley Brothers headlined day 2 of the festival with a kicked off with their 17 song set. The setlist included some of their greatest hits including ‘That Lady’, ‘Between the Sheets’, ‘Fight the Power’ and ‘Footsteps in the Dark’ along with a few hits from the bands friends providing a musical journey for fans throughout the trios career. 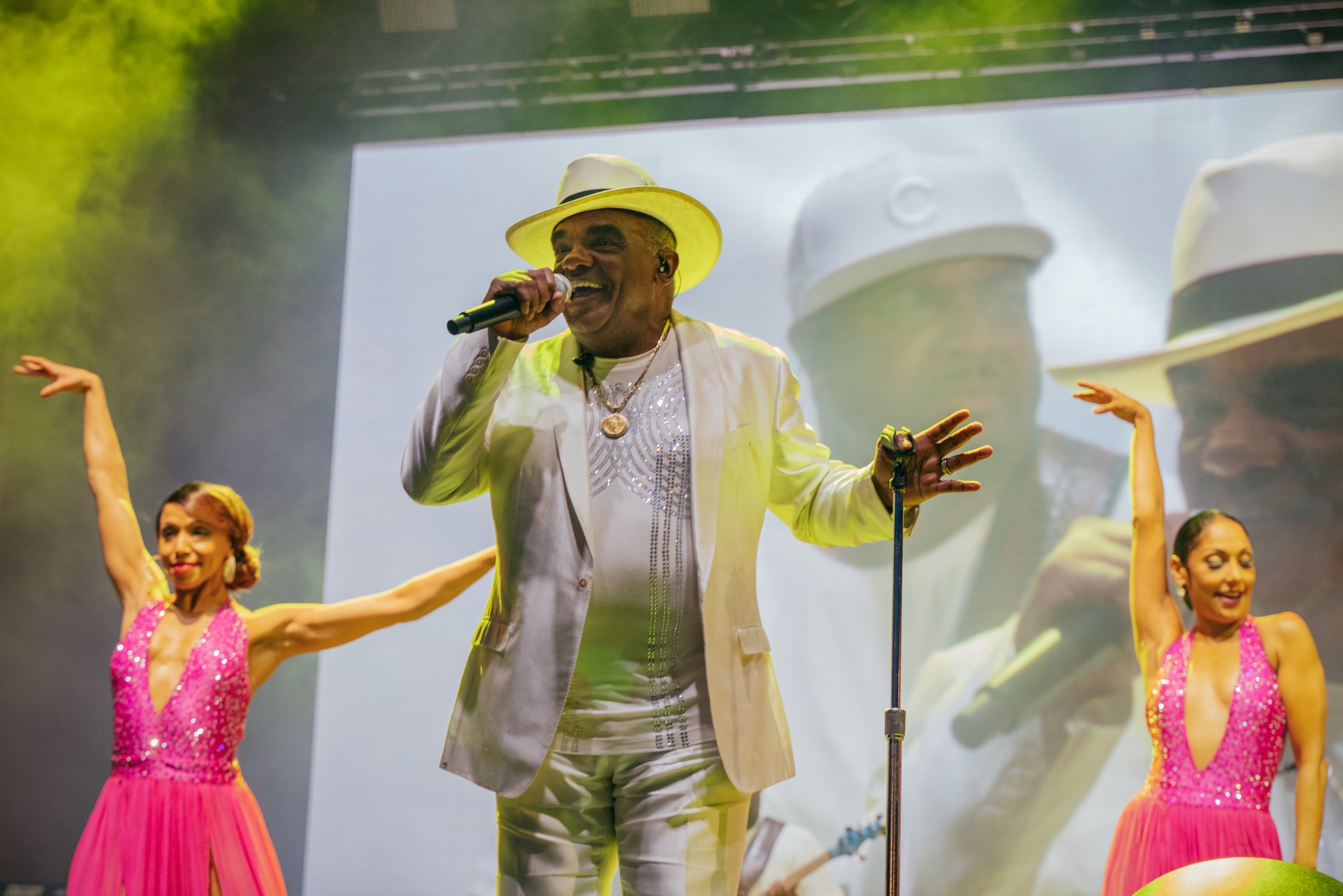 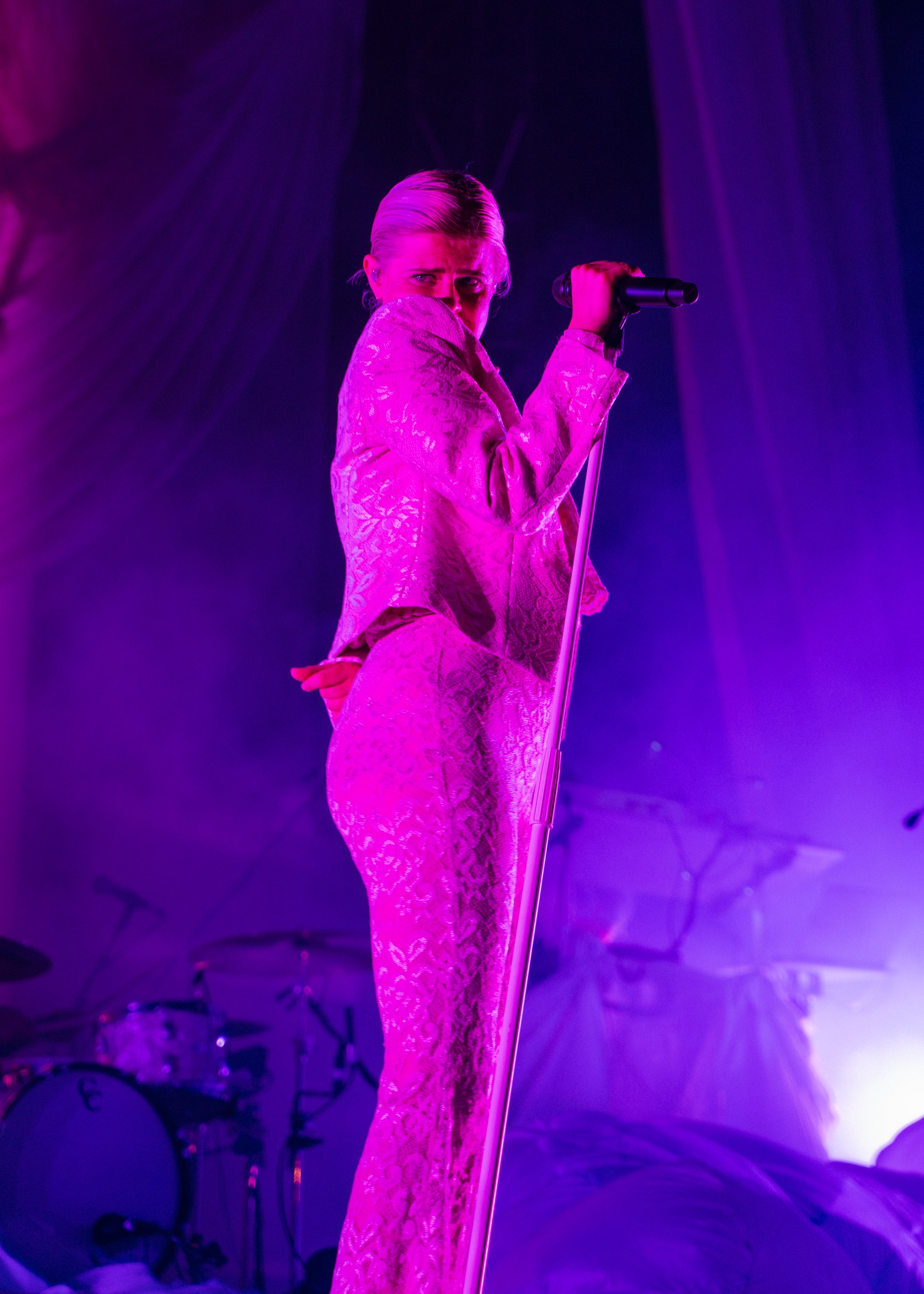 Robyn – Headlining the final day of the festival, Robyn delivered a stellar performance that had fans singing and dancing throughout the whole set, earning her the title as our favorite pop set of the festival. While the setlist mainly included her new material – particularly off her comeback album Honey – Robyn stole the show with not only her pop synths echoing throughout the park, but also the exceptionally decorated stage draped with flowy white curtains.

Best Sets to Chill to

Low – Over at Pitchfork’s Blue Stage, Low featured a hypnotic set infused with a mixture of slow tempos, deep rich bass and droney instrumentals to welcome the first day of the festival. 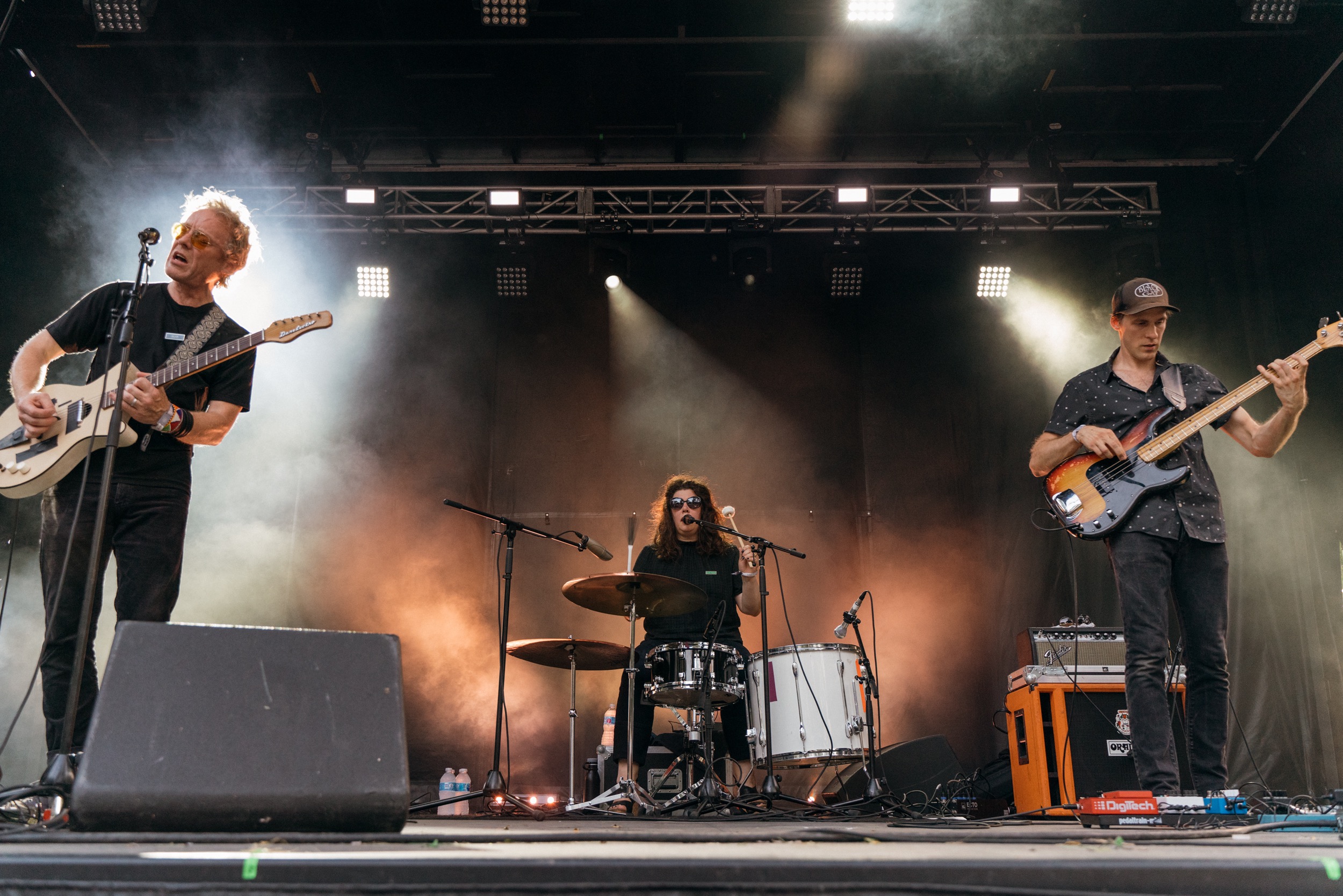 Khruangbin – The trio delivered a setlist with smooth dubby soul beats and funky guitar licks all packed into one performance. The Houston-based band even jumped into a spontaneous jam session for the crowd during ‘The Infamous Bill’ combining influences from dub, classic soul, and psychedelia all mashed together. 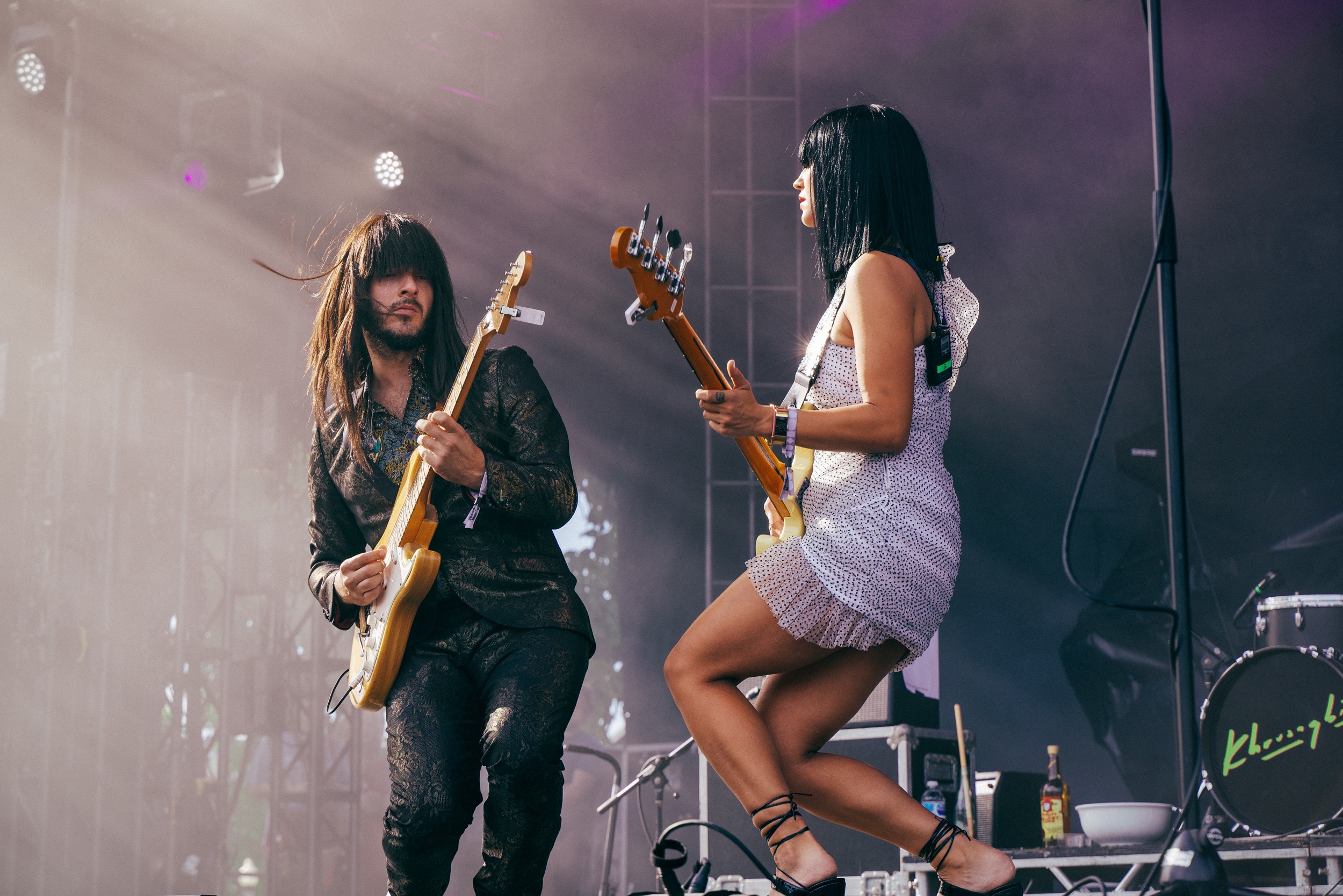 Mavis Staples – The 80-year old Chicago born blues and soul icon took to the stage during the scorching temperatures of Friday’s heatwave, proving that she’s still got it. Embracing her roots, Staples opened with Staple Singers 70’s hit ‘If You’re Ready (Come Go With Me)’ giving the crowd a warm sense of nostalgia. The songstress delivered a powerful setlist featuring collection of covers and originals oozing positivity and inspiring protest and change throughout the performance. 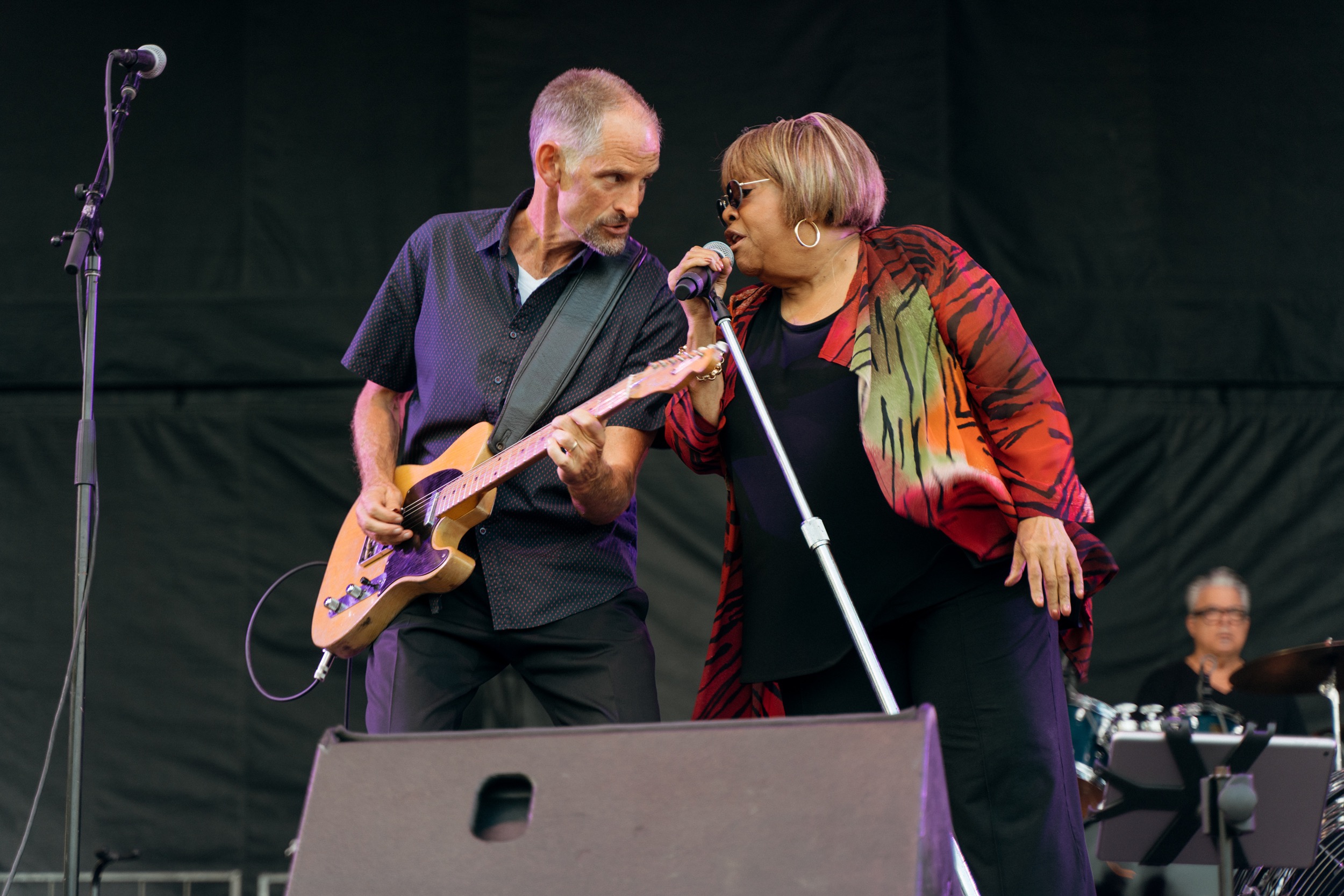 The Isley Brothers –  Legendary funk and soul band, The Isley Brothers, brought a spectacular performance on day 2 celebrating their 60 year anniversary, featuring hits throughout decades of their career including ‘It’s Your Thing’ and ‘Fight the Power’, taking the crowd on a musical journey through the history of the band. 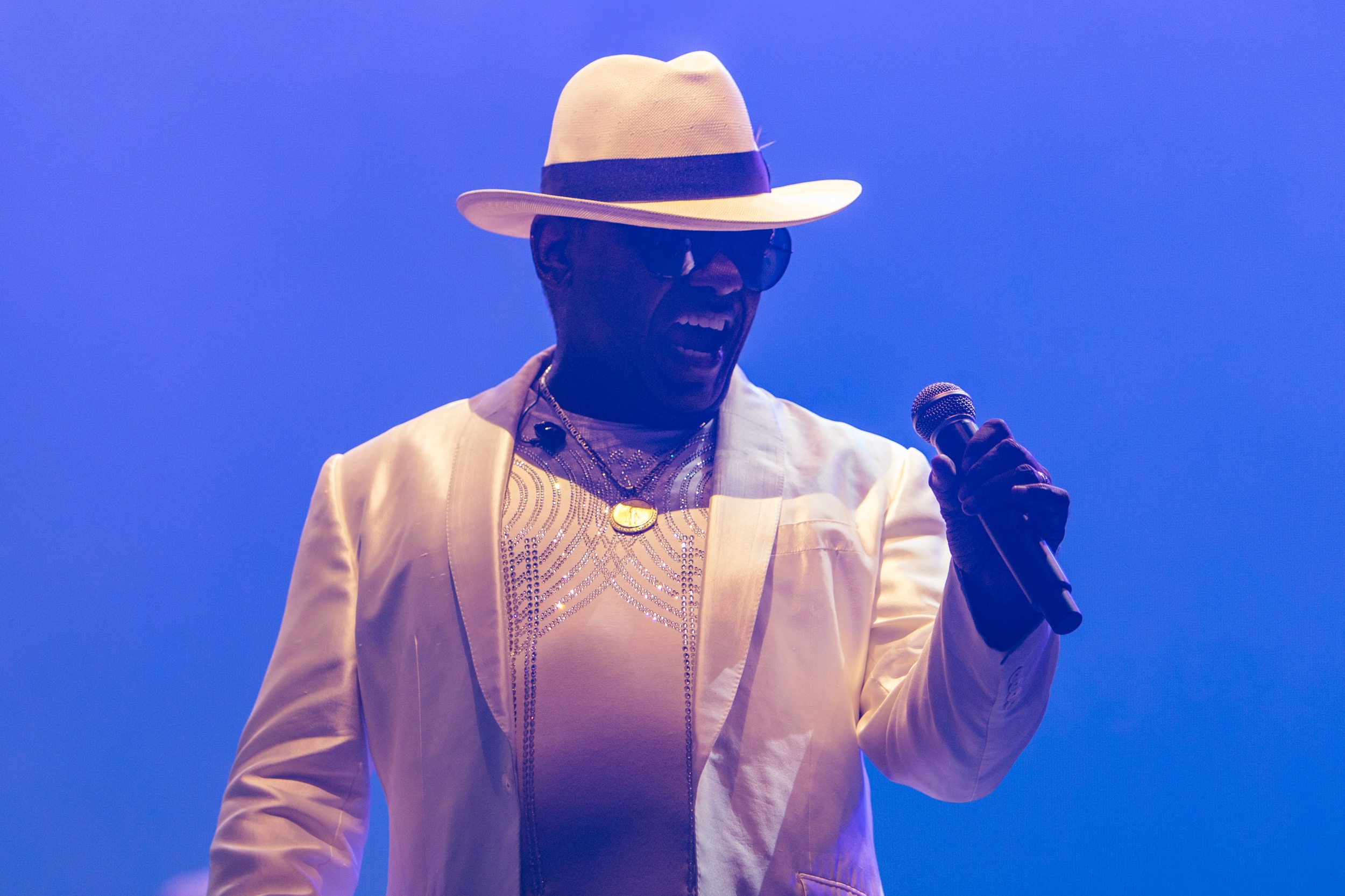 Pusha T – Terrence LeVarr Thornton aka Pusha T brought a packed set to Union Park featuring original hits like ‘If You Know You Know’ as well as adding covers to the mix including Kanye West’s ‘So Appalled’ and ‘Runaway’. 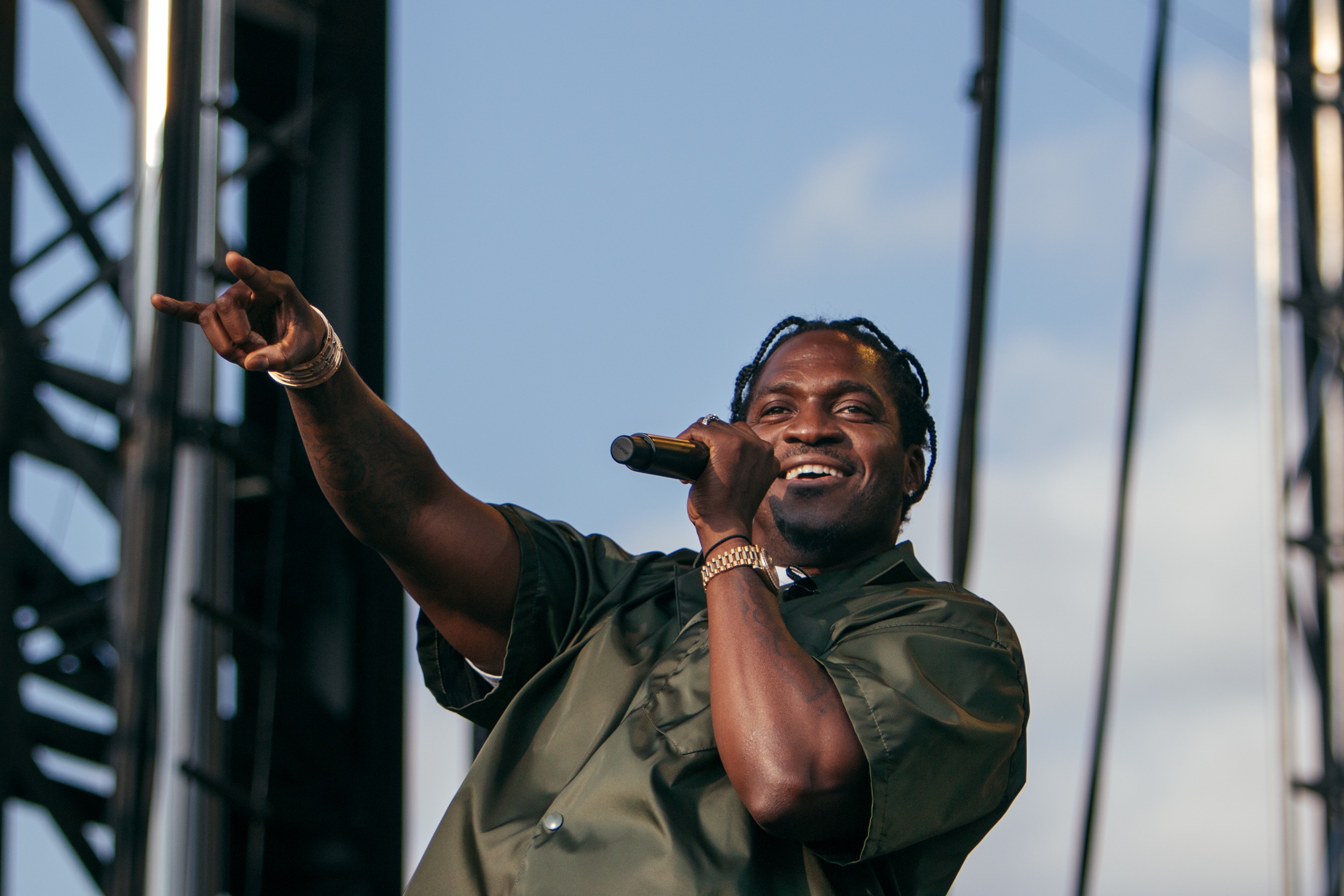 JPEGMAFIA – Similarly, JPEFMAFIA brought an equally diverse and energetic setlist to the festivals final day featuring hits including ‘Thug Tears’ and ‘1539 N. Calvert’ as well as collaborative tracks with Flume’s ‘How To Build a Relationship’ and Denzel Curry’s ‘VENGEANCE | VENGEANCE’. 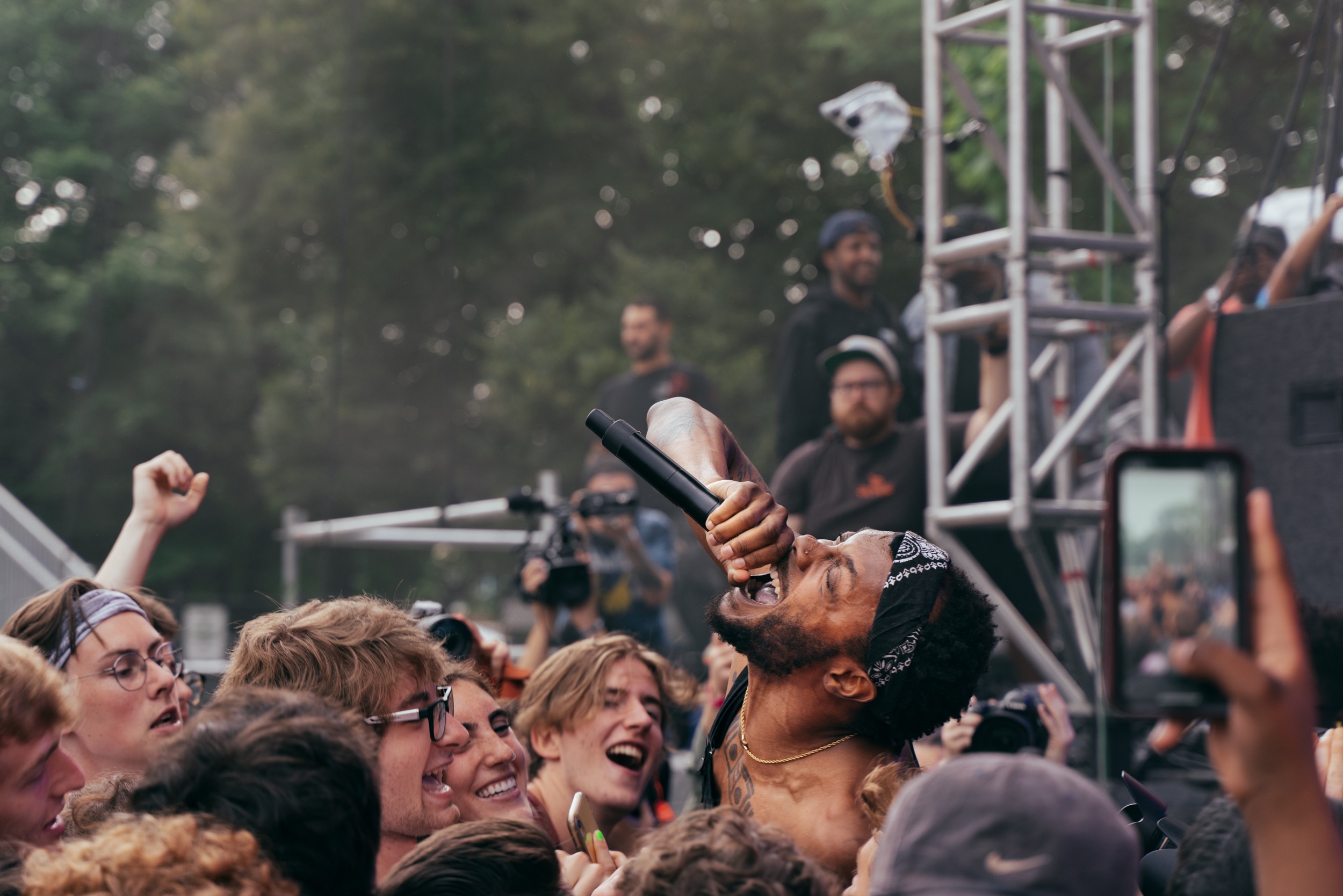 Charli XCX – Charli XCX brought an upsurge of energy pumping up the crowd for the final night. Delivering mostly her new material particularly hits off Pop 2 and from her upcoming album Charli. Charli proved that her vibrant energy on stage was enough to keep the crowd pumped with energy as she performed majority of the set solo. 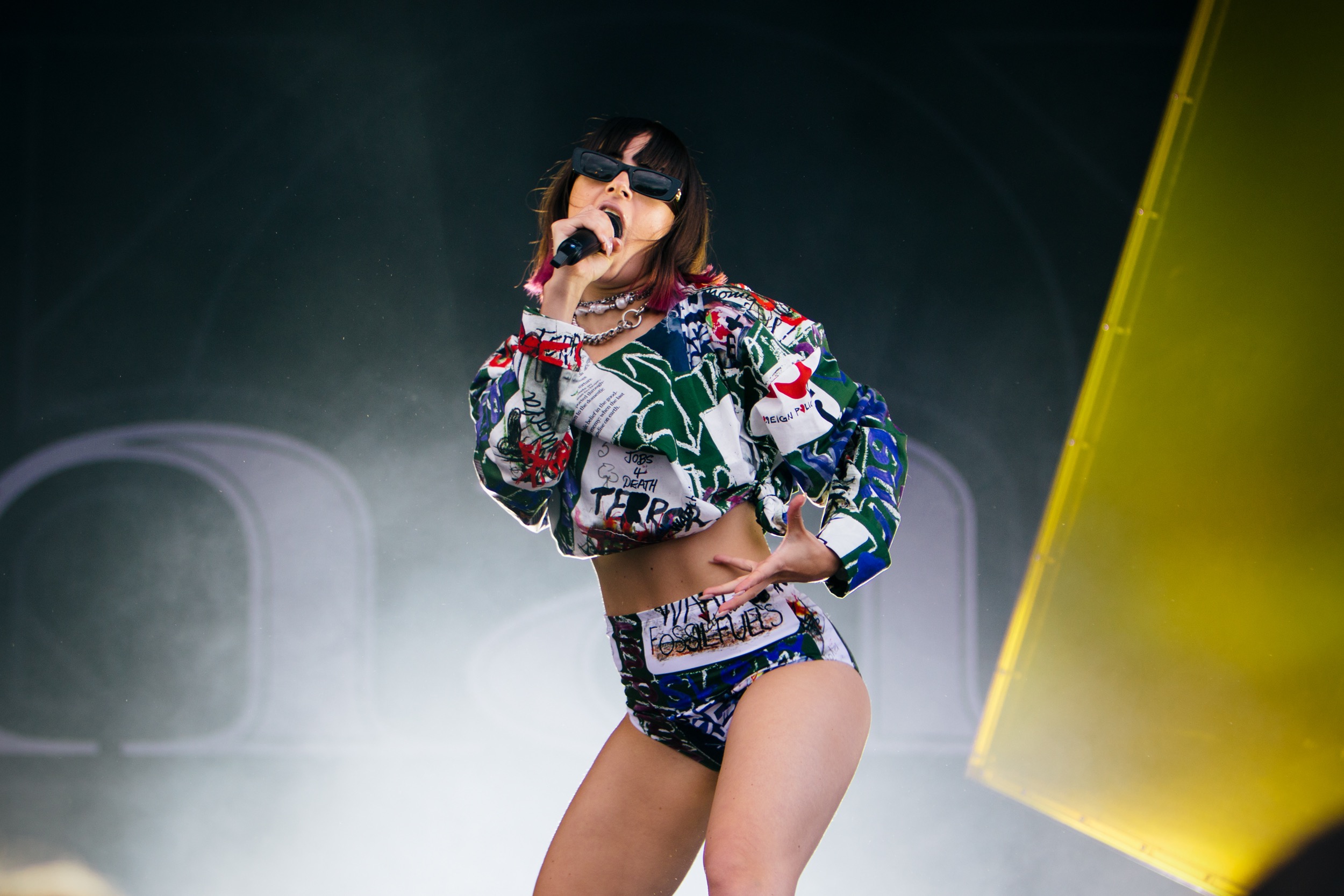 Robyn – The Swedish starlet truly stole the show on Sunday night with a spectacular performance featuring dramatic white curtains draped all across the stage and an equally mesmerizing performance with her pitch-perfect vocals and synth-pop melodies morphing effortlessly together.

From their old classics and new hits as well as their renditions of Paula Cole’s ‘Where Have All The Cowboys Gone?’ and ‘I Don’t Want To Wait’ to the cozy acoustic performance, HAIM brought surprise after surprise to the crowd with the dynamic and diverse setlist.

Amen Dunes – Sunday saw an upsurge of indie vibing beats throughout Union Park. The alternative indie band played a selection of their experimental, indie rock tracks off the 2018 album Freedom including ‘Miki Dora’, ‘Blue Rose’, and ‘Believe’, along with some older tracks and a cover of Tim Buckley’s ‘Song to the Siren’. 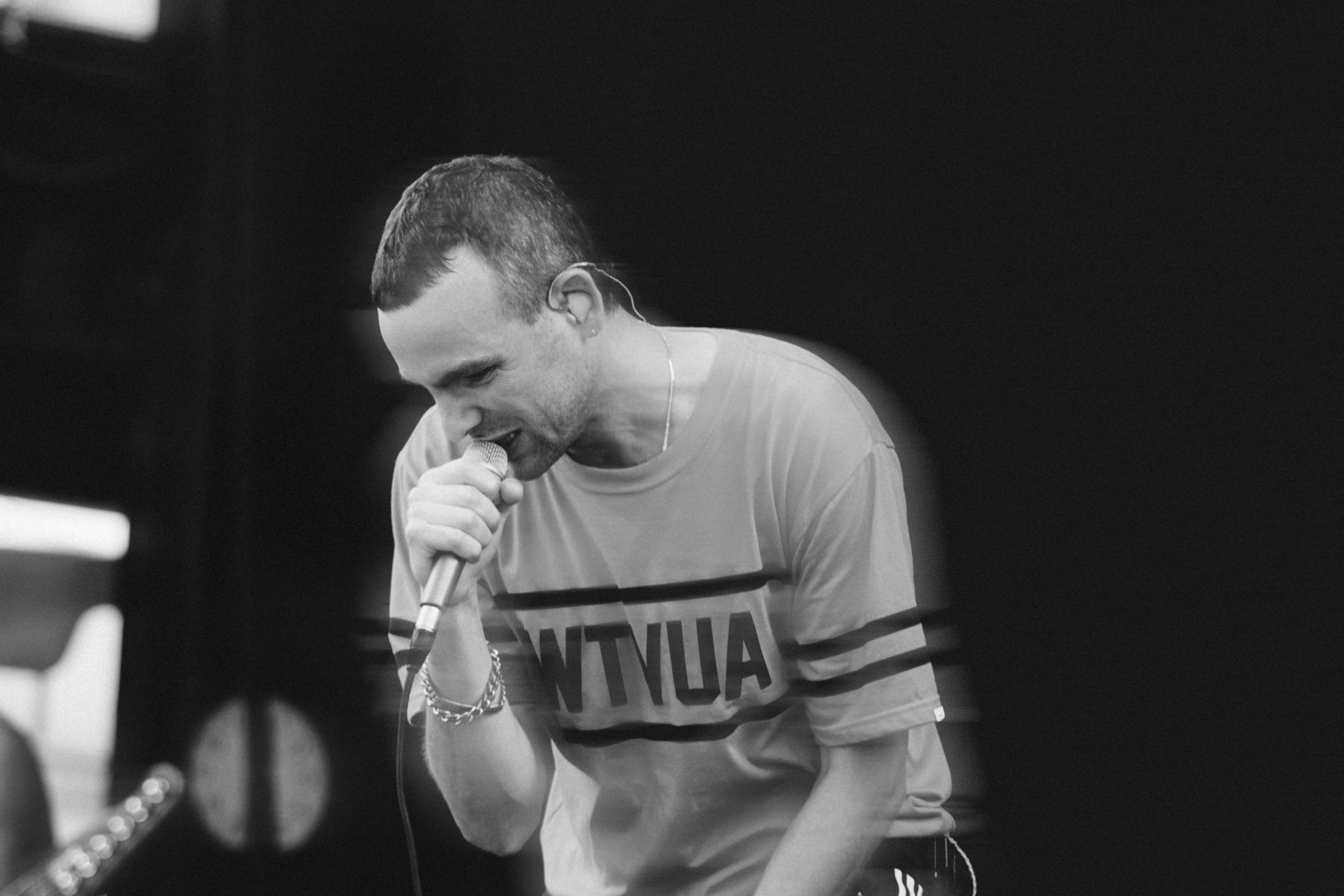