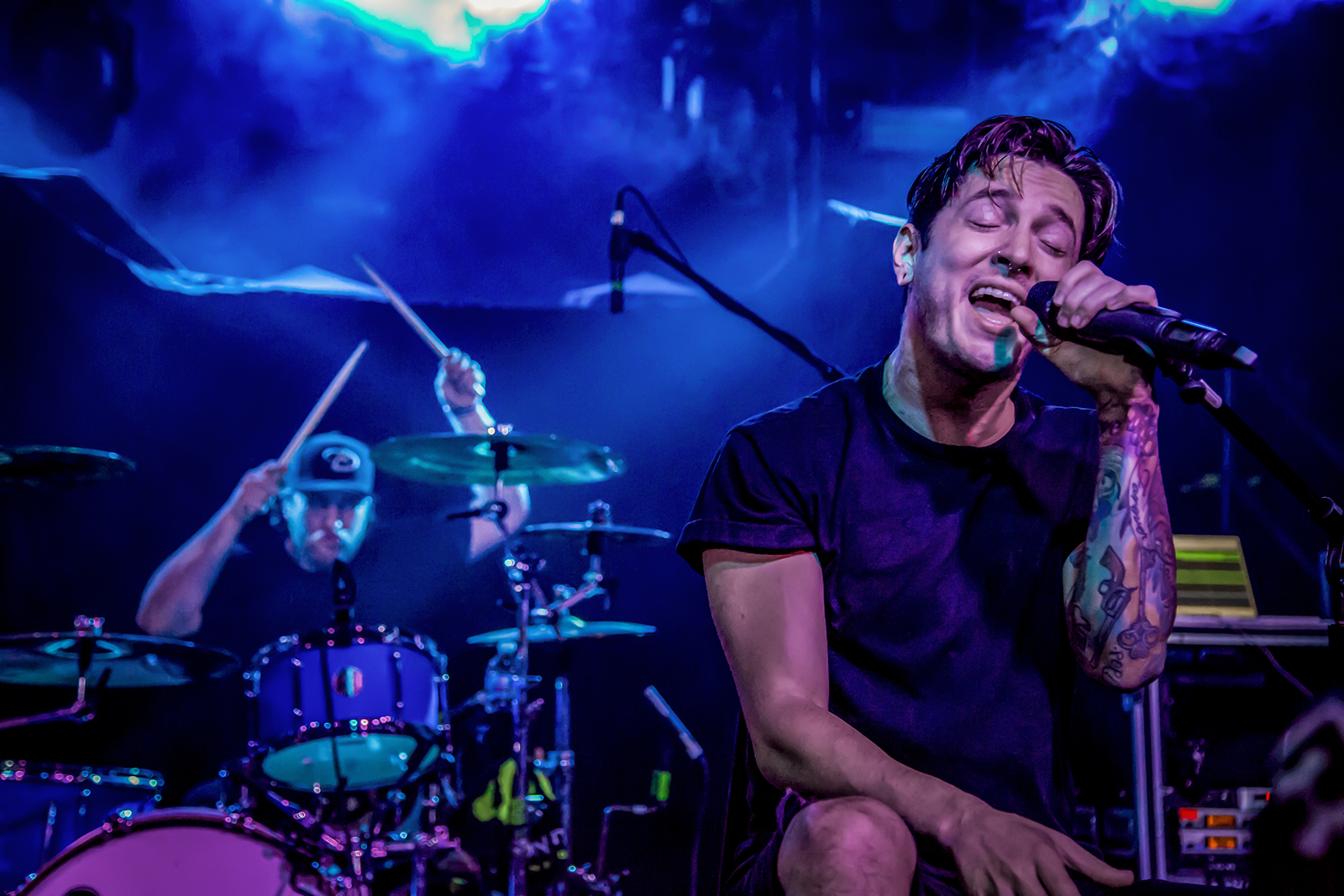 Rage On The Stage Tour Review

The Rage On The Stage tour made its way into Fort Wayne, IN on Friday evening, making a stop at Piere’s Entertainment Center. Headlined by American rock band I Prevail, the tour also consisted of several other heavy hitters such as Escape The Fate, The Word Alive and We Came As Romans. Shortly before the first act of the evening took the stage, word spread throughout the venue that the show had sold out. It was clear that this tour had been long awaited by fans eager to see their favorite bands put on a once in a life time performance.

The first act of the evening to take the stage was Las Vegas, Nevada based group Escape The Fate. The 5-piece rock band set the tone for the evening by bursting onto the stage and instantly getting the crowd hyped. Lead vocalist Craig Mabbitt, whom is also the lead vocalist for heavy rock band The Dead Rabbits, wasted no time using both his clean tone and heavy vocals to excite the fans. While Mabbitt worked the crowd with his powerful vocals, guitarists TJ Bell and Kevin Gruft backed him with both their technical and aggressive guitar riffs.

Following up Escape the Fate as the second band to take the stage of the evening was Phoenix Arizona based metalcore group The Word Alive. As the rest of the band took the stage, fans were surprised to see lead vocalist Telle Smith “hop” out to a chair near the front of the stage where he would remain for the entirety of the groups set. During the Los Angeles, California stop of the tour, Smith suffered a compound fracture in his right leg which required him to be in a cast. Although Smith was limited to sitting during the bands performance, his voice and stage presence carried throughout the venue as if he was not injured at all. The 5-piece’s set was well received by the crowd and sparked the first of many circle pits that were seen during the show.

The third act of the evening to take the stage was Detroit, Michigan based hardcore band We Came As Romans. Recently coming off the release of their new album, Cold Like War, the 5-piece exploded onto the stage with enough energy to power the venue on their own. Fronted by the dual vocals of Dave Stephens and Kyle Pavone, the band almost instantly had everyone in the crowd jumping as soon as they began playing their first song. At one point during their set, clean vocalist Kyle Pavone left the stage and began crowd surfing while still managing to perform flawlessly. The band played a variety of their most popular songs including a crowd favorite, To Plant A Seed.

Last but not least to take the stage was 2016 Alternative Press’s Break Through Band of The Year nominee, I Prevail. Being the headlining band of the tour, the Detroit, Michigan based 5-piece closed out the evening with both a visually and musically powerful performance. Drummer Gabe Helguera’s drum set was surrounded by a mini wrestling ring which played into the theme of the entire tour. Two songs into their set, the band announced to the crowd that clean tone vocalist Brian Burkheiser, whom was not present, was recently diagnosed with a serious vocal injury and would have to set out the rest of the tour. Fortunately, harsh vocalist Eric Vanlerberghe informed the crowd that Burkheiser was expected to make a full recovery and would be back touring with the band in no time. Although we were not able to see Burkheiser perform, Far Out Midwest would like to wish him both a healthy and speedy recovery.

Overall, the Fort Wayne stop of the Rage On The Stage Tour was a massive success. Once again, Piere’s Entertainment Center has proved that it is more than capable of hosting some of the world’s largest bands right here in Fort Wayne. Far Out Midwest would like to thank Piere’s Entertainment Center for giving us the opportunity to cover the event. Stay tuned for more events and coverage from this venue in the near future!