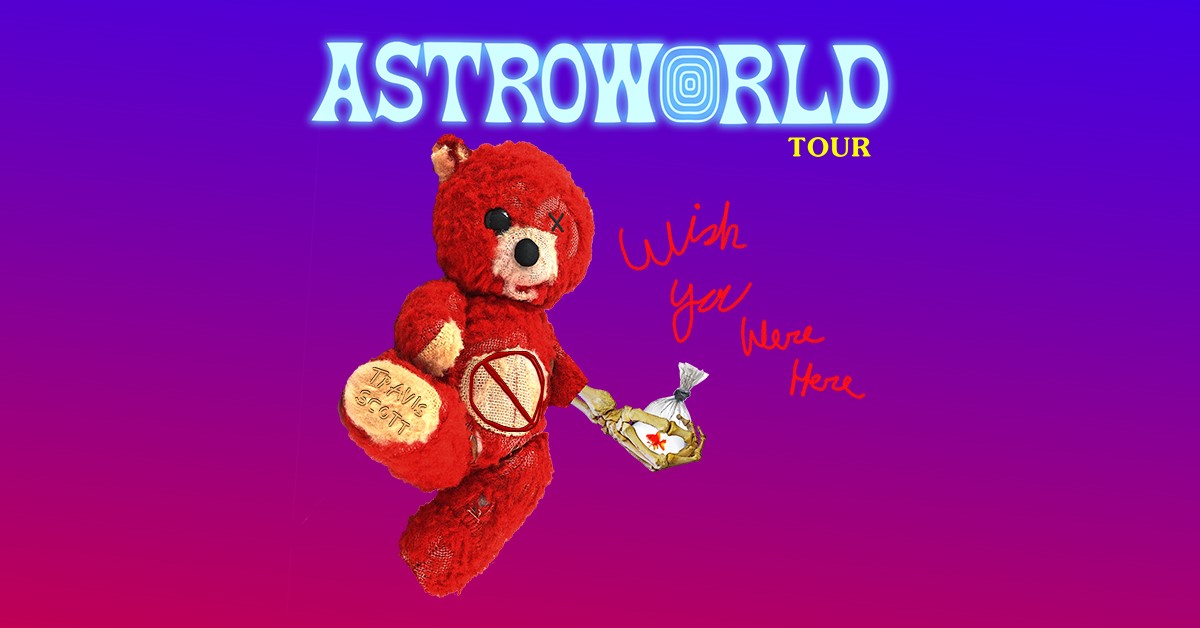 Due to popular demand and a massively successful initial leg, Travis Scott has announced the second leg of his ‘ASTROWORLD: Wish You Were Here’ tour. Since the tour kicked off last month in Vancouver, the rapper has trekked cross-country with stops in San Diego, Las Vegas, and Houston. Produced by Live Nation, the second leg of the tour will close in Charlotte, NC on March 24th.