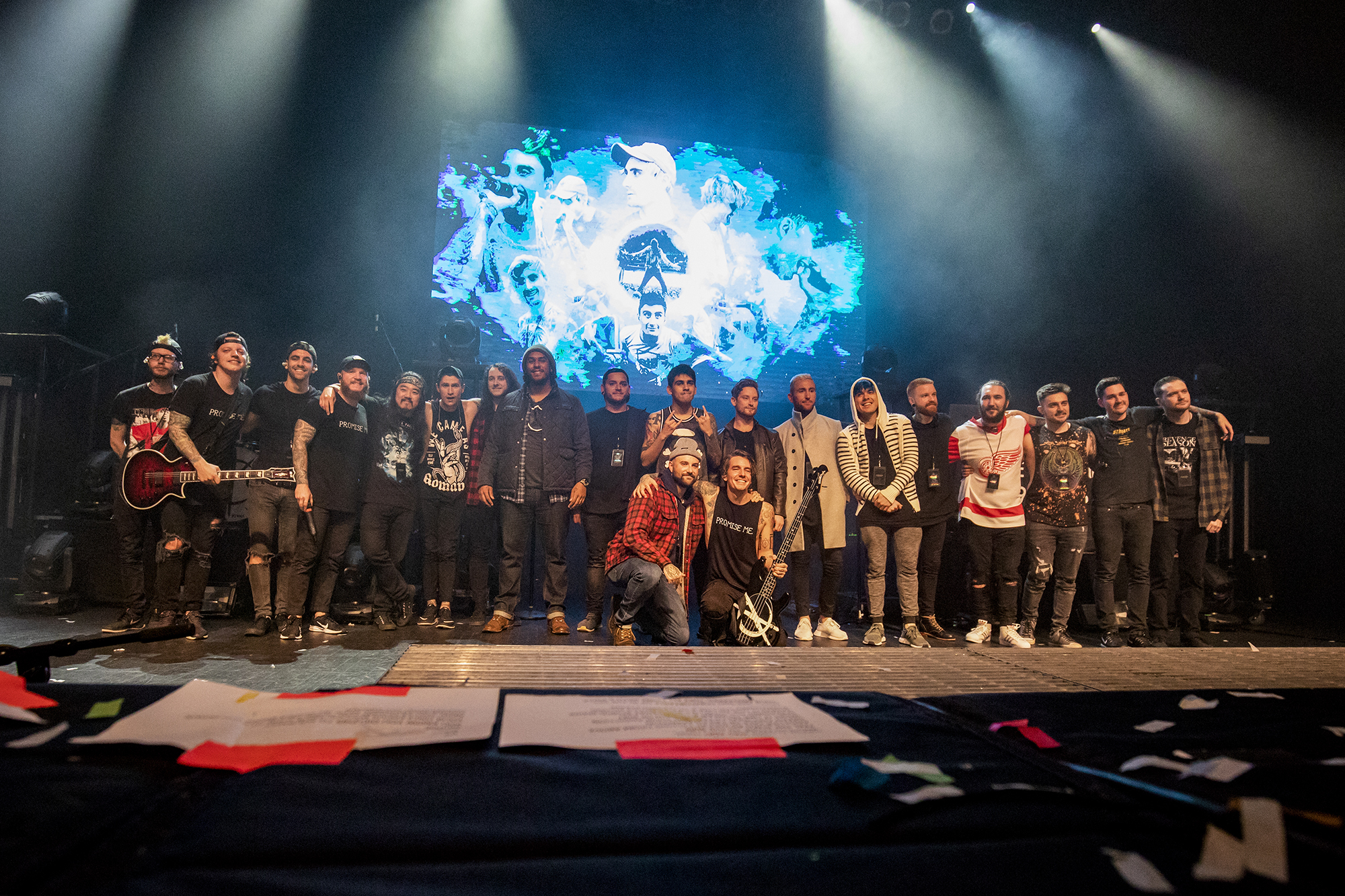 The life and legacy of the late We Came As Romans (WCAR) vocalist Kyle Pavone was celebrated Sunday evening during the Promise Me tribute show at the Filmore in Detroit, MI. Pavone, who passed away unexpectedly on August 25th, 2018, was honored as WCAR put on a once in a lifetime performance in front of hundreds of their closest friends, family and fans. The band was also joined by multiple guest artists close to the band including Matty Mullins (Memphis May Fire), Jake Luhrs (August Burns Red), Andy Leo (Crown The Empire).

The evening kicked off with a very special speech from Pavone’s father expressing his sincere appreciation and gratitude towards all of Kyle’s friends and fans. Shortly after the speech, a 10-minute tribute video was played above the stage showcasing various photos of Pavone throughout his life. As the video was being shown, multiple fans were seen embracing and comforting one another.

Throughout the evening, WCAR played an explosive 17-song set that would leave fans literally speechless. Guest artists Eric Vanlerberghe and Dylan Bowman (I Prevail) started things off by performing the song Wasted Age with the band. Shortly after, fans were treated to guest performances from Matty Mullins (Memphis May Fire), Matty Montgomery (For Today), Andy Leo (Crown The Empire), Cody Carson (Set It Off), Jake Luhrs (August Burns Red) and Daniel Murillo (Hollywood Undead). In between songs, each artist made it a point to share their fondest memories of Pavone, as well as express their deepest condolences and love to the remaining members of WCAR. “Kyle’s favorite thing about music was how it brought people together”, shared WCAR vocalist Dave Stephens. “These songs meant the world to Kyle. This was his favorite place to be.” The band ended the evening on a positive note by performing one of their hit singles, Hope.

Overall, the Promise Me tribute show for Kyle Pavone was one that will be remembered for years to come. The overwhelming amount of love and compassion felt during WCAR’s set was almost surreal. It was clear that Pavone had made an enormous impact on not only everyone present at the show, but on thousands of fans around the world as well. Far Out Midwest would like to thank both We Came As Romans and the Filmore for giving us the opportunity to cover such an incredible and historical event. Kyle forever.