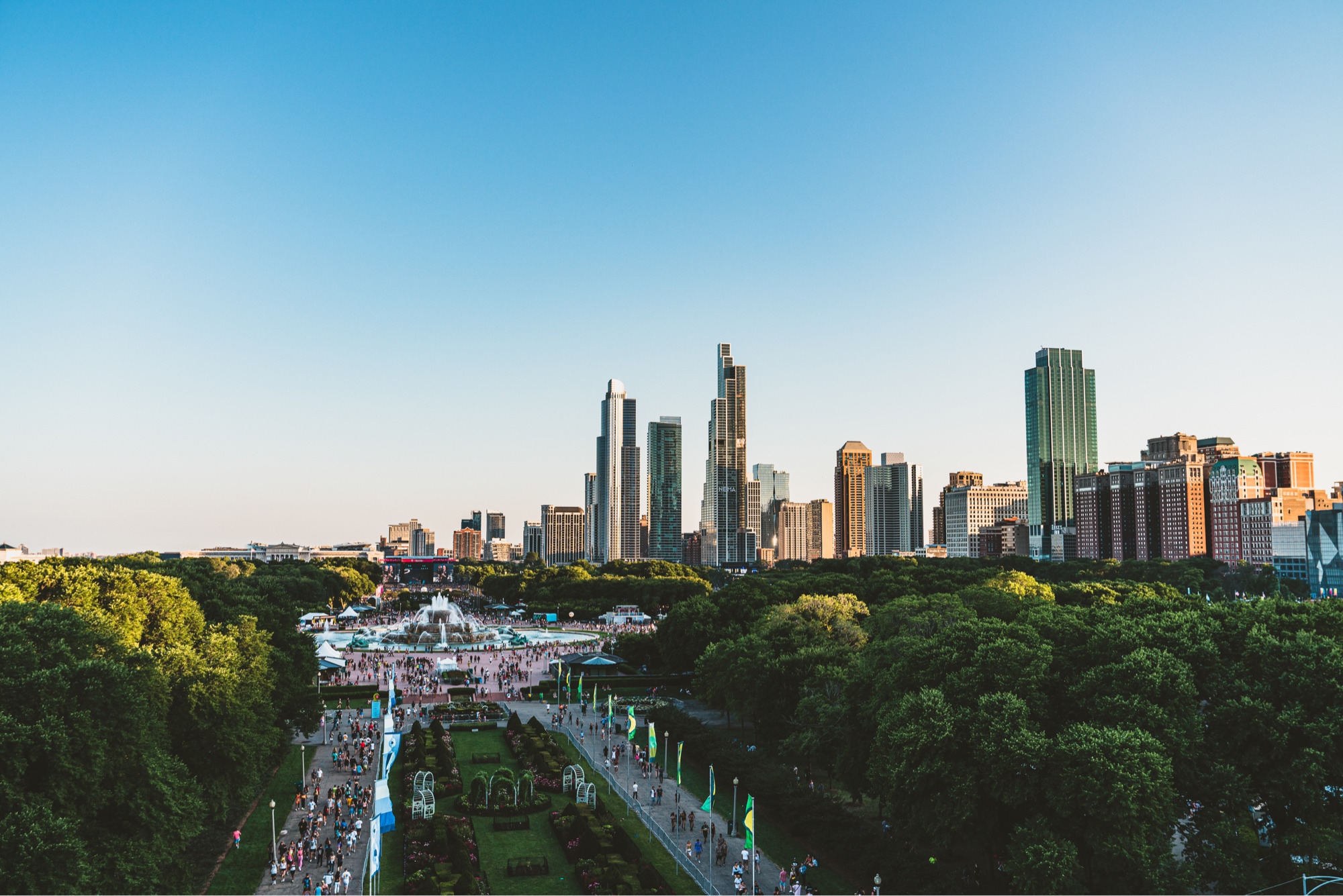 Lollapalooza is the Midwest’s biggest music event of the year. The popular festival boasts artists from all over the world, but Chicago will always be its home. Here are some of our favorite Midwest artists taking the stage in Lollapalooza’s 2021 Lineup.

Illenium – Thursday, 8:45p – Bud Light Stage
This award-winning Chicago DJ has released three studio albums, and was featured in the Forbes 30 Under 30 music list in 2020.

Polo G – Friday, 5p – Bud Light Stage
Polo G is a rapper and a Chicago native. He started off gaining notoriety for his Chicago drill sound, but has since transitioned to more melodic styles.

Trippie Redd – Saturday, 4:30p – Bud Light Stage
This rapper hails from Ohio, and has had a number of songs and albums reach the top of the Billboard charts, including his 2020 studio album Pegasus.

Whitney – Saturday, 5:30p – Tito’s Stage
Whitney is a combination of artists from bands Smith Westerns and Unknown Mortal Orchestra, and has released a debut album and toured internationally since they formed in 2015.

Freddie Gibbs – Saturday, 5:45p – Lake Shore Stage
Gibbs has his roots in Gary Indiana, and has received a Grammy nomination for his album Alfredo in 2020.

Omar Apollo – Friday, 9p – Grubhub Stage
Apollo is a singer-songwriter and entrepreneur who pays homage to his Mexican and Hobart, Indiana roots, singing in English and Spanish.

Peekaboo – Sunday, 6p – Perry’s Stage
Matthew Lucas, or PEEKABOO, started out making EDM in a variety of genres, but over time he has developed his distinctive freeform bass and space bass styles.

Mick Jenkins – Friday, 3p – Bud Light Stage
Although Jenkins was born in Alabama, he spent much of his childhood in Chicago and continues to be based in the area, being a staple of Chicago’s hip hop scene.

Tobi Lou – Friday, 1:45p – Lake Shore Stage
Tobi Lou was born in Nigeria and raised in Chicago. He now does it all as a singer, rapper, and record producer.

Drama – Saturday, 4p – Grubhub Stage
This Chicago-based duo is new on the scene, releasing their debut album Dance Without Me in February of 2020.

Michigander – Saturday, 1:50p – Grubhub Stage
As their name would suggest, this band hails from Kalamazoo, MI and has made headlines with their up and coming indie pop sounds.

Rookie – Friday, 12:30p – Tito’s Stage
This Chicago-based band is known for their pop and classic rock music, as well as their distinctive stage look having all band members wear mechanics coveralls.

Njomza – Friday, 1:50p – Grubhub Stage
This Chicago-based singer and songwriter made a name for herself making covers on Youtube, where she was discovered by Mac Miller.

Kid Quill – Saturday, 4:30p – Grubhub Stage
Mitchell Quilleon Brown began his career by rap battling his friends while he was in high school in Shelbyville, Indiana. He’s now made Billboard charts with both of his studio albums.

Lauren Sanderson – Thursday, 3:20p – BMI Stage
Technically, Lauren Sanderson isn’t a Midwest artist anymore (she lives in LA), but she does come from Fort Wayne, IN, so we think we can claim her unique pop, R&B, and hip hop sounds as ours.

Serena Isioma – Saturday, 5:40p – BMI Stage
Isioma has referred to themself as a “nonbinary rockstar,” and after their breakout single “Sensitive” in 2019, their star only continues to grow.