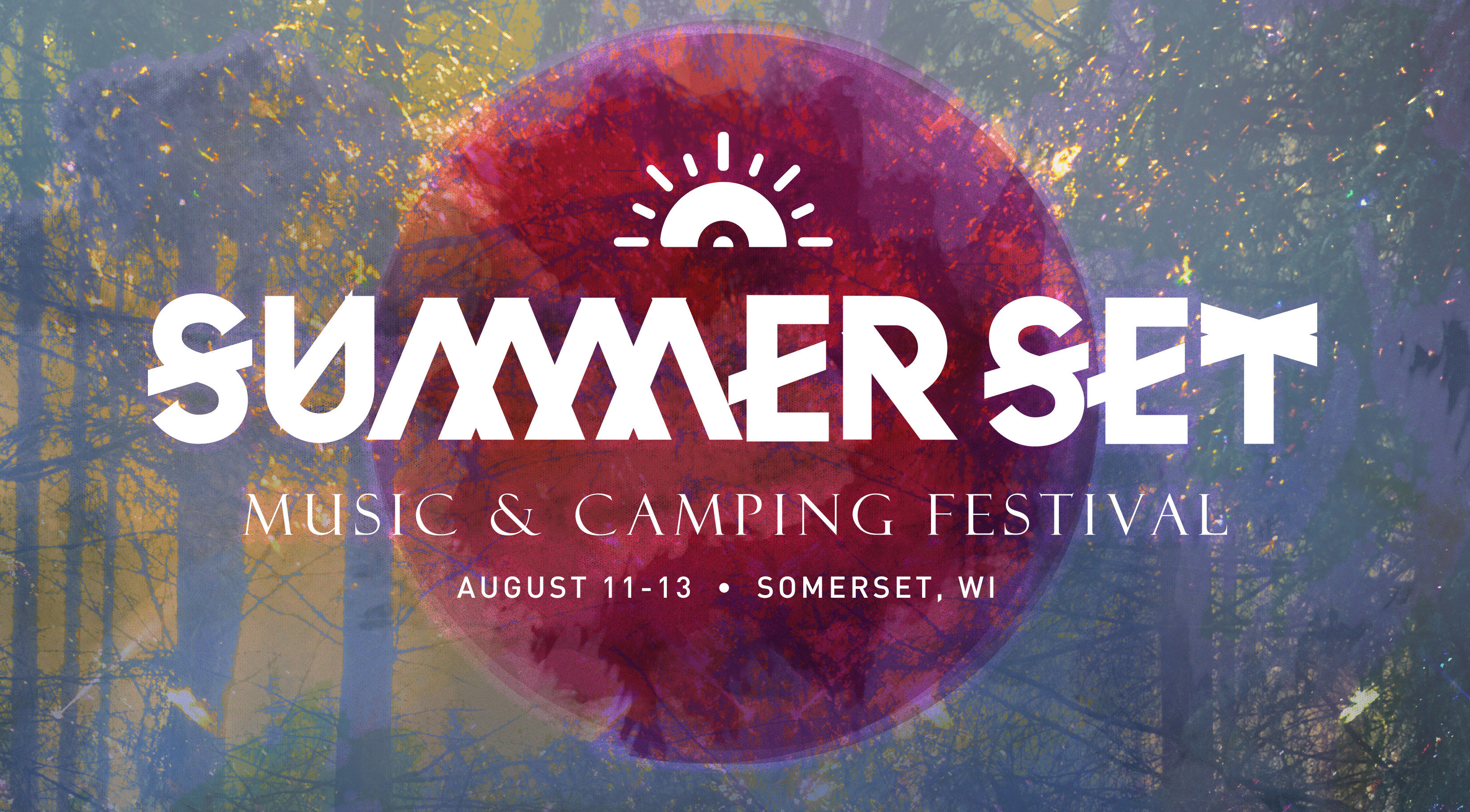 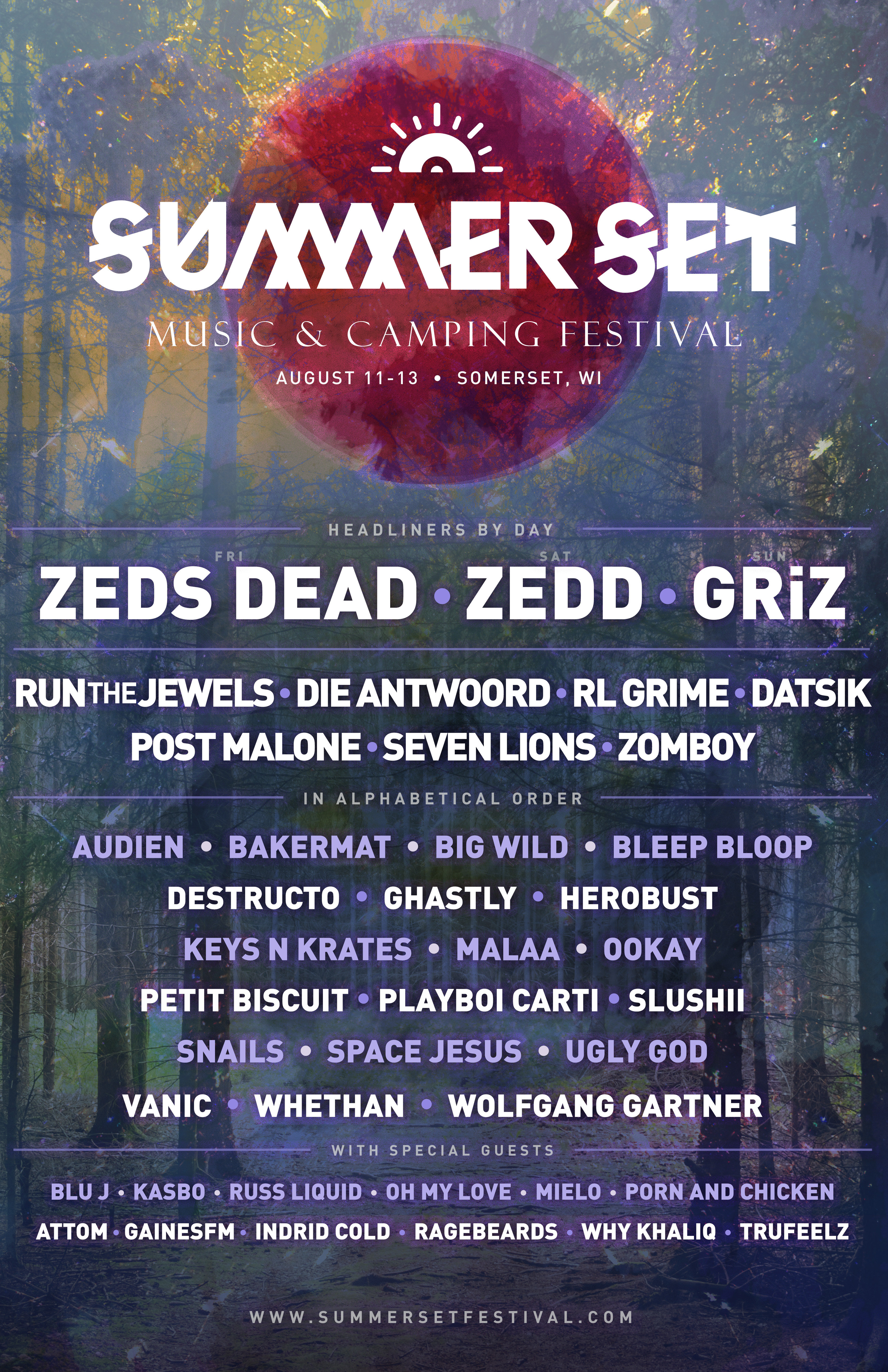 Summer Set Music & Camping Festival (SSMF) is thrilled to announce the 2017 artist lineup for its sixth annual installment! The festival will return to the Somerset Amphitheater on Friday, August 11 through Sunday, August 13, where attendees are invited to experience a truly unforgettable weekend of camping and fun under the sun in the picturesque fields of Somerset, Wisconsin.

This year’s headliners include the infamous bass music duo ZEDS DEAD (Friday), coming hot off the heels of their highly acclaimed 2016 debut LP Northern Lights, the chart-topping pioneer of dance-pop ZEDD (Saturday), heading to Summer Set fresh off his ACLU benefit concert, and the undisputed master of funk GRiZ (Sunday), still reeling from the success of his 2016-released studio album Good Will Prevail.

Known for showcasing an eclectic mix of hip hop, indie, and jam-style artists alongside some of electronic dance music’s most sought after producers and DJs, Summer Set continues to deliver a legendary and diverse lineup year after year. In 2016, Summer Set provided all-in-one ticketing options for the first time ever, and this year, festival-goers will have another chance to lock in their festival tickets and camping accommodations with one swift payment.

Festival Camping and VIP tickets are now on sale! Head over to summersetfestival.com to secure your tickets at the lowest available price.

In the coming weeks, fans can expect official after party announcements and the release of single day tickets. For the most updated information regarding Summer Set 2017, visit summersetfestival.com.