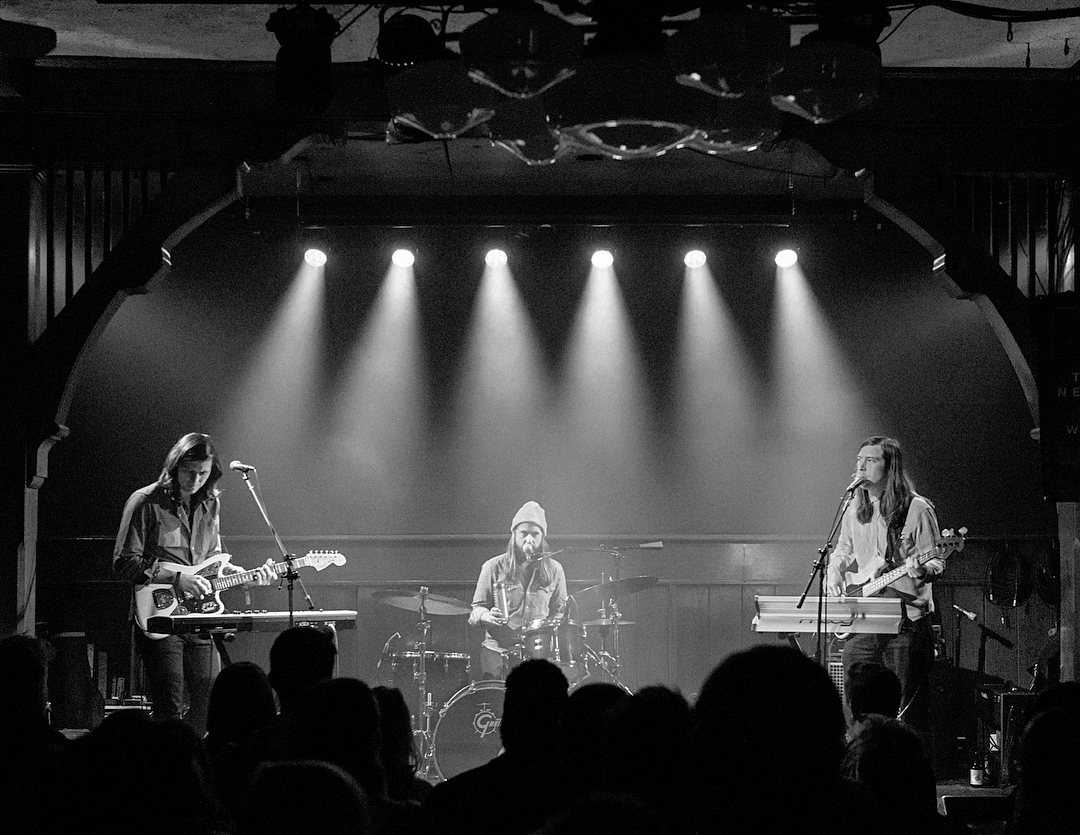 In Tall Buildings plays an Intimate Set At Shuba’s

In Tall Buildings played a close set at Shubas’s tavern this past Saturday and they seemed to exceed all expectations while still throwing in some surprises for the audience. It was the 8th time the band has graced the stage at the renowned Lakeview venue. They’re fresh off their release of Akinetic, which was entirely written and performed by Erik Hall and a few of his friends. Erik performed most of the instrumentation, as he did on the album, and was joined by his band mates on drums, guitar and bass.

The crowd reacted and responding quite well to the upbeat, wavy, noisy electronic indie rock atmosphere that the band was creating. Dancing was omnipresent as it should have been. Performing after opening acts Gia Margaret and Father Costume. In my experience, 2 openers and a headliner is the perfect number of performers to keep the audiences attention and build suspense, so good thinking there.

In Tall Buildings’ new Album Akinetic available for purchase on iTunes and in hard copy through their website. It’s streamable elsewhere.