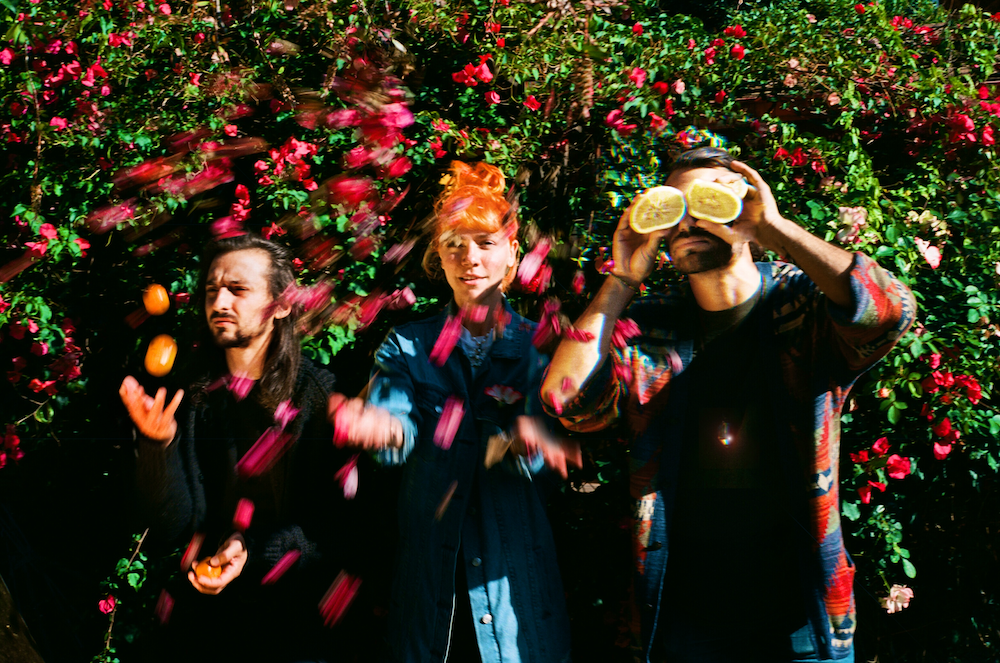 Fresh off the announce of their reunion tour earlier this month, indie group Company of Thieves today release their new song, “Treasure” – the first new music from the band in 6 years.

The news comes 10 years after their independently recorded and self-released debut record, “Ordinary Riches” was released. Premiering on Consequence of Sound, the track “Treasure” is a triumphant return for the three-piece, comprised of Genevieve Schatz, Marc Walloch and Chris Faller.

Brooding guitars and Schatz’s smoky vocals create an atmosphere akin to being caught up in a purple haze. The feelings of apprehension and anxiety are a direct result of the turmoil of our current political climate, as Schatz tells Consequence of Sound.

Schatz says the song is “a call-to-arms that was written immediately following the presidential election about being faced with a climate of fear and division and what can happen when you look inside yourself to find freedom and say yes to love.”

She explained further: “When we went to record vocals, our set-up was in Marc’s garage in LA and we were getting so much interference from radio frequencies but we didn’t let that stop us — it was like our Chicago DIY roots all over again. As we turned on the microphone, a man’s voice came on from a political radio station — he was talking about US citizens’ constitutional right to assemble, and how people were coming together to march and protest like they did back in the 60’s. He kept angrily asking, ‘Why are they doing this?’ We found his question to be a great mirror of the cultural divide and why our song was written in the first place, so instead of letting his voice silence us we decided to hit ‘record’ anyway.”

It was fate that brought two rebellious teenagers together on the train platform at Union Station in Chicago over a decade ago, as Company of Thieves’ founding members, Genevieve Schatz and Marc Walloch sat across from one another and became fast friends over a conversation about The Beatles. With two records, countless headlining tours, a late night television appearance, a charting alternative radio single “Oscar Wilde” and a dream-come-true music biz discovery story under their belt, it seems that fate that has brought the cult band back from hiatus.

The band quickly became a favorite amongst the Chicago indie rock community. After scraping together recording funds, the kids took a risk and independently released their debut album “Ordinary Riches”  in 2007. They soon played SXSW, got discovered and re-released “Ordinary Riches” via Wind-Up Records in 2009, following up with their sophomore LP, “Running From A Gamble,” in 2011.

With industry and personal struggles, the band took a hiatus and decided to pursue other creative outlets in 2013. Genevieve went on to release a solo EP “Show Your Colors” and tours the material accompanied by Chris. Marc released a solo record “Through The Seasons” under the moniker Spill, and also plays bass for AWOLNATION. The time spent apart for the band was an important step in each member’s journey to self-discovery, whether it be musical or personal, but ultimately, fate played it’s hand of cards.

“We had been playing music separately and had been missing each other immensely. We would run into each other at venues and shows in LA and get misty eyed,” says Gen of Marc. “One night Chris and I were driving after a show and a car clipped the back of us. It was this moment where my life flashed before my eyes, and I thought – oh my god, I miss Marc so much.”

Shortly after, the band embarked on a camping trip, where they built a fire together and expressed their longing to bring Company of Thieves back to life.

Whether it was on that train platform in Chicago on the highway in LA, or in their DIY recording studio, fate had it’s hand in bringing this esteemed tribe back together. As they say, you can never break the chain.