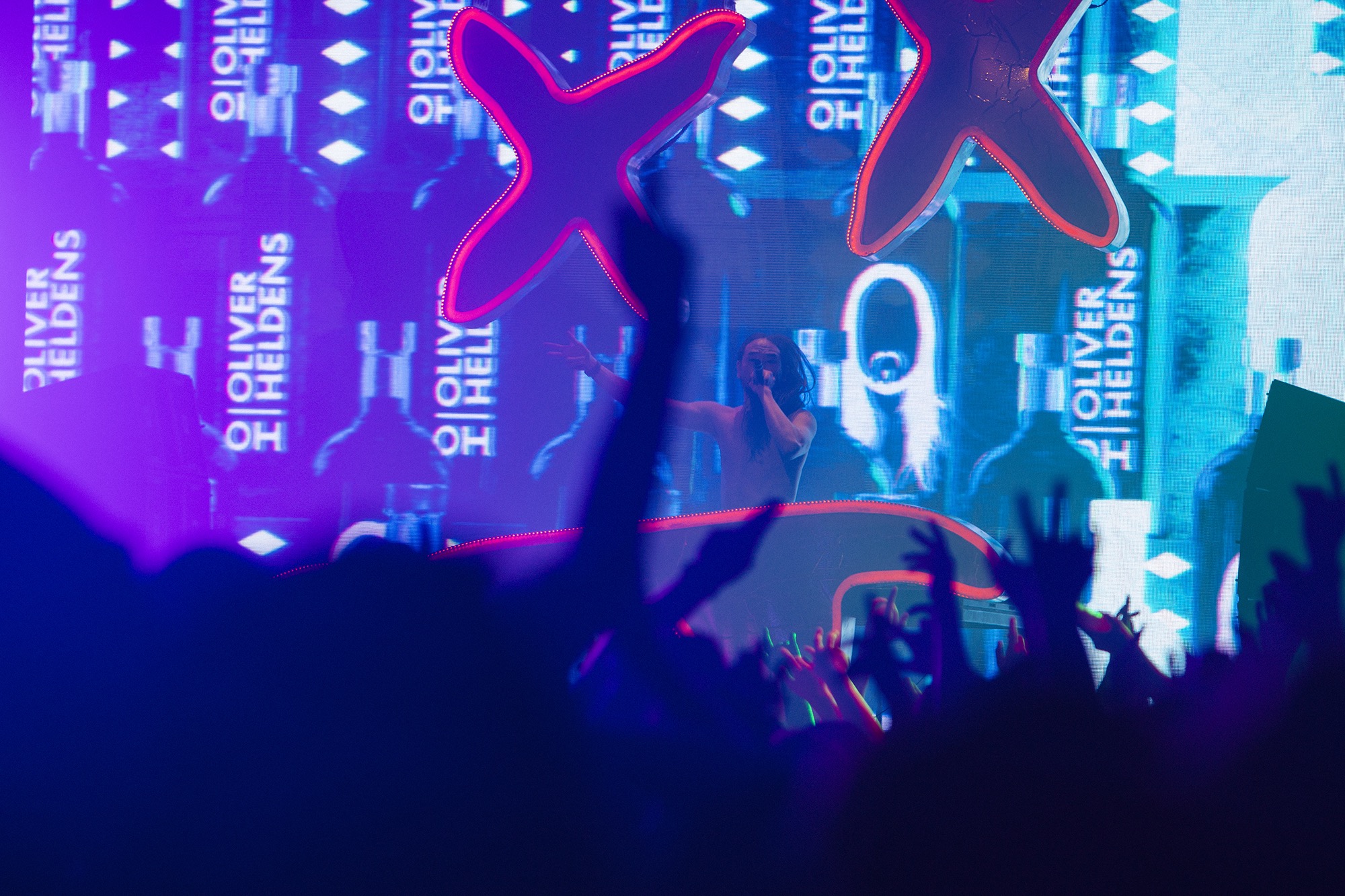 An upsurge of energy flowed through Indianapolis on Tuesday night with Steve Aoki taking his first stop in the Midwest for his ‘Kolony’ North American tour. KID, DDP and React presented Steve Aoki with Desiigner at The Pavilion at Pan Am in Indianapolis, IN.

With a grungy-styled open warehouse, the Pavilion transformed into the ultimate rave scene. The venue was filled with massive LED screens displaying vivid graphics and live feeds of the stage.

Sharing the stage with the two time Grammy-nominated producer was none other than Brooklyn born rapper Desiigner. Desiigner kick started the night, opening for Aoki with a groundbreaking performance hyping up the crowd for an unforgettable night.

Aoki took to the stage with an equally pulsating vigor instilling a radiant energy in the crowd during his 2 hour performance. With a mix of new tracks as well as more familiar tunes, Aoki performed a rich, dynamic set to a fervent crowd. Fog and confetti cannons combined with champagne were bursting off stage, enticing a crowd filled with the legendary ‘Cake Me’ signs, even more.

Aoki perfectly blended each track together in a seamless performance assuring fans not one beat was missed. With his versatile selection of tracks, Aoki redefines EDM, appealing to a variety of musical tastes by infusing different genres. Popular tracks like Nirvana’s ‘Smells Like Teen Spirit’ were included and mixed perfectly in his diverse set list, promising a performance like no other.

With the exceptional reviews of his ‘Kolony’ tour so far, Steve Aoki has already managed set the standard high for all DJ’s around the world. Aoki performed two more equally outstanding performances this week in Milwaukee, WI and Royal Oak, MI. He continues his North America tour leaving a trail of bass in every state he enters.